My favourite corner of Jamaica is the Blue Mountains without a doubt. This commanding mountain range spans several parishes in the eastern end of the island and was recognized as Jamaica’s first UNESCO world heritage site in 2015. The Blue Mountains are an ecotourist’s paradise with an abundance of conifers, ferns, bromeliads and endemic birds not seen in most other parts of the country. There’s also quite a lot to see, taste and do in these rugged hillsides, so let Adventures from Elle be your guide to this magnetic Jamaican destination which is still relatively unexplored in comparison to the resort towns up north.

1. Hike to its most formidable point: the Peak

Blue Mountain Peak is Jamaica’s highest point at 2,256m above sea level in Portland and can only be accessed on foot from a point known as Jacob’s Ladder. The walk is physically demanding but well worth it. The breathtaking views, pine trees, elfin woodland, mosses and lichens will make you feel as if you’ve stepped into a primeval era. You may be skeptical about hiking at 2am to make it for sunrise but the twinkling unspoiled views of the Milky Way, the sight of Jamaica bursting alive from the mountaintops and the green earthy wonderland which awaits on the way down when there’s no longer need for flashlights is truly an unforgettable experience. I cannot over-stress the importance of dressing warmly though. Temperatures at the Peak often hit single-digit. 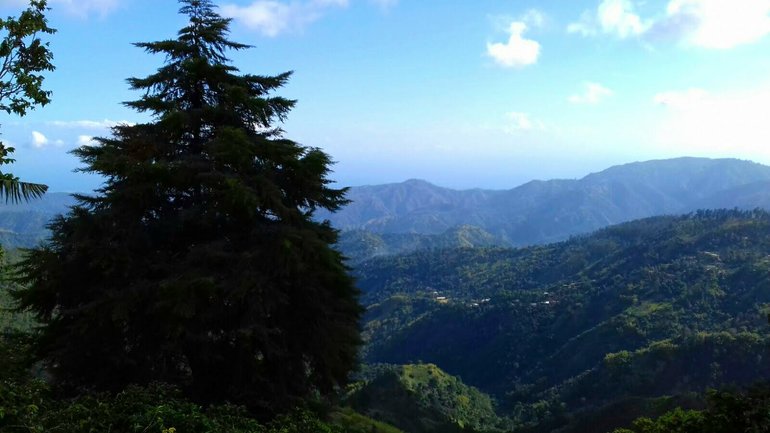 2. Enjoy some of the world’s best coffee at its source

Blue Mountain Coffee is only grown in the Blue Mountain range of eastern Jamaica ranging from 3,000 to 5,500 ft. above sea level, giving our coffee its signature mild flavour, sweetness and lack of bitterness. Dating from the 1800s, many coffee estates tucked away on these cool wet green hillsides still plant, harvest, roast and prepare coffee using time-honoured methods with minimal modern input. One place to have a farm-to-cup coffee experience is at the Lime Tree Farm, a delightful working farm which also makes for a comfortable and memorable stay.

Blue Mountain Coffee at the source

3. Jump into an ice cold waterfall, because why not

You have quite a few to choose from, many of which are unnamed or run through private property such as the one at the Raf Jam B&B. Pictured bellow is the waterfall in Penfield, Gordon Town but there are more past Holywell into the Portland parish–namely Fish Done Falls and Cascade.

Cascade Waterfall in the Blue Mountains

4. Have a delicious meal on the Blue Mountain Culinary Trail

The Jamaica Tourism Board has crafted an excellent initiative to draw attention to the lovely eateries perched alongside the road on the drive up from Papine to Irish Town and beyond. This includes restaurants and cafes like Cafe Blue, EITS Cafe and the Crystal Edge Restaurant.

5. Spend a day at Holywell

Less than an hour’s drive from Kingston, Holywell is a must-see for all lovers of nature and hiking trails. The park is blessed by the fragrance of fresh mountain air and pine trees, and at 900m above sea level, the cool temperature allows its ecosystem to support a wide variety of ferns, flowers, and trees which are rarely seen in other parts of Jamaica. It’s also a great spot for bird-watching especially in the winter months when iridescent migratory birds from the North pay us a visit, but you’ll have to be an early riser to get the full experience. 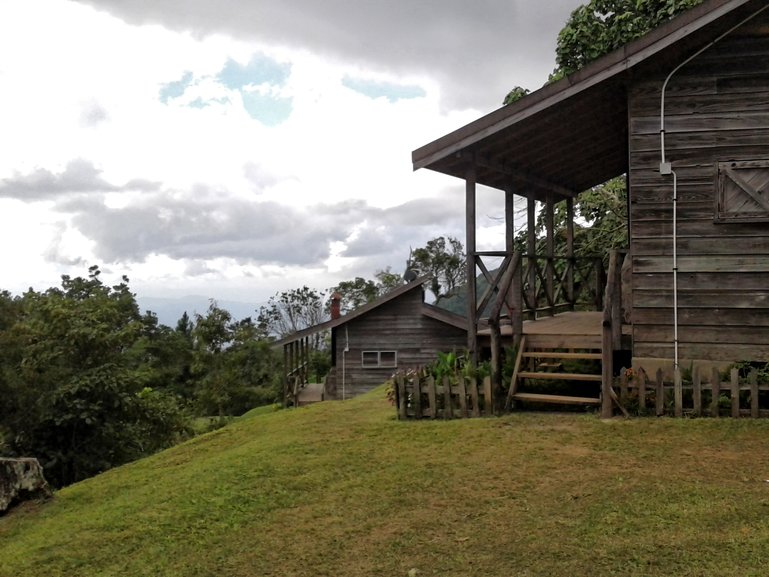 The cabins at Holywell

6. Visit the highest botanical garden of the Western Hemisphere

The Cinchona Botanical Gardens. Sitting at an altitude of 4,500 to 5,500 feet, the garden was established in 1868 to plant cinchona trees that would be used in the production of quinine, a medication used to treat malaria. Today, the garden isn’t as well maintained as in its glory days but it’s still a beautiful treasure with spectacular views and plant varieties to admire.

The Jamaican Maroons are African descendants who escaped from slavery and established free communities in the mountainous interior dating from as far back as the 1500s. To this day, the Maroons have remained autonomous and separate from Jamaican culture to an extent. Of the four remaining official maroon towns, three are found deep within the Blue Mountains– namely Moore Town, Charles Town and Scott’s Hall. Locals and foreigners alike are allowed to visit for sightseeing and educational purposes once accompanied by a guide, as well as attend many of their events. Singing, dancing, drum-playing and preparation of traditional foods form a central part of most gatherings. Moore Town in particular was listed on the UNESCO Representative List of the Intangible Cultural Heritage of Humanity in 2008 for its rich heritage. 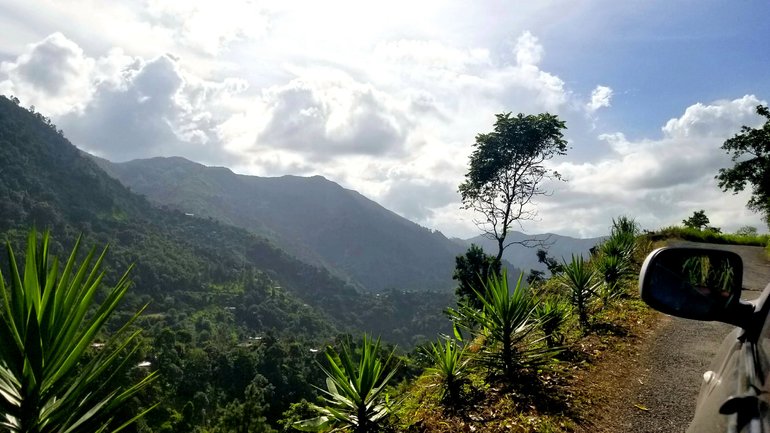 Driving through the Blue Mountains

All in all, the Blue Mountains is a stunning and diverse corner of Jamaica and I hope you’ll appreciate now why it’s by far my favourite. Remember to dress warmly or at least carry warm clothing because it gets chilly very quickly once dusk approaches. Be prepared for rain too– it’s no surprise that this corner of Jamaica gets a lot of rain. Take care on the roads; they’re very winding and the quality gets deplorable in some districts. Do your homework and find out which places are navigable by car, 4WD or foot before venturing, and of course, help us preserve the Blue Mountains by taking nothing but pictures and leaving nothing but footprints! 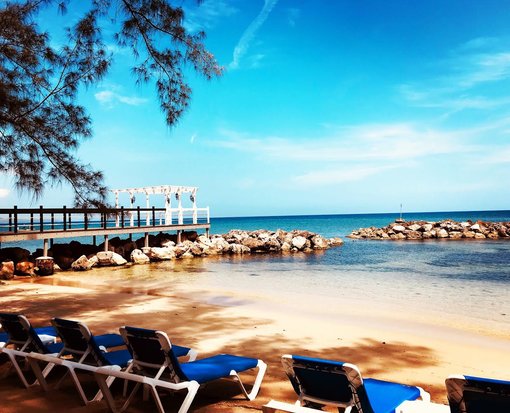