An interesting tradition during the Lent in Oaxaca City is “the Samaritan Woman Day”.

Celebrated the fourth Friday of Lent, three weeks before Holy Friday, and named for a biblical passage in which a Samaritan woman gives water to Jesus to quench his thirst.
In Oaxaca city it is customary to give fresh and typical waters of the region (Horchata of rice with melon and walnut, chilacayota, tuna, striped lemon, and others) to everyone who came to the atriums of the churches.They place and decorate large pots as wells, some with bricks, most lined with paper that simulates bricks, and palm arches decorated with bougainvillea flowers.

The people who visit Oaxaca during Lent enjoy the rich flavors and snows typical of the region. The tradition started in churches and atriums but became very popular when schools and establishments joined the festival. It is believed that the tradition began at the end of the 19th century, probably in the churches of San Francisco and La Merced, in the city of Oaxaca.

Women wear their regional costumes during this beautiful tradition that represents the best of Oaxacan hospitality, courteous and gentle people who like to share with visitors. 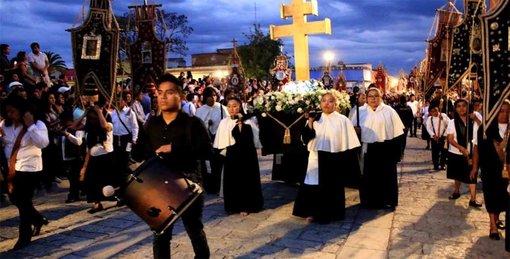 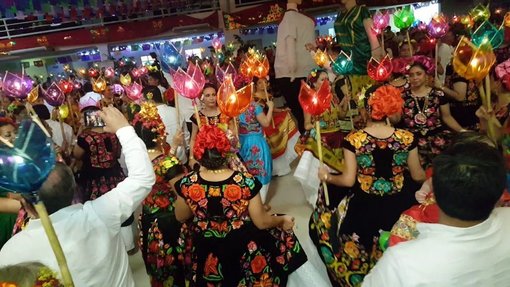 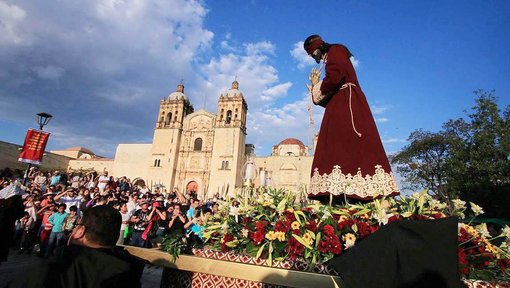 The Good Friday in Oaxaca 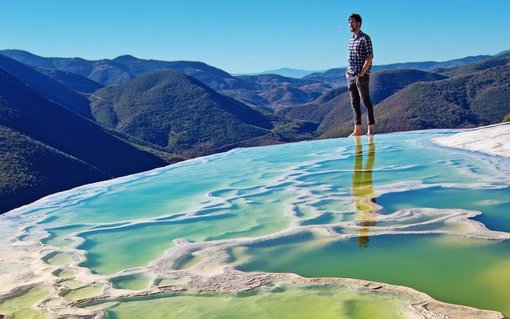