Mesa Verde National Park is in Southwest Colorado. We stayed in Cortez Colorado which allowed us to drive about 15 minutes up the road to the entrance of the park. This National Park is known for its well-preserved Ancestral Puebloan cliff dwellings, notably the huge Cliff Palace. Most of this park will be accessible by car, however, you will be able to park and get out to see some of the dwellings and pit houses. 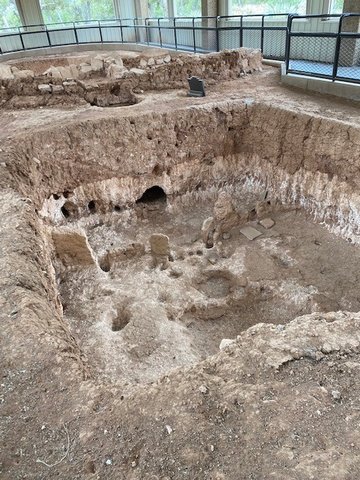 This was my first time here and I was just amazed at the beauty and ancient history that has been preserved. The park occupies over 52, 485 acres. There are over 600 cliff dwellings to view. 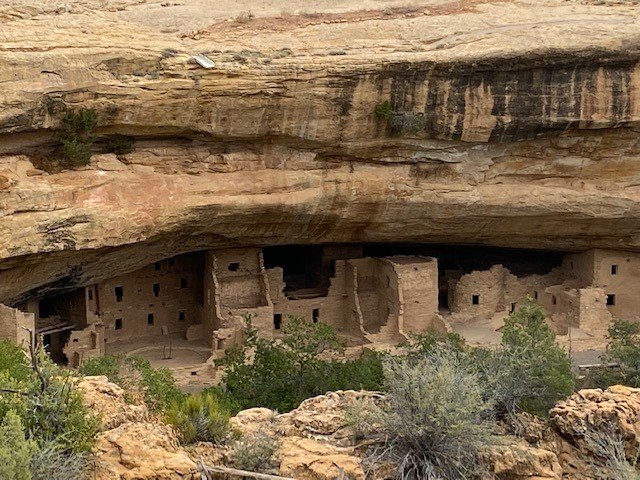 As you drive throughout the park you will see different routes that you can take. I highly recommend that you stop and take in the sights and read the history. There is so much history to be had here. Mesa Verdean villages thrived during the mid-Pueblo III Era when architects constructed massive, multi-story buildings and artisans adorned pottery with increasingly elaborate designs. Structures built during this period have been described as "among the world's greatest archaeological treasures."

Key sights to see while there are Balcony House, Cliff Palace, Long House, and Spruce Tree House. I also recommend this for children as an educational event there is so much to take in and so much to learn while here.

As far as what to wear, I would suggest dress in layers. While we were there, (end of September) the day was overcast and cool. Make sure you wear good shoes as you can be doing some walking to see the sights from afar. Bring a snack or pack a lunch as you could be spending 2-4 hours here easily. Bring a camera, video camera, and even a selfie stick to snap those amazing pictures to share with friends and family! 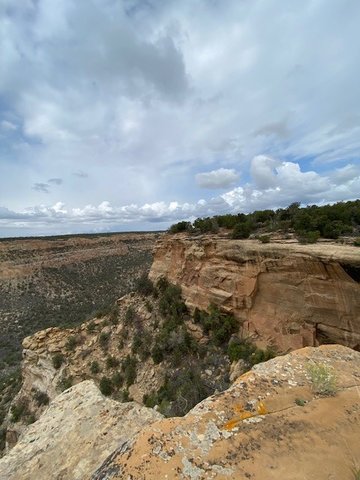 A view from Mesa Verde

Hello- My husband and I are currently traveling the USA in our Motorhome along with our dog Izzy. We started in March - 2020 and have visited 24 states. I like to give travel tips on where to stay, what to do and places to eat. I also like to give wine tips as we do frequent wineries along the way! Follow me on Instagram or Twitter for more. My blog is up, please follow me there also!