4 Experiences You Can Only Find in the French Pyrenees 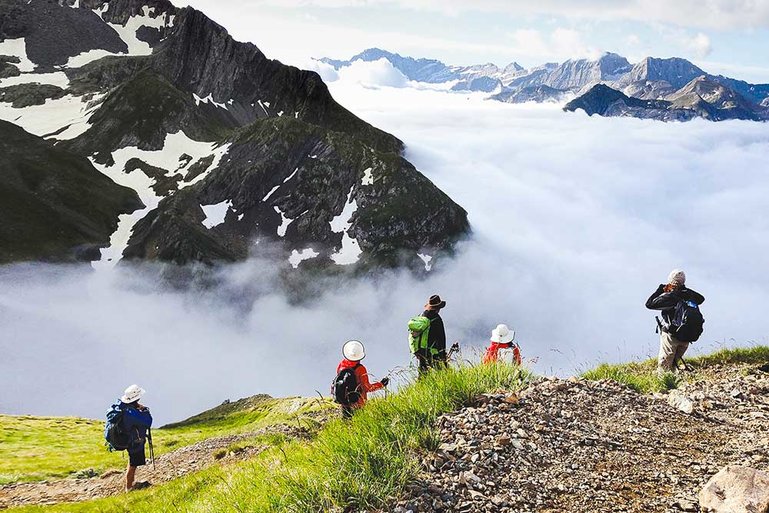 The French Pyrenees are a mountain range unlike any other. Situated along the French-Spanish border, these mountains have a distinct medieval history. Although they are less famous than their eastern sisters the Alps, their relative obscurity gives the Pyrenees a distinct peace. In the Pays-Basque, located in the lower Atlantic facing Pyrenees, the unusual Basque language, considered by many the most unique and complex in the world, is spoken rather than either French or Spanish. In so many ways the Pyrenees are a truly individual mountain range – and in mountains unlike any other there are adventures unlike any other! 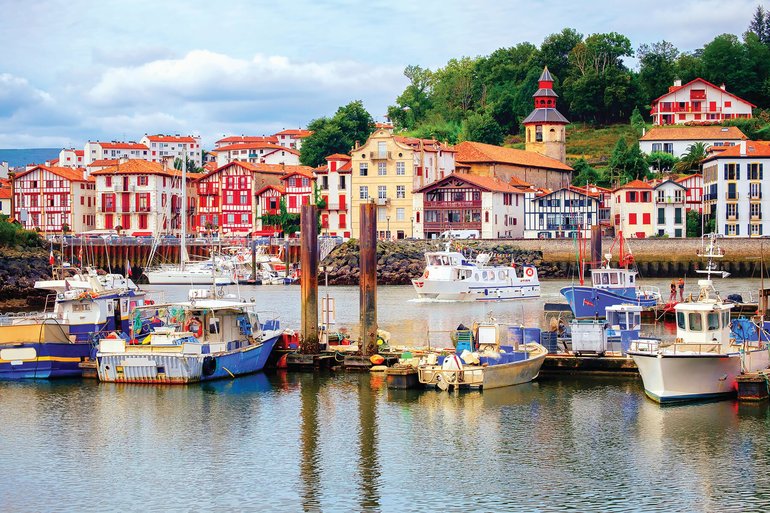 1) Journey from the Sea into the Mountains

The journey between Saint-Jean-de-Luz, an Atlantic port town, and the Refuge de Baysellance, a high mountain hut, takes you through multiple alpine biomes. Beginning beachside along the Atlantic and plains surrounding the historically infamous Saint-Jean-de-Luz, originally referred to as the port of vipers, our journey takes us upward through rolling hills and herding villages. In these villages whitewashed walls with painted shutters and orange roofs provide a distinct sense of the combination of Alpine villages and coastal ones. As we climb higher the terrain becomes more rough and the boulder fields and granite summits of the Haute Pyrenees become more prominent, before finally we ascend to walk among the magnificent peaks themselves. The journey through these environmentally and culturally distinct regions gives a sense of experiencing a true adventure, one grounded both in history and personal accomplishment! 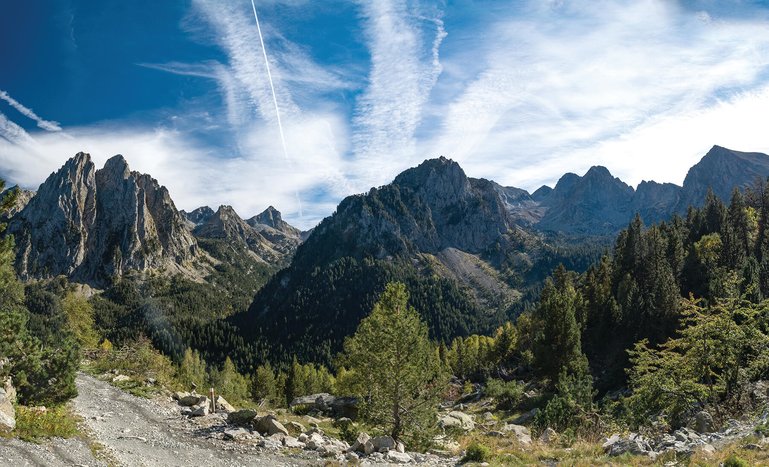 The Alpine village of Gavarnie is located in the Haute Pyrenees, the high mountains bordering Spain and France. You can spend the night far above treeline at the lonely Refuge de Bayssellance, enjoying the quiet company of the majestic peaks around you. The next morning you can descend back into the forests, down the Gavarnie valley, marked by a small forgotten hamlet of the same name. The descent from the mountains takes you above towering cliffs and past thundering waterfalls, as the desolate alpine landscape gives way to verdant forest. 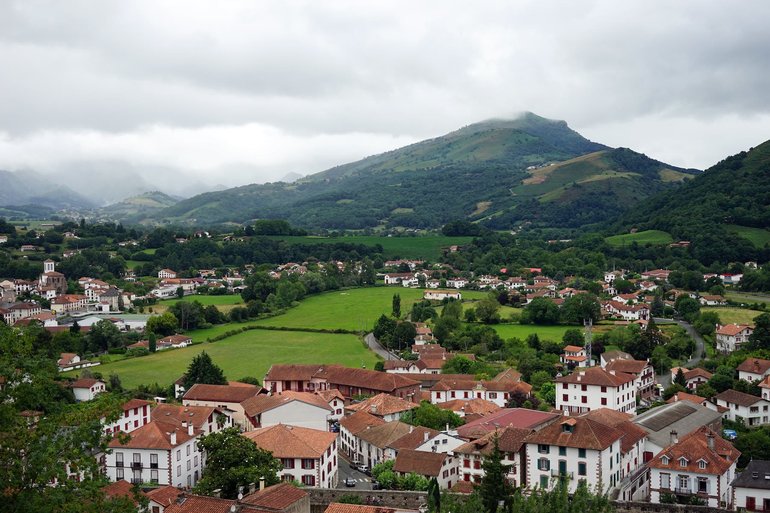 Saint-Jean-Pied-de-Port is a medieval walled city that sits at the base of the Haute Pyrenees. Originally known as Saint-Jean-le-Vieux, the original city was raised by the legendary warrior-king, Sir Richard the Lionheart. The city’s walls were reconstructed in a slightly different location due to the regions strategic importance: Saint-Jean-Pied-de-Port was the last place to rest before endeavouring in the rigorous crossing of the Pyrenees. 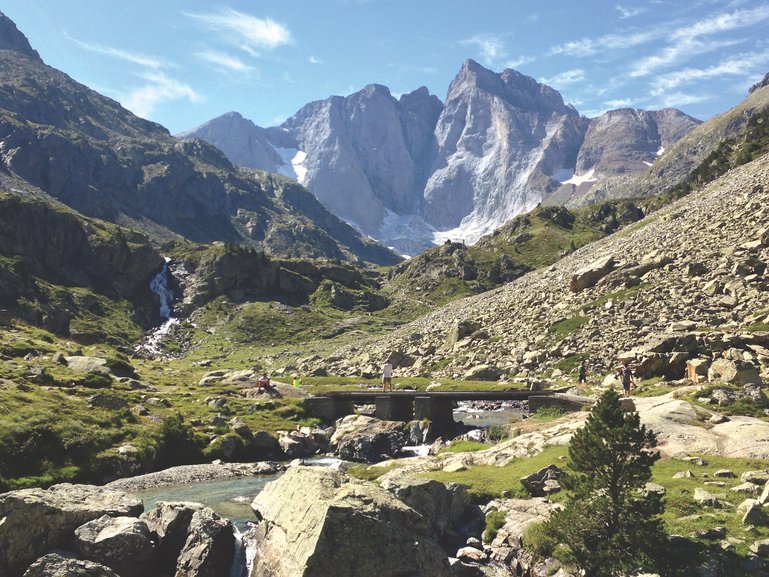 The Pyrenees-Atlantiques are located in the heart of Basque country. The Basque people have been known throughout history as being staunchly unique – for there revolutionary spirit, their mix of cultural influences, and their own unique traditions and language. When hiking through the Pyrenees you get to experience all that Basque culture has to offer, with a distinct alpine flair. While the herding villages and traditional farming practices may be reminiscent of alpine culture somewhere like the Swiss Alps, there is much about Basque culture that will immediately stand out. The Basque language is an ancient language of mysterious origin and is one of the few isolate languages in the world, meaning that it cannot be linguistically traced back to any of the other ancient languages of mainland Europe. Additionally, Basque food is a special event, often involving meats such as lamb roasted over hot coals. In particular Basque food has a more fiery flair than the fare from other Alpine regions, due to the popularity of paprika in Basque cooking. The rural Pays Basque is truly a unique place, and a place that can only truly be experienced by taking on the rustic Pyrenees mountains! 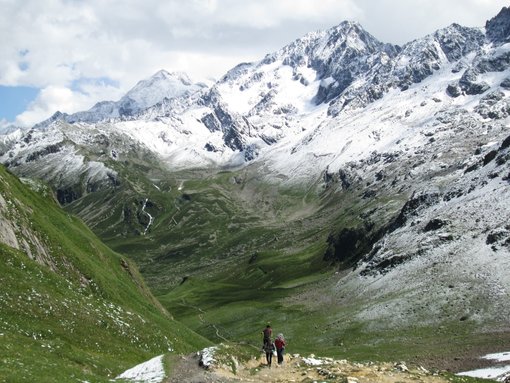 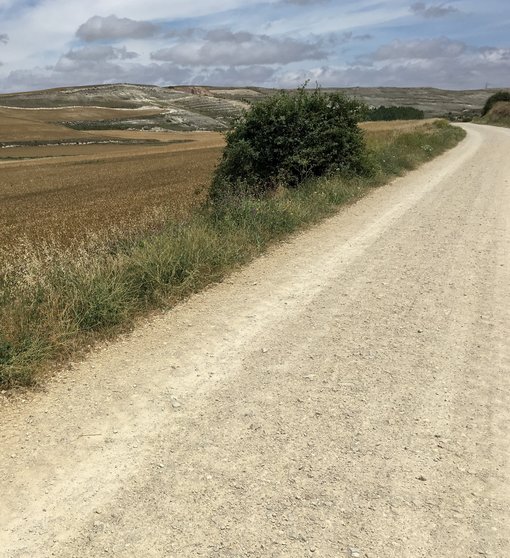 Salerno area-Naples transfer (car service) with a stop in Pompeii

Do not miss the opportunity to discover the most important parts of Montenegro, when it comes to culture and history. This 8-hour tour starts from Kotor.