When hiking on a trek that explores multiple countries you will have the engaging experience of walking over alpine borders, often entirely unmarked beyond small plaques or World War era guard buildings. The culture will often shift entirely between valleys as well! For example, on the Tour du Mont Blanc, you walk between France, Italy, and Switzerland. In each country you will experience marked differences in cuisine, attitude, and lifestyle, even when only traveling the distance between two alpine valleys.

The Tour du Mont Blanc is the ultimate multi-country trek, as well as one of the most famous hikes in Europe. The trek circumnavigates the awe-inspiring Mont Blanc Massif, connecting footpaths around the entire mountain range. The Mont Blanc itself sits comfortably nearly straddling the triple border between France, Italy, and Switzerland, with each country separated by the nearly impenetrable mountain walls of the Mont Blanc.

In history the distance between these countries was akin to weeks of travel, with very little way to navigate Western Europe’s largest mountain without journeying far into the valleys below, however today there are some truly awe-inspiring constructions allowing for travel between France and Italy, including the Aiguille du Midi and Skyway Monte Bianco cable cars as well as the Mont Blanc Tunnel.

Today, when we walk the Tour du Mont Blanc we see firsthand the cultural effect of the region’s historic separation. While all three countries are equally idyllic and pastoral, when traveling between, for example, the alpine hubs of Chamonix in France and Courmayeur in Italy, we experience a distinct change in cuisine, language, and energy. There is little more satisfying than walking between the delicious meals of French Savoyard fondues and cheese dishes to an Italian restaurant serving a delicious array of pastas, cured meats, and fresh salads. This classic trek is a highly satisfying cultural expose, as well as one of the most renowned hiking goals in the world!

The Hiker’s Haute Route begins its journey by traveling backwards through the final days of the Tour du Mont Blanc, eventually splitting off from that route and traveling deep into the Swiss Alps. The Haute Route itself was originally designed as a ski touring route meant to connect the Alpine recreation meccas of Chamonix and Zermatt. Today we hike a lower route beneath the imposing peaks and glaciers, winding through increasingly forgotten valleys as we travel toward Zermatt.

After hiking over the high mountain border between France and Switzerland we travel through French speaking Switzerland until, in the distance of a single mountain pass, the spoken tongue becomes Swiss German. Some highlights of this trek include the French town of Chamonix - perhaps the most bohemian mountain town in the world, the Swiss town of Zermatt which sits beneath the Matterhorn, and the Swiss town of Sant Luc - a charming Swiss hillside town that is dotted with Bel Epoch hotels as well as supporting a town-wide fascination with astronomy - where the clear Swiss skies support stunning stargazing and an excellent location for the local observatory. 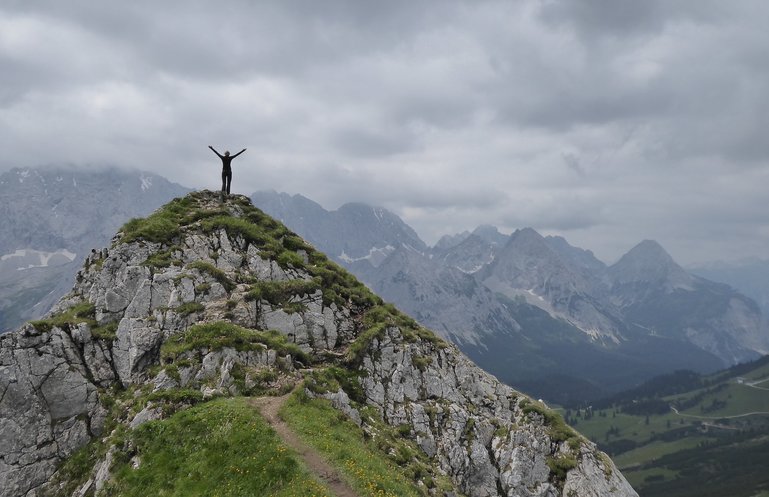 On the High Peaks of the Bavarian Tyrol trek you travel between the Germany’s Bavarian Tyrol and the Austrian Tyrol. These mountains, unlike some other multi-country trips, share a very close cultural history, with travel between the German and Austrian villages being long unobstructed. The trip itself begins beneath Germany’s highest peak, the Zugspitze, in the town of Garmisch. Garmisch is a town fallen straight from the pages of a fairy tale, with lederhosen stores on every corner and a multitude of charming historic German town houses.

From Garmisch we set out on our circumnavigation of the Zugspitze, traveling through quaint villages such as the village of Erhrwald, which supports multiple parades in which the locals dress up in traditional clothing and celebrate Austrian culture, and the village of Mittenwald, which is one of Austria’s most beautiful villages, sporting painted facades, stream/canals running through the town, and stunning views of the Alps as well as the Wetterstein range. 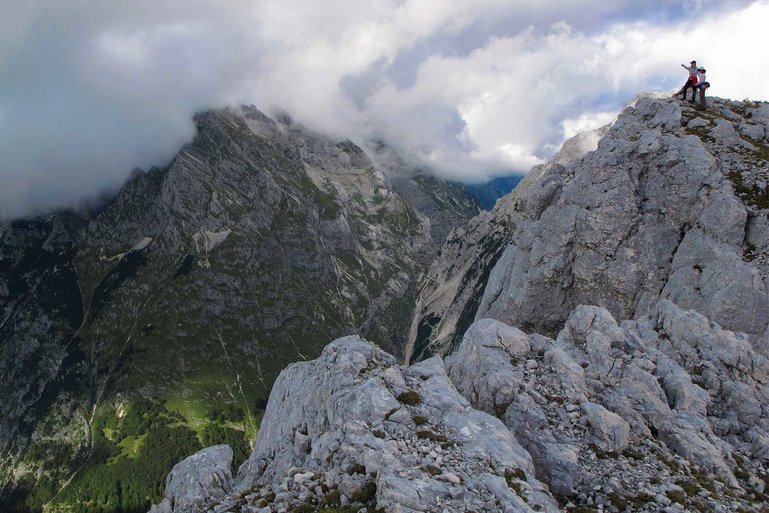 Finally, an honorable mention must be given to the Slovenian trek: the Julian Alps Triglav Circuit. On the first day of the Triglav circuit we hike up to Pec, a ridgeline that sits on the border of Austria, Italy, and Slovenia, where a monument invites you to stand in all three of these historically conflicted countries at once. When traveling along the Slovenian borders you will see many monuments to the now collapsed soviet border. Plaques and statues indicate peaceful meadows and ridgelines which used to be dotted with guard towers and fencing. This hike is truly a testament to the progress humanity as a whole has already made towards dissolving seemingly unsolvable differences. The hike itself is a magnificent trek through the still wild Triglav wilderness with its crystal-clear alpine lakes, waterfalls, and of course the stark dolomitic profiles of the Julian Alps.