The Bodensee is a wide spot in the Rhine River about 40 miles long and seven miles wide. Our 3-4 visits to the Bodensee were in the 1980s, and our impression was that it was a popular vacation spot with the natives, but for Americans and other foreigners, not so much. This seems to hold today. Rick Steves has nothing on the Bodensee and Frommer's web site points out you can go sun bathing or sailing. We went to this relatively obscure part of Germany several times to go sight seeing, because its got a lot to offer. From the ferry boat from Meersburg to Mainau Island, it looks you are on the ocean from the middle of the lake-- water, water everywhere.

Switzerland has four official languages. One of them, nobody ever heard of. Germany is another, so Lake Constance, which straddles the Swiss Gorman border is properly referred to by its German name, Bodensee (pronounced bod {as in body} 'n zee with no accented syllable). There is even a piece of the Bodensee shore in Austria-- German again. The Bodensee is part of the Rhine River. The Bodensee is an very important consideration for visitors to Switzerland because most tourists go to Switzerland to see the Alps, and escape is needed should-- better make that when-- bad weather hits. You ain't gonna see no Alps when the clouds come down to 3, 000 ft. Now you can escape clouds in the Alps by visiting Switzerland major cities, Basil, Zurich, Lucerne, and Geneva-- but this boring, really booring and more boring. When you need something interesting to do in Switzerland when you can't see the Alps, head for the Bodensee.

But mostly we visited the Bodensee when traveling in Germany because its not heavily visited by the typical tourist mobs, and it has a lot to offer:

The top sights are: 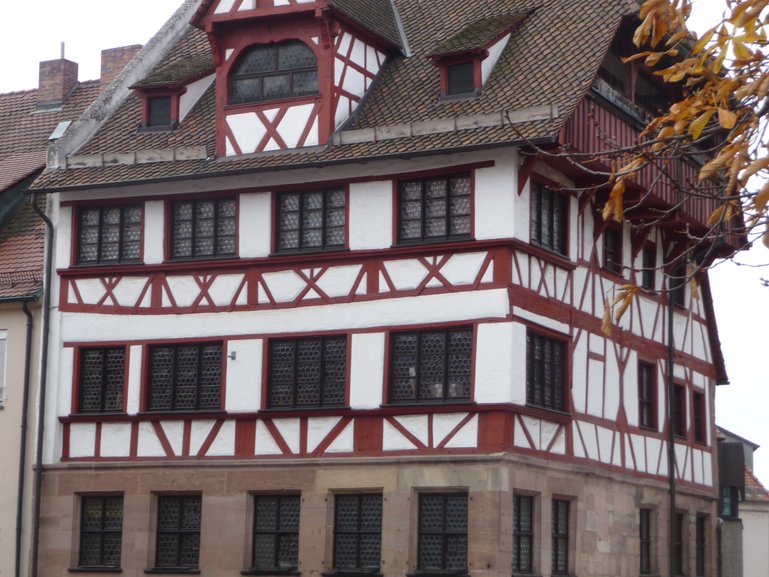 On the Swiss Side

Konstanz (Constance) is German but on the Swiss side of the lake. There is convoluted road access from Germany without going into Switzerland or, and probably the best choice, arrive by ferry boat from the German (north) shore of the lake.

Kreuzlingen is the Swiss part of the larger German town, Constance or Konstanz. It sits on top of a moraine left by an Ice Age glacier. Not unattractive, not great either.

On the German Shore

The ancient island city of Lindau is the major attraction for foreign visitors, but I suspect the natives go for Mainau Island as their top choice. Lindau has some historic importance. It might have been one of the Free Cites of the Holy Roman Empire. As the old city pretty much covered the island, once you get out onto the island, ancient EU is all you get. But, we prefer nearby Meersburg. We have visited Lindau once. Drove right on past in on 2 or 3 other trips to go to Meersburg. Lindau is only a few feet above the lake surface. Old Meersburg sits on top of small cliff overlooking the lake. The town square is attractive as is the cliff top path to the former archbishop's gardens.

Uberlingen, a renaissance town is west of Meersberg. The Gothic cathedral, and the Cathedral Square and town hall are the top sights.

The largest island in the Bodensee, Reichenal Island is a UNESCO World Heritage site for three ancient churches dating from the year 724 CE. Getting to Reichenal is more than a little convoluted. A peninsula splits Lake Constance at its western end and Reichenal Island is off the shore of the peninsula, well south of the north (German) shore of the lake. It is more or lees directly accessed from the Swiss side though Konstanz, but its a convoluted trip to get there from the German shore by going around the west end of the lake. However you do it, getting there by road passes thorough a large wildlife refuge known for its birds set in a reedy marsh on the banks of the mainland.

I was taken with Reichenal Island, probably because I had just come off an extended drive through the Austrian Alps and German Alpine Road. Card table flat Reichenal Island with its vegetable/e farms and vineyards was a striking contrast, so I stayed overnight. The Reichenal Island chamber of commerce says Reichenal Island is a tourist attraction with 220, 000 visitors a year. Ha! . I once counted the number of tour bus parking spaces at the Melk Abby-- 62. For the standard 50 passenger bus that's a bus visitor capacity of over 1, 000, 000 per year. Melk is an attraction. Reichenal Island is nice break off the beaten path.

There is a cluster of interesting tourist attractions going north of the west end of Lake Constance. Salem: Gothic church, Abby, and castle: Weingarten; Zeifalten; and Ulm whose Gothic Cathedrals has the world's highest steeple, more than 500 ft. , the old town, especially the fisherman's quarter; Spectacular baroque churches at

Its about 60 miles from Fussen to Lindau on the Bodensee. Fussen a terminus for two of Germany's best road trips, the Romantic Road and the German Alpine Road (see the Tip "Germany's Official Scenic Roads") It is easy to extend a trip on either of these routes to the Bodensee area, and far more rewarding than going to Munich. Take the less obvious route from Fussen by going northwest to the Baroque Ottobrunnen Abby with one of the largest and most spectacular barque churches in the EU.

So here is a road trip putting all this together. Fly to Munich, Spend arrival day and the next day in Munich. Head to Salzburg and take the German Alpine Road to the Bodensee as described. Go north to Ulm, as described above, then connect to the Romantic Road at Augsburg to Rothenburg o. d. T. and on to Wurzburg. Make it roundtrip by going back to MUC or do an open jaw via Heisenberg to FRA. I've assembled this from bits and pieces of several road trips, but I'm pretty sure this an easy do by car. Maybe by public transportation.

Carefully research the rules for driving in the tree countries, especially for what amounts to entry fees to use the roads which may or may not apply if you stay off the expressways 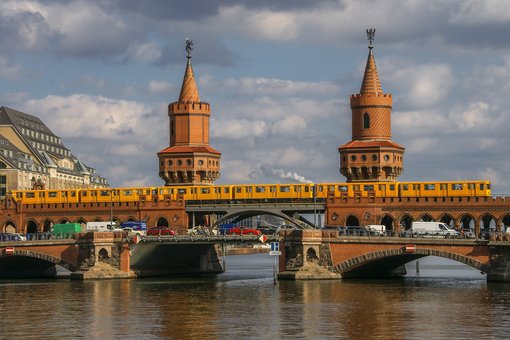