Remember when you were a child and heard stories of magical fairytale castles and towns filled with gingerbread-like houses? You began to dream about what it would be like to walk out on the balcony of a beautiful castle that’s high up in the clouds. Or what it would be like to walk over a small bridge along a serene river with just a single cabin nearby and nothing else but nature surrounding you. Or if your holiday gingerbread towns and Hasbro’s Candy Land game came to life.

Once I began to grow up, I came to the sad realization that these ideas were not real life. They were just fun stories and dreams. Little did I know - those childhood stories and fantasies would appear again later in my life. Except, this time, they were real.

Every time you travel, you discover more about the world and about yourself, so much more than you ever could have imagined. On my trip to Bavaria, Germany, I experienced my own feeling of magic. I felt awe. I felt inspiration. I felt tranquility. I felt pure bliss in this fairytale that I call life.

Many people who visit Southern Germany (Bavaria), visit Munich. Munich is nice, but the real magic begins when you venture outside of the big city. It happens when you leave your comfort zone and last-minute rent a small German car to drive 200km/hr+ (125mi+) on the Autobahn to a place you can barely pronounce. 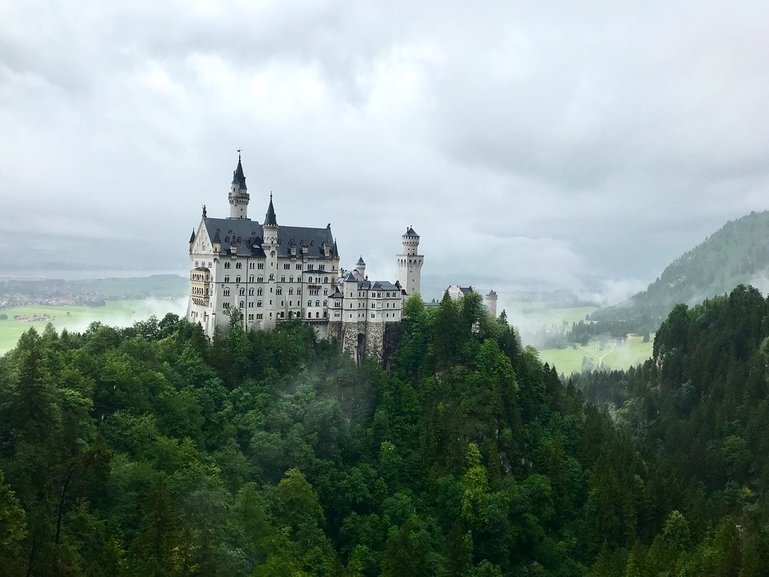 Neuschwanstein is located about an house and a half southeast of Munich. Most people have heard of this castle. After all, it was the model for the Disney castles.

Something that I find interesting about the castle is that King Ludwig II built this castle in the late 1800s to withdraw from public life, yet now over a million people visit this castle every year. Although so many visitors flock to the castle, there is still a feeling of solitude, like you’re on top of the world without anyone else around, when you look at this castle in the sky. I did a bike tour around the property, getting to see every angle of the castle, truly feeling like I was the main character of a fairytale. 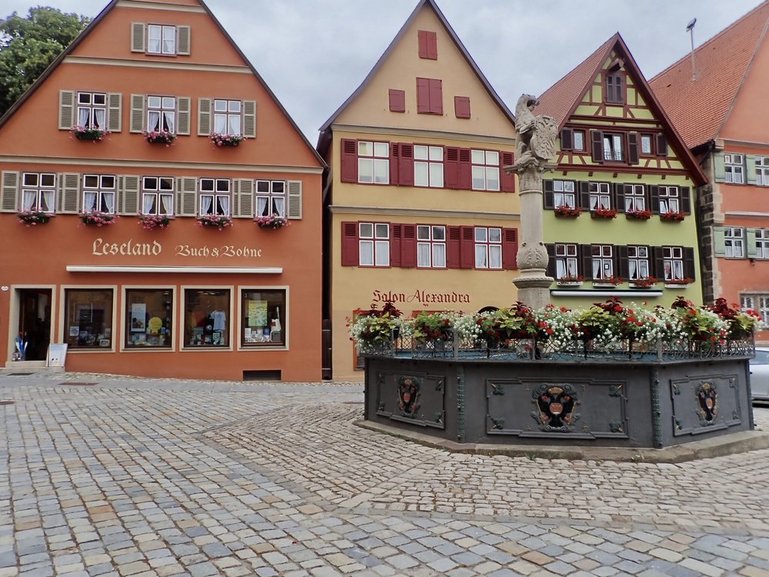 The builders of the houses in Dinkelsbühl really got their design down pat over 400 years ago – no candy canes or yule logs falling off these houses. My friend and I were both speechless as we drove into the city. We spent hours exploring the winding roads, taking endless photos, and of course enjoying some soft pretzels followed by the cherished seasonal white asparagus with Hollandaise. This town is one of the best-preserved medieval towns in the country. With its bright colors and enchanting atmosphere, you are embraced with hospitality. 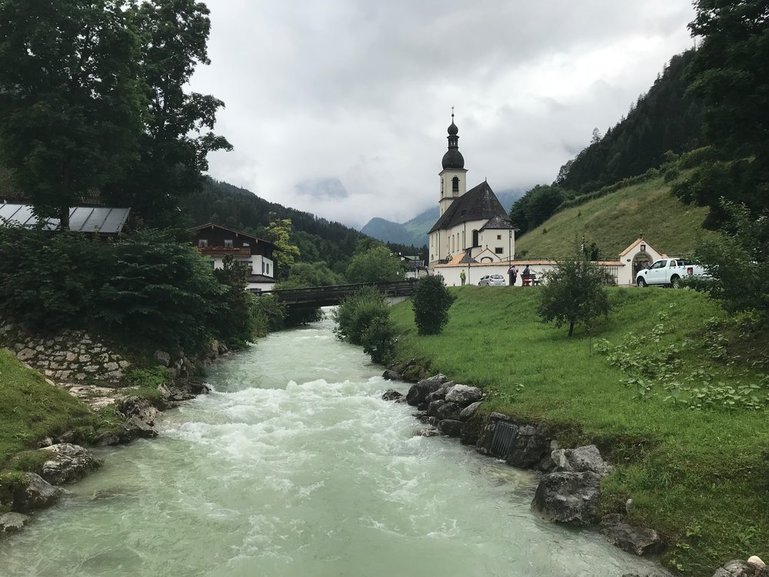 Road trip number three in Bavaria consisted of what seemed like a route to the middle of nowhere. After driving downhill through the twists and turns of the Bavarian Alps, we finally spotted a small town along a river in the distance. It was our destination! A serene little town with a population of less than 2,000 people was waiting for us. We parked and began to walk, noticing our only company on this cool morning were small birds, squirrels, and a bright flowing stream. 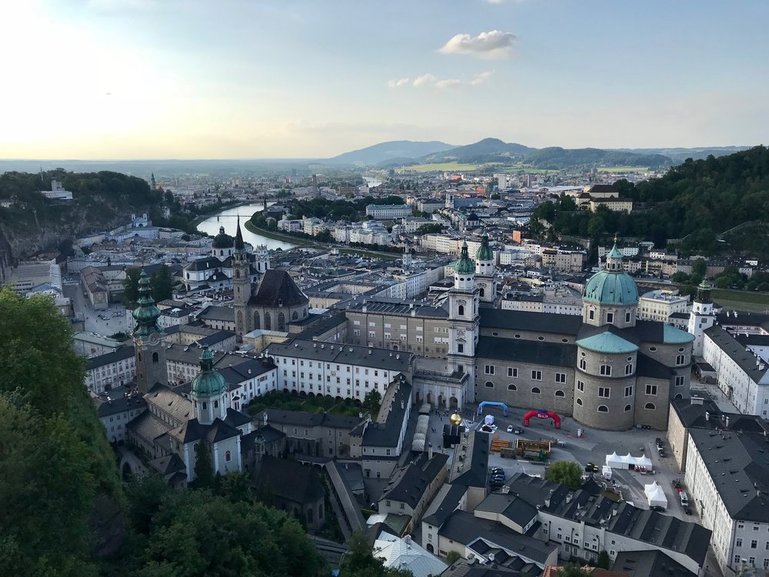 Austria couldn’t get by without an honorable mention, especially when you casually take an afternoon trip to another country. To top it all off, the Sound of Music was partially filmed at Schloss Hellbrunn, right over the Austrian border. The neighboring city of Salzburg was filled with melodies, happiness, and joy, just as you’d picture Mozart enjoying.

The Fairytale that is Life

After exploring Neuschwanstein, Dinkelsbühl, Nördlingen, Rothenburg, Ramsau bei Berchtesgaden, Chiemsee, Hellbrunn, and Salzburg, I remembered exactly why I fell in love with traveling in the first place. Traveling connects you with the world around you, and it teaches you that you can truly have the whole world in your hands, but you must seek it out. Dreams do become a reality when you travel, especially when it’s as simple as telling someone what you want as your reality, and they make it appear right in front of you. That’s what Facilitate Luxury’s passion is – watching you reinvent the unforgettable. 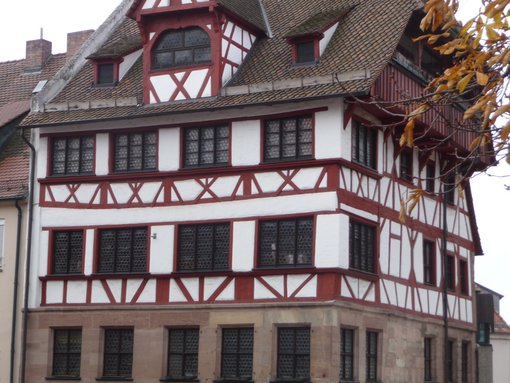 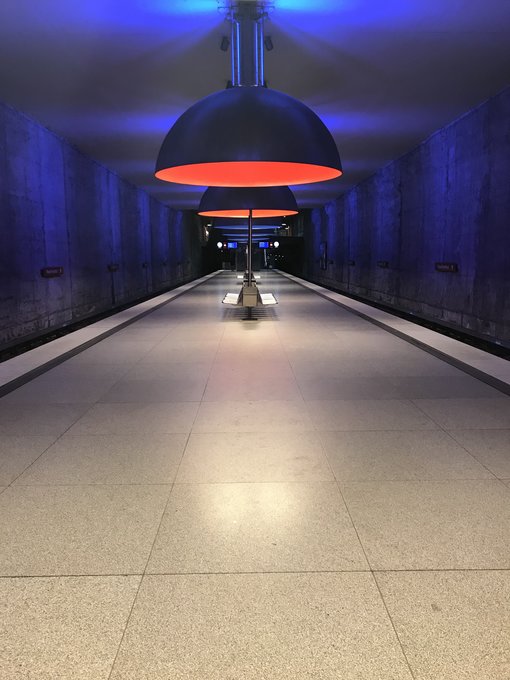