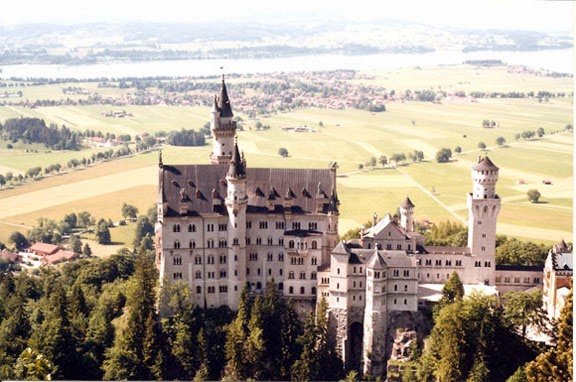 Neuschwanstein makes an easy day trip or one-day extension after the tour. Here are some photos of Neuschwanstein and Hohenschwangau, the often unknown and underrated castle that sits next door. 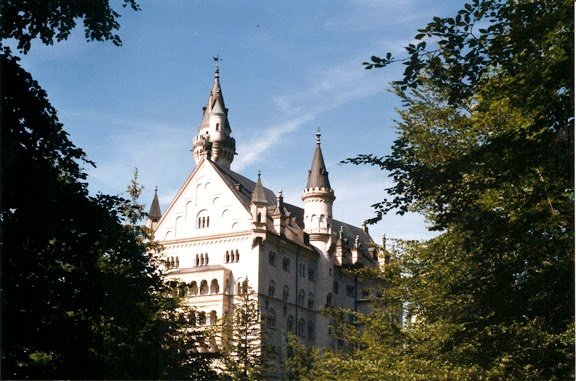 Neuschwanstein is THE castle that people imagine when they think of fairytales and sleeping beauties. It’s one of the most photographed buildings in Germany, and it’s been featured in countless magazines, books and films. It’s also widely believed that Neuschwanstein inspired the Sleeping Beauty Castle at Disney’s Magic Kingdom, but building the castle wasn’t always “magic.”

King Ludwig II started construction of the castle in 1869 and he racked up a sizable credit card bill while doing so. The Bavarian government eventually deposed the king, so the castle was never finished. Interestingly, while the outside of the castle looks complete, many of the interior rooms remain totally bare.

You can tour the interior of the castle, but since so many of the rooms were left unfinished, the tour ends pretty quickly. For princely furnishings, however, look no further than Hohenschwangau, King Ludwig II’s childhood home which lies next door. 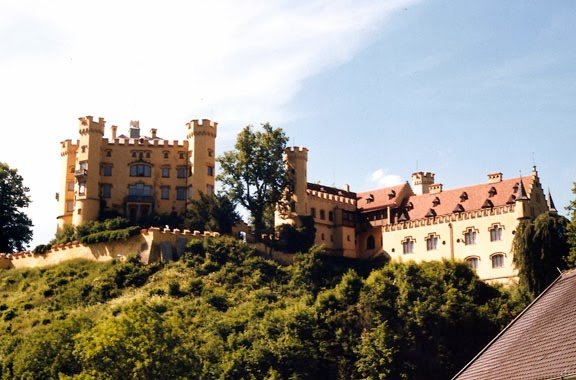 The two castles sit in close proximity to each other. King Ludwig II spent his childhood in Hohenschwangau, (above), then tried to out do his parents by building Neuschwanstein. In actual fact, Neuschwanstein was just one of King Ludwig II’s many elaborate building projects, some of which were never finished.
Both hilltop castles warrant a visit, but beware, 1.4 million people visit these castles every year. This is tourism at its finest. 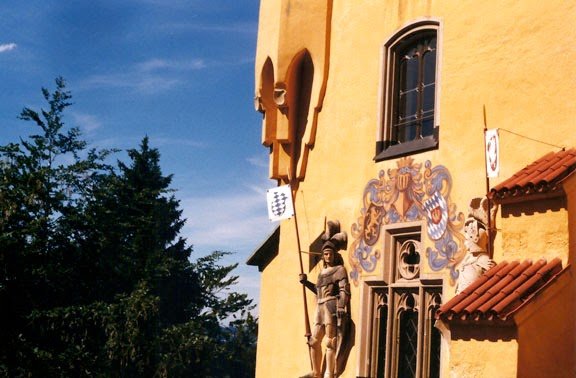 Our recommendation: Visit the castles, just so you can say that you’ve seen them. Both tours are relatively short, but after standing in line for one, you probably won’t feel like doing another. If nothing else, shoot photos of Neuschwanstein’s exterior, then tour the interior of Hohenschwangau to see how the Royals lived during the 1800’s. The Marienbrucke (Mary’s Bridge) is a great spot to grab the Neuschwanstein photo that you see in so many magazines. Grab your photos, take a tour or two, then wander around the Alpsee which is the big lake to the south of the castles. Pack a lunch, or stop for refreshment at a lakeside beer garden. If you have extra time, and you’re feeling extra historical, than visit the Museum of Bavarian Kings which is also nearby.

Before you go: The Hohenschwangau Ticket Center is the go-to source for ticket prices, maps and tourist info.
Travel: Bahn.com is the main site for the Germany’s railway system. Doing a quick search from Garmisch-Partenkirchen (the finish of our Bavarian Tyrol hike) to Hohenschwangau, yields a travel time of two hours and six minutes with an 8:04 departure and 2 changes. A more convenient departure (no changes) leaves at 9:40 but lands you at the castles just shy of noon.

From Hohenschwangau, it’s just two and-a-half hours back to Munich. 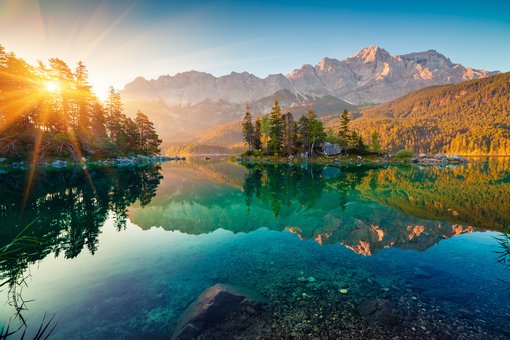 5 Reasons to Hike Around Germany’s Highest Peak, the Zugspit