Vienna is the capital of Austria. Being the capital, also makes it one of the most sought after places in Austria. I went to Vienna and had a 24-hour layover because my next flight was the following day. So, I took a taxi which costs about 20 euros from the Airport to the Apartment I had booked. Left my things at home and started exploring the city. It was March so there was light until 6 O'clock so I had time. I started exploring the area on foot. Vienna amazes people, I was in AWE after each building I passed.

The apartment was located near the Votivpark and Sigmund Freud Park, which was amazing to see. The beautiful Thanksgiving church was located in that park, this is one of the three most famous churches in Vienna. The park is dominated by lawns and small statues.

Meanwhile, the Sigmund Freud Park was located between the university and the Votivpark, and let me tell you it was the perfect place for a picnic.

Then I walked to the streets of Vienna, the small droplets of rain, and me having no umbrella made the walk perfect. I watched the luxurious shops that sold different clothes from different brands, I watched the coffee shops with a few people inside enjoying the warmth of their drink in an early spring evening, I watched the people walking the streets, the street musicians singing or dancing, and all in between. It was a world without the sense of the pandemic that was going to follow in a few days.

I got back at the apartment with my feet hurting from wanting to see as much of Vienna as I could. I was happy.

The next day, I got the bus with the name "Stephanplats", just outside the metro. And the ride took about 10 minutes, 10 minutes I was pointing things with my finger and saying to myself look how beautiful is that, and this and there. I arrived at the famous Stephanplatz. It was one of the most beautiful views of Europe ever. The Stephansdomen Cathedral with its gothic look was in front of me. I had dreamed about that moment since forever. I stood there, looking smaller than ever, and the cathedral looking bigger than ever. It was a majestic feeling. I was inspired to write books, and movies, and songs and poems at that very same moment while the rain was falling on my face as I was admiring the cathedral I reminded myself to go in. 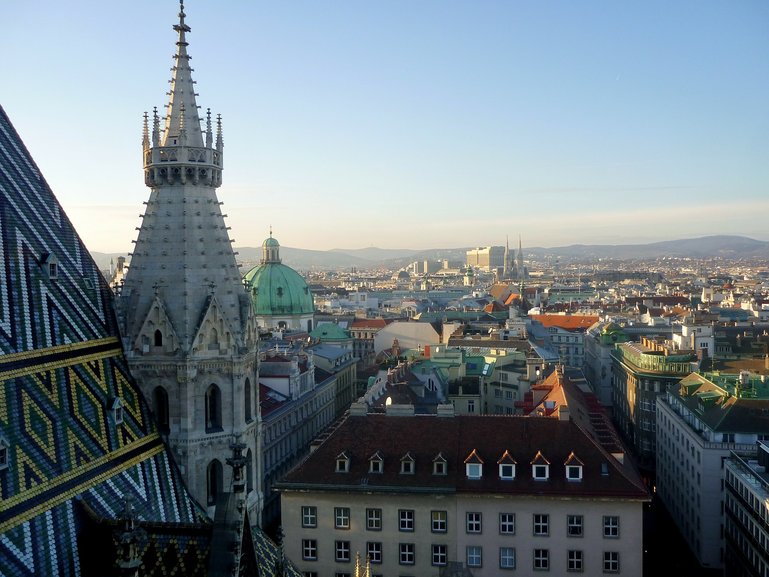 The entrance was free, to my amazement, it was really free, and it cost 12 euros to go to the top of the cathedral. I was up for both. I got inside, with many other people who were as amazed or less amazed than me. It was a wonderful place, with a lot of atmospheres that date probably in medieval times. I got on the stairway to heaven, because that's what I saw from outside of the walls of that cathedral. I saw the entire city below me, and me there, living the moment. What a Feeling! 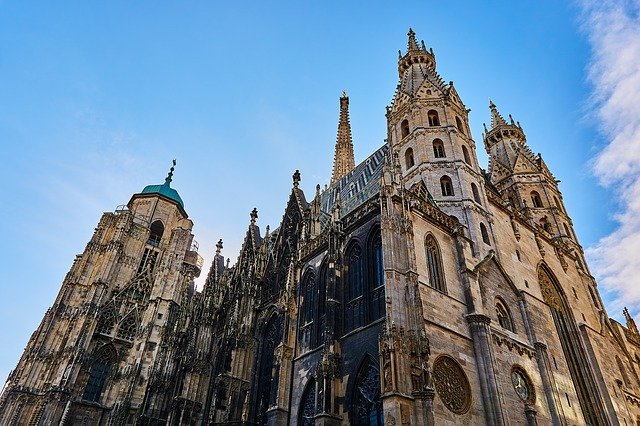 After visiting this gem, I spend some time going from shop to shop just to feel enough Viennese. I stopped at the Princes Konditoriet which was one of the oldest coffee shops in Vienna. I had a cappuccino and a cinnamon roll which were very cheap comparing to other European capitals. The waitresses were dressed in pretty pastel pink colors, they were really friendly and welcoming. I enjoyed my coffee while looking outside on the street and thinking of all the people who grew up in that area, how lucky they were? But did they felt as lucky as me being for the first time in that city?

The clock was ticking. I found the train station which was pretty close to the Stephanplatz, and just for 8 euros and a train change, I found myself at the airport flying towards Stockholm.

You can get the best experience in Vienna in 24 hours just like I did.

Hello, my name is Genta and I am a travel content writer. I love traveling as much as I love writing about the places I see. Follow me on Instagram for more travel photos. @gj_genta 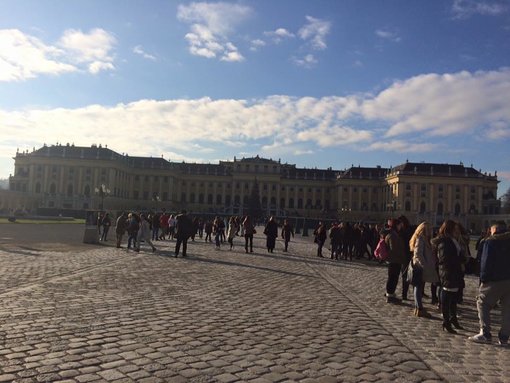 Vienna, when everything started 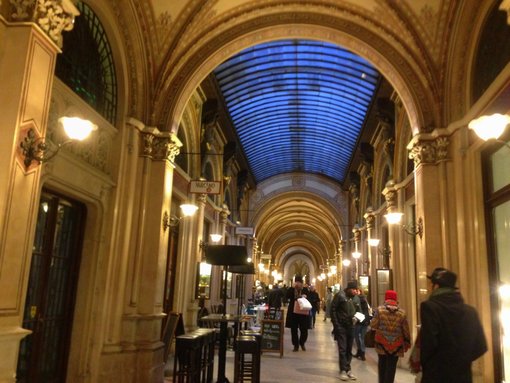