Istanbul in Turkey is an exciting and dynamic city and could potentially be a popular post-COVID destination. It certainly has a lot to offer. Sometimes it's tough prioritising when you it's your first visit to a new city, especially if your time is limited. To help out, here's our choice of highlights in Istanbul for first time visitors!

Istanbul is a fascinating multicultural city with one foot on either side of the Bosphorus Strait. It is unique in that it is the only city in the world to straddle two continents - Europe and Asia. There is so much to see and do in Istanbul that the following suggestions are merely the tip of the iceberg. Indeed, it's likely that you won't have enough time to take in all that the city has to offer in one hit. Istanbul is incredibly rich both culturally and historically, but additionally the city offers great shopping, diverse nightlife, cutting edge restaurants and cool neighbourhoods. Without further ado, here are ten highlights of Istanbul for first time visitors: 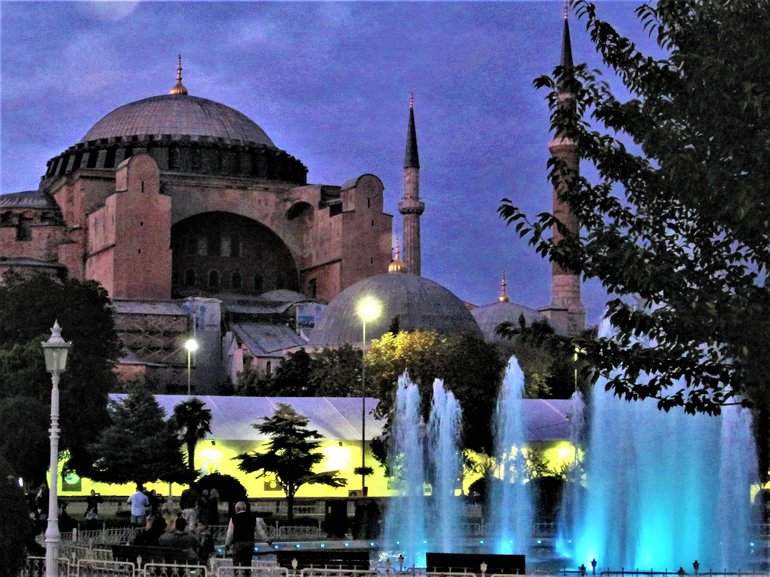 1) Take a Cruise or Ferry Ride on the Bosphorus

A boat ride is a great way to gain a perspective of the city. Indeed, there are a wide variety of cruises and ferries that ply the waters of the Bosphorus Strait. Cruises offer visitors an opportunity to take in both the Asian and European shores. The boats pass several palaces together with the Selimiye Barracks, where Florence Nightingale was based, and the Maiden's Tower, a city landmark. The boats often stop at Ortakoy, an arts and crafts village with a vibrant café scene. During the summer, sunset tours are popular. 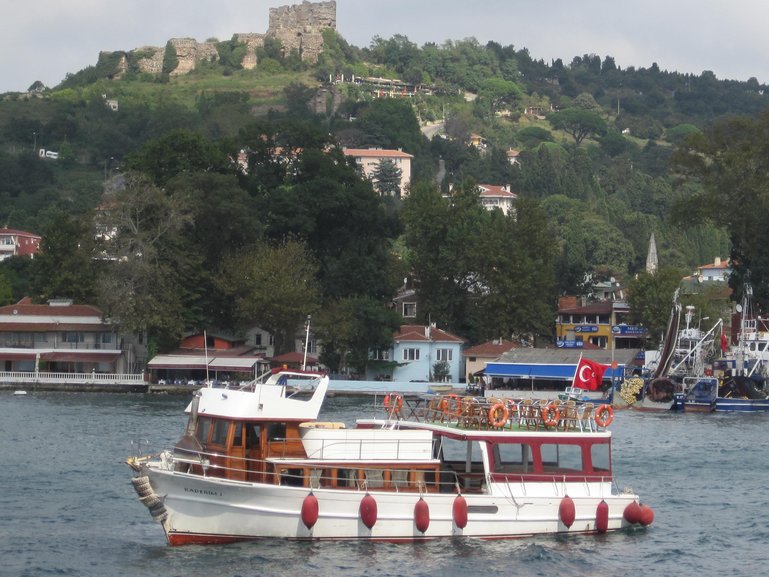 On the Bosphorus Strait

2) Enjoy a Drink with a View

There are no shortage of rooftop bars in Istanbul and it's easy to understand why they are so popular. It doesn't get any better than having a drink or bite to eat while taking in the city's stunning skyline of minarets and bridges or gazing across at the spectacular Blue Mosque. There are bars to suit all budgets. From swanky bars specialising in fine dining to cheap and cheerful joints where the local beer flows. Istanbul has it all. What the bars all have in common are incredible views.

3) Immerse yourself in the Splendour of Topkapi Palace

The headquarters of the Ottoman Empire during the 15th-17th centuries, this beautiful palace is now a museum. The Topkapi Palace has an impressive collection of historical artefacts. These include the crown jewels of the Treasury and the famous Topkapi Dagger. Generations of sultans lived at the palace and the intriguing harem is where their many wives were housed. There are four courtyards, each with a fountain, and the garden at the rear has spectacular views over the Bosphorus Strait. 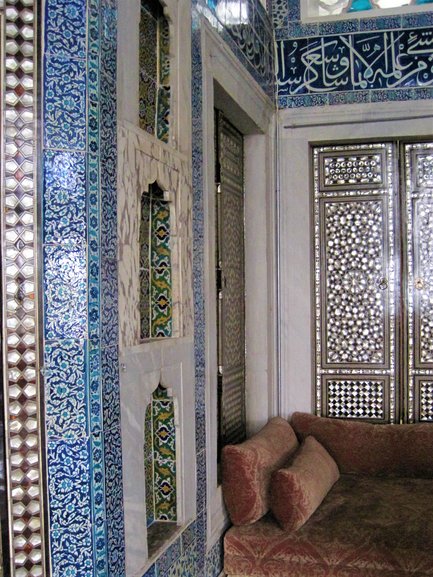 Inside the Topkapi Palace

4) Go Underground in Istanbul at the Basilica Cistern

The columns and ceiling in this cavernous ancient water cistern are illuminated by coloured lights which reflect on the water. Indeed, the scene is incredibly atmospheric, so much so that the James Bond movie, From Russa with Love, was shot there. As you stroll along the walkways, you can see fish swimming in the water. At the end of the walkway, there is an impressive upside-down sculpture of Medusa's head at the base of one of the columns. The unusual attraction is worth a visit for the eerie atmosphere and brilliant display of Byzantine engineering. 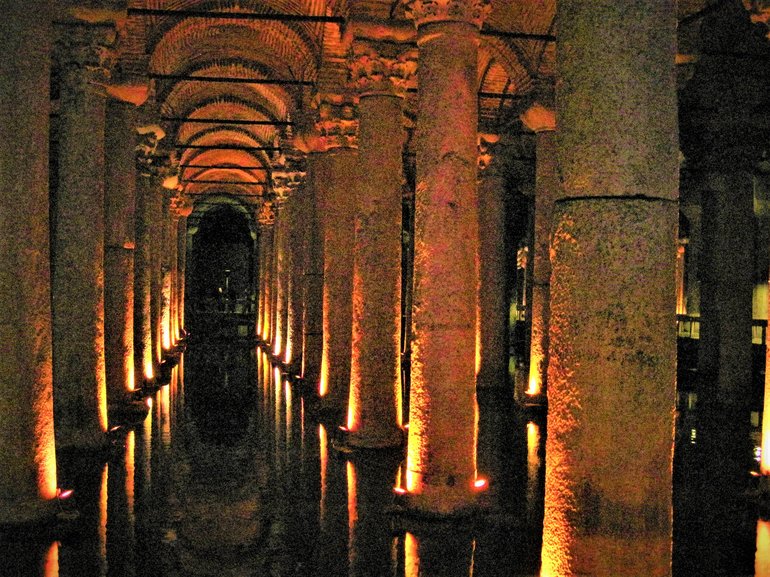 5) Check out the Historic Hagia Sofya

This ancient orthodox church dates back to 537. It became a mosque in 1453 and then a museum in 1935. It's one of the city's most popular attractions and was an important place of worship for both the Byzantine and Ottoman empires. The architecture of the building is impressive indeed, with the main feature being the magnificent dome which is 43 metres wide. Byzantine murals, which date back to the 12th century, cover the dome's gallery. There are views of the Blue Mosque from the second floor windows.

6) Shop Till you Drop at the Grand Bazaar

It's easy to get lost in the maze of passages and streets that form the Grand Bazaar. Each trade has its own specific area, whether it's leather, jewellery ceramics, souvenirs or, of course, carpets. Indeed, if you use your haggling skills effectively, it's possible to pick up some great bargains. The Grand Bazaar consists of approximately sixty streets, five thousand shops and sixty cafes and restaurants. Consequently, you can shop till you drop and afterwards sample some tasty Turkish cuisine at one of the many eateries. 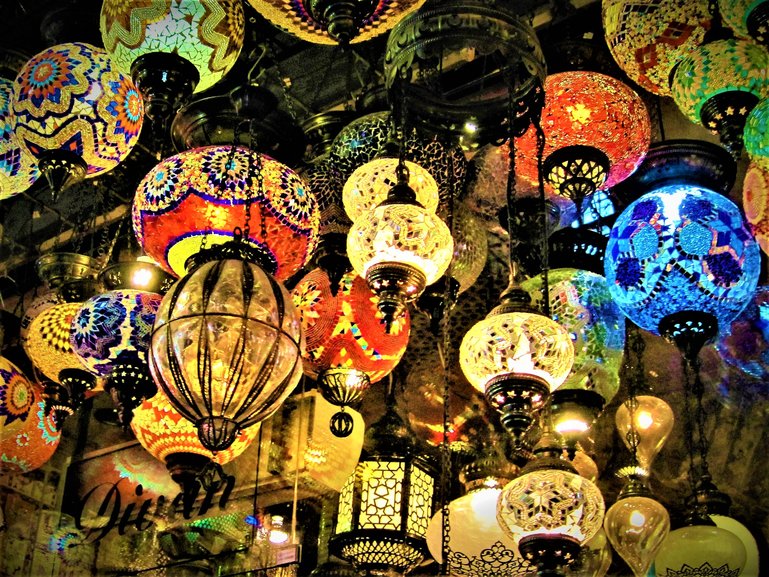 Lamps at the Grand Bazaar

One of Istanbul's most impressive pieces of architecture, the Blue Mosque is easily identified by its six magnificent minarets. Its name derives from the blue tiled interior – 20,000 turquoise handmade tiles, each decorated with red tulips. Additionally, the mosque is home to two hundred beautiful stained-glass windows. Constructed in the 17th century, the Blue Mosque remains a functioning place of worship. Calls to prayer take place six times a day. Outside of prayer times, the mosque is open to the public for those who are wearing appropriate dress. 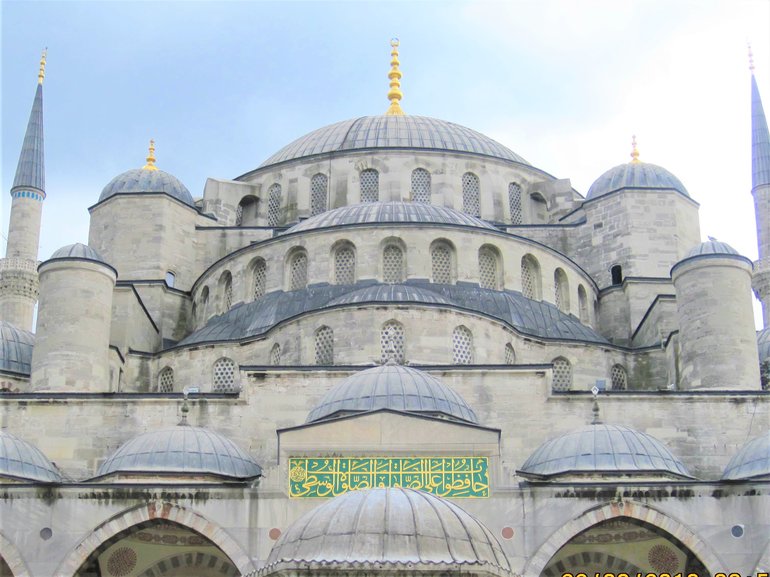 The mesmerising sight of a whirling dervish spinning around in a trance-like state is one of the must-see experiences to have whilst in Istanbul. This unique form of prayer was founded by Persian poet and mystic, Rumi, in the 13th century. The whirling dervish forms a bridge between humanity and God as they spin for up to thirty minutes attired in their distinctive costumes. It's possible to see the dervishes in action at many venues throughout Istanbul, but one of the best places is at the Mevlevi Lodge.

9) Browse the Stalls of the Spice Bazaar

These covered alleyways, which are located next to the Galata Bridge, are piled high with colourful and fragrant offerings. Aromatic spices along with dried fruit, candles, nuts, honey and, of course, locum (Turkish Delight) are just a few of the temptations that can be seen on the stalls which line the passageways. The bazaar, which was established in 1664, is always full of activity as both locals and tourists peruse the stalls. On the periphery of the bazaar, the stalls are dedicated to a wide range of cheeses together with olives, fruit and vegetables.

10) Explore the Neighbourhood of Karakoy

This waterfront neighbourhood has become one of Istanbul's hippest districts. The narrow streets brim with cool coffee shops along with galleries, boutique hotels and independent shops. It's an ideal place to hang out and people watch while sipping on a Turkish coffee. Karakoy is also home to the Istanbul Modern. A museum dedicated to both Turkish and international contemporary art and photography, it is housed in a converted shipping terminal. 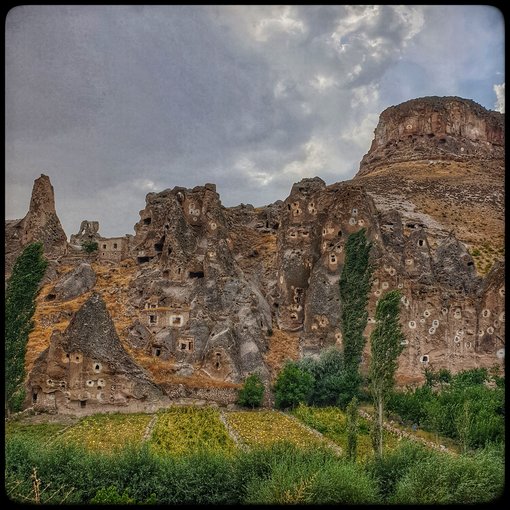