Traveling in NYC with IBD/IBS

I have changed how I want to market myself recently. I thought about what people I can actually help. This process didn’t take long to figure out and it hit me right away. I want to help those with disabilities, special needs, and chronic illnesses. Now some of you are probably thinking, hey that isn’t a travel group. Well, you aren’t that wrong and it isn’t because they don’t want to travel. Almost 80% of people with special needs and disabilities don’t travel. It isn’t because they don’t want to but because people won’t cater to them.

Many people that will read this probably don’t know me. One thing they should know, is that I have Crohn’s Disease. The short story to what that is, is that it is inflammation of the intestines. This causes me to use the bathroom a lot more then a normal person. And when I thought about this, I thought of doing this post.

So my first blog post to my new niche is to reach out to my IBD family and those with IBS also to show you that, 1. Yes you can travel and 2. You can enjoy a destination like NYC. Why NYC?? Because that is my specialty. I grew up in NYC and I know many spots to go to when we need some “assistance”.

Many view New York City as a dark dingy place that isn’t friendly. I can safely say, that is merely an assumption and not true at all. First, NYers are actually very friendly and helpful. Many people living there care about one another and are very quick to lend a helping hand when needed. The perception is that they are all rude and obnoxious people, but that is just a stereotype. Of course there are going to be some rude people but they are everywhere in the world.

As someone with IBD, I know there is nothing scarier then going to a place that seems inhospitable and knowing you will need help in finding bathrooms open to the public. I just want to start out stating that yes, there are places that are closed off to the general public and won’t allow them to use the bathroom. But, if you are in the know, you won’t have a problem navigating the city. One way to help with this is to use an app to find a bathroom. One app I have stumbled upon is called NY Restroom. This shows a map of the area and where there are public bathrooms. They break down the locations into different topics like coffee shops, restaurants, hotels, etc.

But let’s say you don’t have an app or a signal and you need to use a bathroom. My first suggestion, look for a big Starbucks. There are many different types of Starbucks. Some smaller locations don’t have a bathroom at all. The larger ones do and have them open to the public. They are usually pretty big to so anyone with a wheelchair wouldn’t have any problems using it. If there are no Starbucks around, look for a fast food place like McDonalds or Burger King. Yes, they might have them locked for “customers” only. As long as you purchase something, like a bottle water, you are customer and they will have to let you use it. One trick I learned is if it is in use just stand by the door. When the person comes out, grab the door and go in. No need for a code or to purchase anything.

Another trick to finding a bathroom, is to go to a hotel. Many hotels will have bathrooms in their lobbies. Some only have them in their banqueting areas and they can sometimes be reached easily enough. Also, if you don’t see one in the lobby just ask the front desk. Some smaller hotels don’t have public restrooms but the larger ones will. The fancier the hotel, the more likely they will have one.

If you are in Midtown Manhattan, many of the big retail stores also have public bathrooms. They can be a little tricky to find and they might not be the cleanest because hundreds of people are using them but they are still a place to go.

Now, I know before I said to look for fast food places and not restaurants. While you might get lucky if you ask at a restaurant, many will only let you use it if you are eating there. Again it all depends on the place. If you pop into a very touristy and famous place, they might let you with no problem. Same is true for chain restaurants. However, when you get to the small independent places, they tend to keep themselves closed off to the general public. A lot of this is to keep the homeless people away so maybe if you ask really nice they will let you. Again, NYers are friendly and helpful so they might just be nice and let you sneak in.

One place, and I can’t stress this enough, to not use the bathroom is in the subway. Most bathrooms that still exist are locked up. However, there are still some that are open. But, do not go into them. They are a hangout for drug users and other people you don’t want to run into. If you are in the subway, just exit and I am sure there will be a place around there to go. The exception to this are the major transportation hubs like Grand Central, Penn Station or The Port Authority. These places are pretty safe. They might not be the cleanest but they will work when you really need to go.

So, my IBD friends (and IBS people), come to NYC. Come see what we have to offer. It is a beautiful city and you can see so much here. Don’t let something like fear of a bathroom stop you from traveling. I know from experience that you can get around.

My name is Jeffrey and I am the founder of www.JaysWorldTravels.com 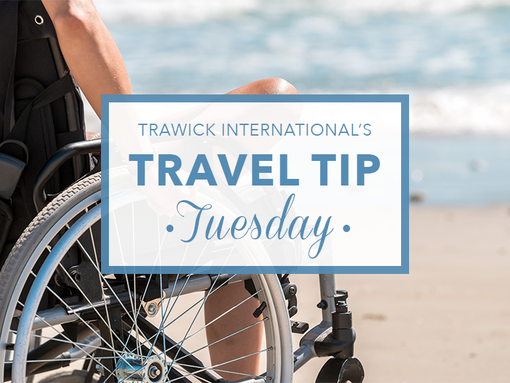 Know What to Expect: Tips for Disabled Travelers