The Shoes on the Danube Bank is a memorial in Budapest, Hungary. Designed and created on the east bank of the Danube river by film director Can Togay, and sculpted by Gyula Pauer, to honour the Jews who were killed by fascist Arrow Cross militiamen in Budapest during World War II.

During the years 1944 and 1945 almost 20 000 Jewish victims were lined up on the banks of the Danube river and shot. But before being brutally shot they were forced to remove their shoes - since shoes were a valuable commodity during this time - and face their executioners. Young and old, male and female - all were shot without hesitation, their bodies tumbling into the freezing cold Danube river to be swept away by the current in what marks yet another one of histories atrocities. 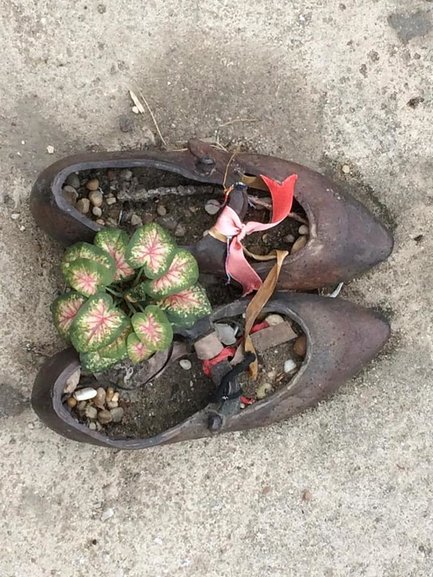 The haunting tribute to these victims consists of 60 pairs of shoes indicative of that era, true to life in size and detail, sculpted out of iron. Carelessly strewn across the edge of the promenade as if the wearer thereof simply stepped away for a moment, the memorial reflects well worn worker boots, high heeled female shoes, tiny toddler shoes. Shoes ripped off feet under the threat of pointed guns. 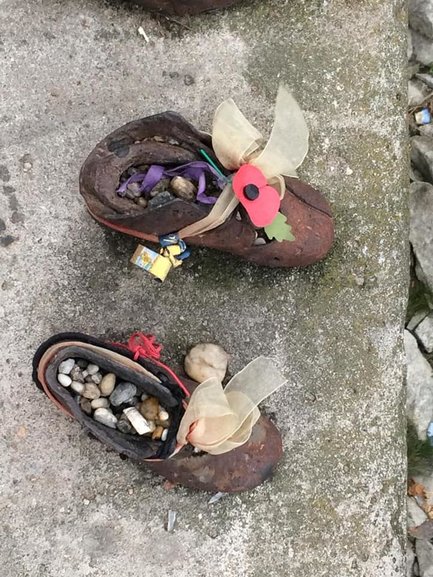 Shoes dropped messily where they were. Some upside down. Some pairs missing one shoe. Some missing laces. Some filled by a sock torn simultaneously off the wearers foot. All worn by Jews. The haunting image of thousands of innocent people torn from their daily lives, prosecuted at the mercy of those in power, and gunned down without thought. All which remains of their presence are empty weathered shoes. 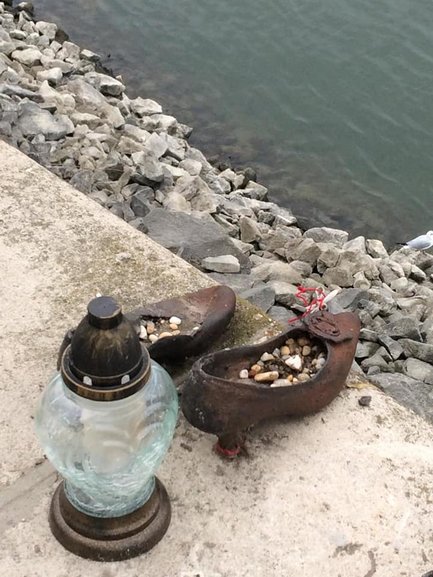 The shoes memorial can be found along the Danube River promenade, on the Pest side, just south of the magnificent Hungarian Parliament Building. Finding them can be quite difficult as their size against the vastness of the Danube backdrop seems to shrink them to insignificance. I'm sure that besides fear and anger and hopelessness, the victims also felt insignificant in their last moments - which adds to the power of this fitting memorial. 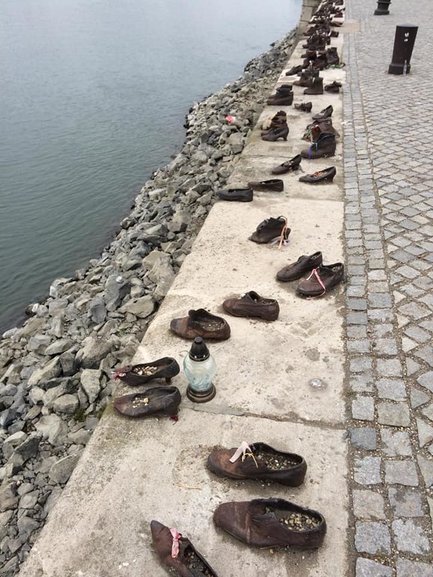 Visitors to the spot leave all types of items inside, and beside, the shoes while paying their respect - plastic flowers, fresh flowers, candles, lanterns, ribbons, and are reverently quiet. A marked subdued atmosphere lingers. Despite the resplendent beauty of the surroundings this is a place where one is brought sharply back to thoughts about exactly what inhumane acts humans were, and are, capable of. These people were not spirited away to a quiet location to be killed. They were not locked into a dark room to be killed. They were executed in a wide open public space. Amidst onlookers thankful that they were being spared. 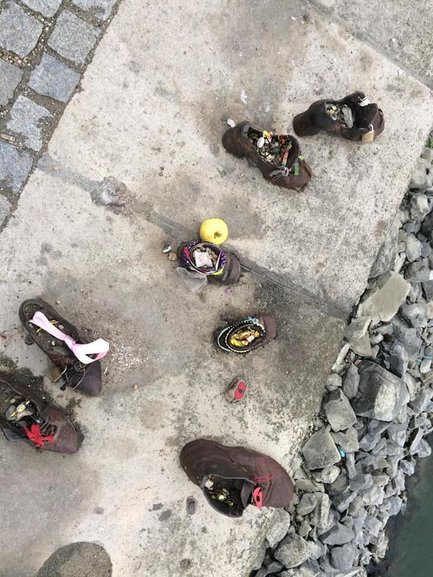 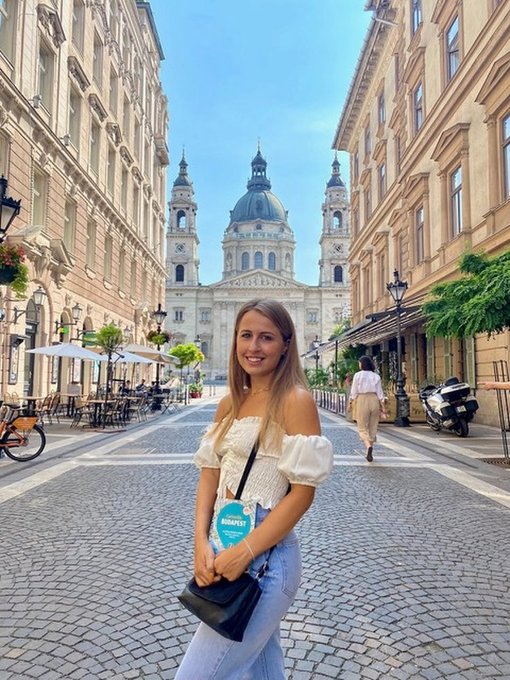