In spite of Covid’s fear, I haven’t given up travelling this summer. I took the right precautions and I went on an adventure to discover the beauty of Buda and Pest: Budapest.

It’s been 8 years since Budapest and I last saw each other but I found it as beautiful as I remembered it, maybe even more. Clean, well-groomed and fascinated, I was able to appreciate her in all her magic. My stay was 4 days, in my opinion enough to visit the city and also afford a trip out of town which I will tell you about in the next article about Hungary. Without getting lost in other chatter, I’ll tell you which of the beauties of Buda and Pest you absolutely can’t miss!

The St. Stephen’s Basilica (“Szent István-Bazilika” in Hungarian) is one of the most important Catholic churches in Hungary. A majestic building named after the first king of Hungary, it boasts a decoration with over 50 different types of marble. If you stand on Szent István ter street you can admire the basilica framed by two palaces, a real postcard!

Price: free, except for the visit to the Dome, which is only open from spring to autumn. 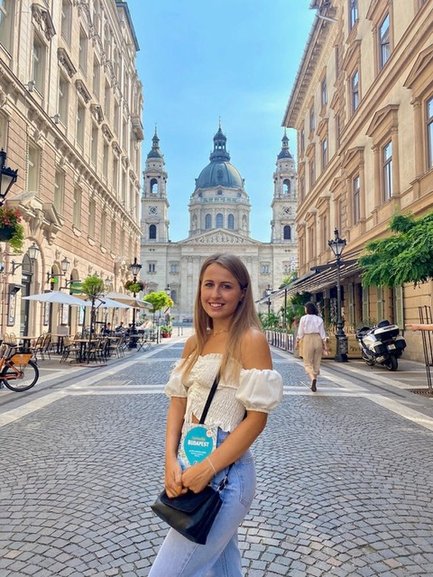 Shoes on the Danube bank is the memorial dedicated to the Hungarian Jews victims of the Holocaust. More than 60 pairs of shoes of men, women and children can be seen on the Danube bank. The choice of shoes is a reminder that victims were often forced to take off their shoes before being killed and thrown into the Danube, because they were a valuable commodity during World War II. Conceived by director Can Togay, who made it together with sculptor Gyula Pauer on the shore of Pest in 2005. 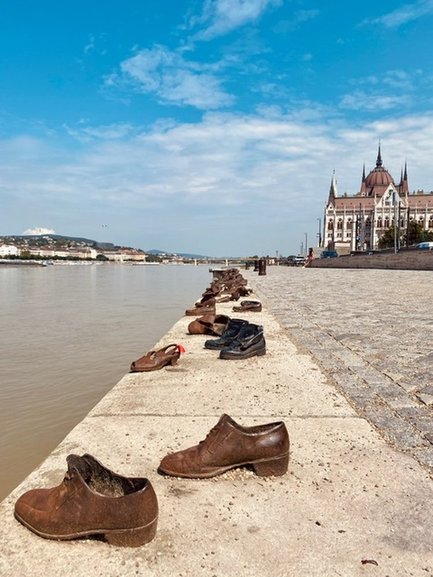 Shoes on the Danube bank

The Hungarian Parliament And The Bridges Between Buda And Pest

The Hungarian Parliament is one of the most famous monuments of the city and symbol of Budapest. Seat of the Hungarian National Assembly is a building of neo-gothic architecture, but horizontally developed and complemented by architectural elements of other styles. It is worth visiting it internally because it boasts beautiful rooms and painted ceilings.

The Budapest bridges certainly do not go unnoticed. We have Deák Bridge, Rákóczi Bridge, Petőfi Bridge, Liberty Bridge, Elizabeth Bridge, Chain Bridge and Margaret Bridge, Árpád Bridge and finally Megyeri Bridge. Crossed by many people every day they are the main link between Buda and Pest. 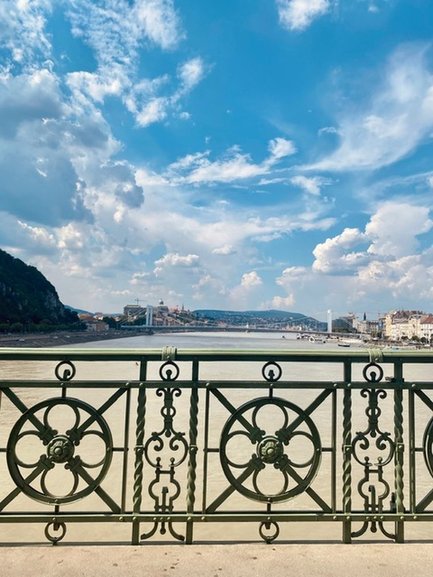 The Buda castle (in Hungarian Budavári Palota) was used by the Hungarian kings as a royal palace. It was listed by UNESCO as a World Heritage Site in 1987 and boasts a spectacular view of the city. Inside you can visit the Budapest Historical Museum and the Hungarian National Gallery.

Hours: The gardens and courtyards of Buda Castle are open 24 hours a day. The Palace can instead be visited according to the opening hours of the Gallery and the Museum: M-D from 10-18 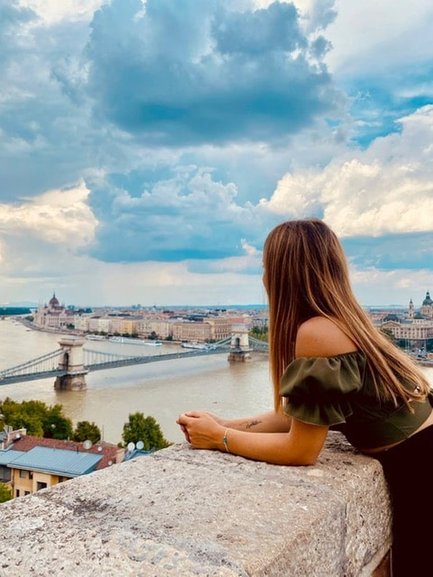 The city park Városliget is located in the 14th district of Budapest. It is 100 hectares of greenery in the center of the city. Can be reached by metro at the Széchenyi fürdő stop. Inside there are several buildings including the Gundel Restaurant, Zoo and Botanical Garden, Great Municipal Circus, Former Leisure Park, the famous Széchenyi Baths, the Vajdahunyad Castle, the Petőfi CsarnokMuseum of Transport, the Heroes’ Square, the Museum of Fine Arts and finally the Műcsarnok Art Gallery.

The Fishermen's Bastion And The Church Of Matthias

The Fishermen’s Bastion (Hungarian for Halaszbastya) is located on the castle hill and boasts spectacular views of Pest. In style between neo-Gothic and neo-Romantic, it features seven decorative watchtowers symbolizing the seven Hungarian tribes that conquered the land that would later become the kingdom of Hungary.

Matthias curch is located in the Holy Trinity Square next to the Fishermen’s Bastion. It boasts beautiful paintings and frescoes inside. 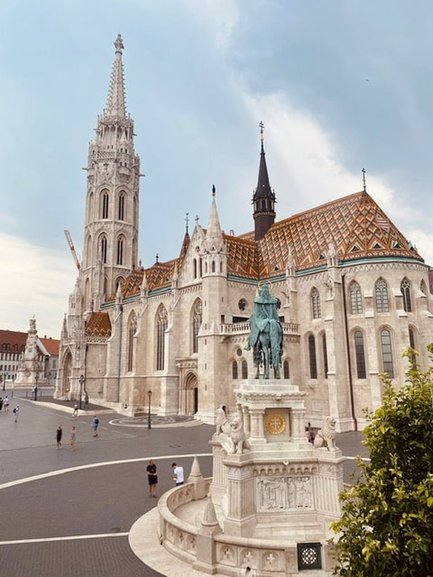 I came at the end of this article where I tell you about my journey to discover the beauty of Buda and Pest.
I hope you have found the right information to plan a perfect visit.

See you soon from your curious traveller Chiara.

Hey, my name is CHIARA and I'm a travel enthusiast and a computational linguist ! I love to write about my travels and always discover new destinations. I hope I can give you useful advice!

Wow, the bit about the shoes is so powerful.