A Getaway to Seducing Seville

Seville. A magical gateway to the early Middle Ages inspired by the fairytale marriage of the Moorish architectural style palaces, castles and buildings, together with the Spanish, traditional flamenco-infused spirit, interrupted by the modern, vivid city centre and balanced out evenly by the flourishing green city gardens with its stunning statues, dreamy views and in the background accompanied by subtle strumming on the Spanish streets artists’ guitars.

Spending only two days in this city was a bare minimum – I crossed off the top items on my bucket list, such as visiting the Real Alcazares, Plaza España , las Setas, Parque Maria Luisa, and in the meanwhile, my trip didn’t lack some occasional, mind-clearing peaceful strolls through the city.

When visiting Seville, make a clear planning of what you want to visit. As popular attractions are rapidly sold out and waiting lines tend to lengthen quite easily, you might want to be sure to not miss out on any precious sightseeing time and book your tickets in advance. 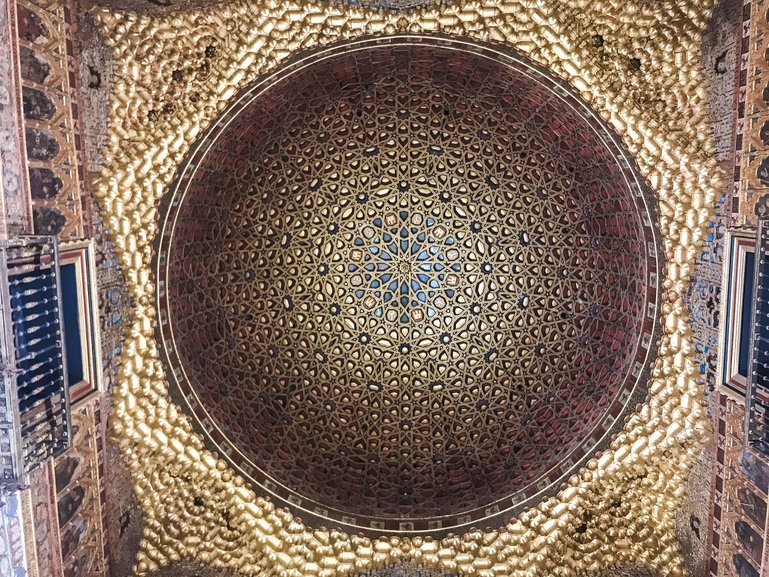 Entering the Real Alcazares of Seville is a true journey in time and a taste of different cultures coming together in one ode to history, coherency and the royal class. As there are many royal rooms, tranquil baths and decorative patios, an organized map of your itinerary will help you visit the seeings you want to see most. Don’t forget to look up, down, to your left and your right, as the designers have spared no effort of creating effortless symmetry, detailed decorations and mesmerizing patterns. 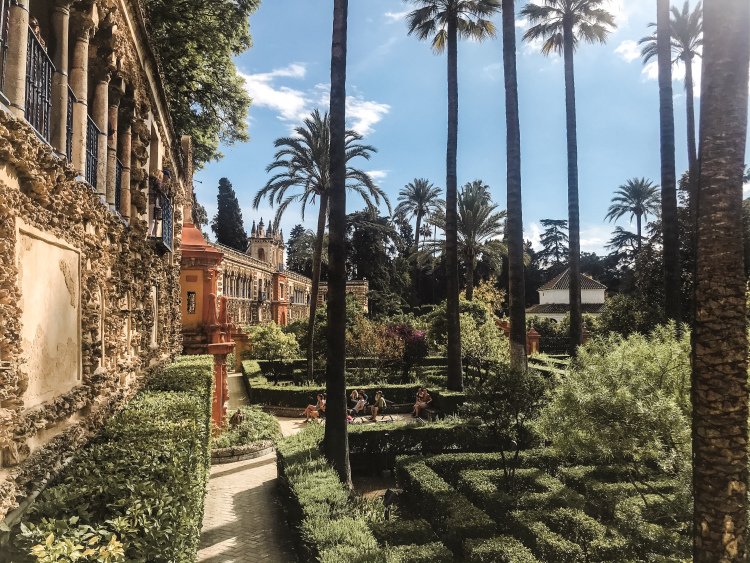 Pass a stroll through Parque Maria Luisa to discover a tranquil assembly of gorgeous green gardens, orange trees and fountains, and find yourself in the midst of traditional horse carriages passing through the park. Make you way through the park and end up at Plaza España, of one Spain’s most iconic plaza’s, mixing up different styles of Spanish architecture, in a way an ode built for the Ibero-American Exposition of 1929. Hard to miss are the alcoves against the walls, each representing a different province and designed in colourful details, bounded by the pair of a book cover, holding information about each province. 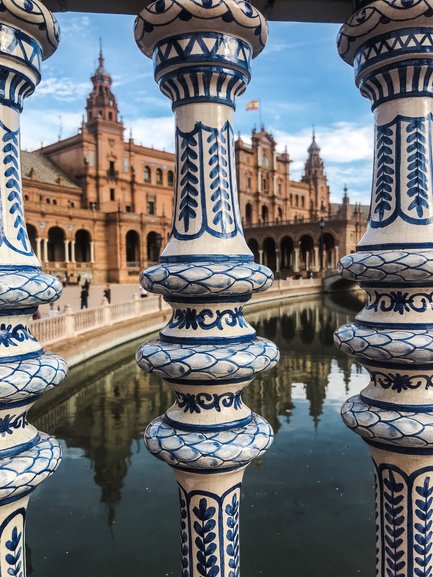 The Metropol Parasol, also known as las Setas de Sevilla (the mushrooms of Seville), is the world’s largest wooden structure built on ancient roman ruins – also interesting to visit the archeological museum during your visit to this attraction in the capital of Andalusia. To fully enjoy Seville and its countless churches, squares and cathedrals, make your way to the top of las Setas and enjoy the stretched city views. 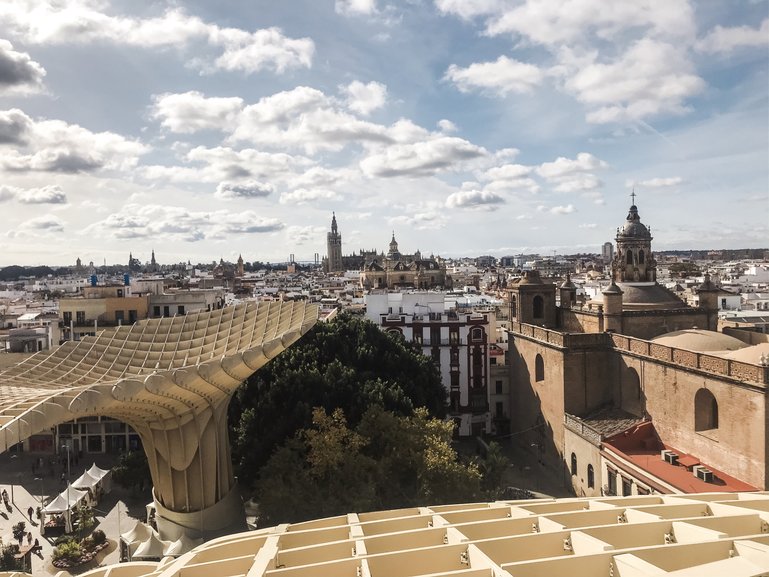 Las Setas - "the Mushrooms" of Seville

Let’s talk food. Seville’s mouthwatering tapas include berenjenas con miel (fried eggplant with honey), fried ansjovis, and the classic bites such as patatas bravas, salada russa, pan con tomate y jamon – which is also a typical dish to eat for late breakfast around 11 a.m. together with a coffee and splendid views on a patio or terrace, surrounded by sky-high palm trees and the subtle sound of flamenco dancers on the background. Be sure to stop by the ecological restaurant Estraperlo, where I had a tasteful and all-biological lunch, just outside the crowded Maria Luisa park, in the quiet, local neighbourhood el Platinar.

Getting around Seville is pretty simple: it is very walkable, I did not use public transport – except for the handy aerobus that brings you direction aeropuerto for only €4, and occasionally a requested Uber or city taxi, whose prices often combat each other. Furthermore, be sure to beat the crowds by getting up early and buying entrance tickets online – even for Metrosol Parasol, an entrance ticket is needed, so a little preparation in advance will save you a lot of time.

Visiting the charming city of Seville will capture you quickly in its magic, ancient Moorish history and architecture, while at the same time being the modern capital of Andalusia, a touristic hotspot for discoverers and Spain lovers. Taste the Spanish flavours, watch a flamenco show and lose yourself in the many attractions of this southern city.

Ana Seas The Day is a travel coach business with a mission to inspire, empower and guide solo travellers become their best selves, reach their goals and make an impact in their lives, by travelling purposefully.

What to do in Seville: three-day itinerary 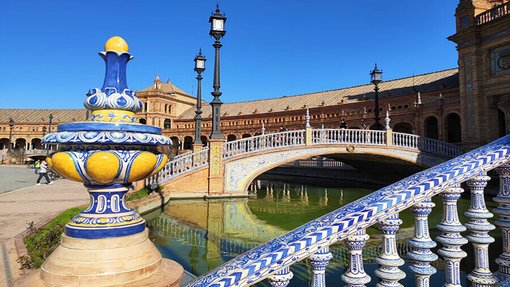