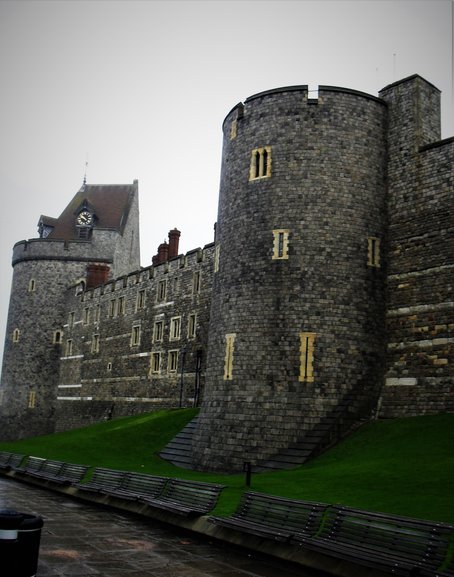 The curtain wall of Windsor Castle visible from the street

In December 2010, on a bitterly cold Saturday morning, I caught the train from Manchester bound for Windsor Castle, just outside of London. The weather that week had been absolutely atrocious with blizzards and freezing temperatures, so naturally, I thought this would be the perfect time to book myself onto a tour and travel down south in one of the worst winters on record and do some sightseeing! (I am often full of sensible suggestions like this). 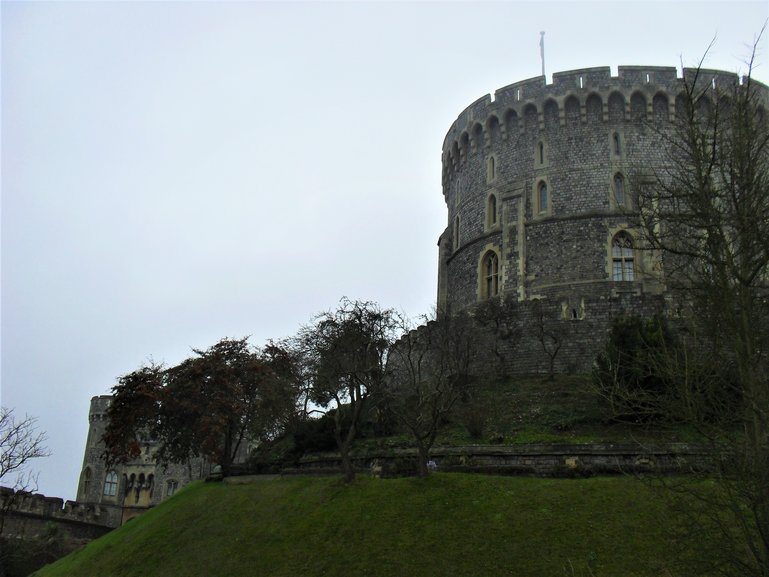 This is apparently the section where the Queen lives

If you are in London for more than a few days, please stick this incredible masterpiece on your bucket list. At nearly a thousand years old, it was built by William the Conqueror shortly after he invaded in 1066 and is surrounded by thick curtain walls that dominate the small, but quaint town of Windsor. Inside the grounds, you can meander through the manicured gardens walking the same paths as previous Kings and Queens who once lived here, then head inside and wander the halls to marvel at the luxurious interiors. Is it any wonder that the Queen spends most of her weekends here? 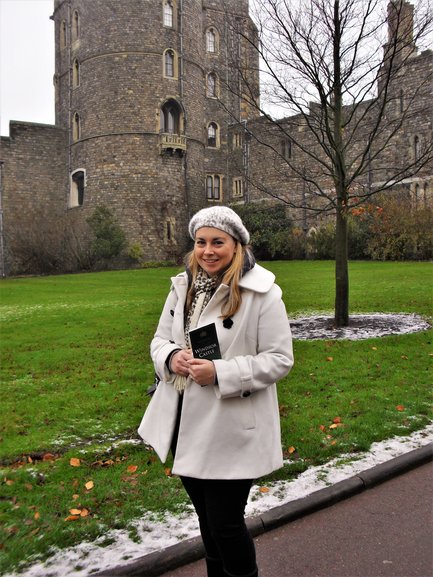 The Castle was completely shrouded in fog upon arriving, but that didn't stop me from exploring the grounds. The garden's coolest feature by far has to be the castle mote! Though every self-respecting Castle has to have one, right? While walking around, I noticed that the snow on the ground and water from the fountains had frozen! Again, I questioned my sanity for picking this week in particular to tick items off my bucket list. 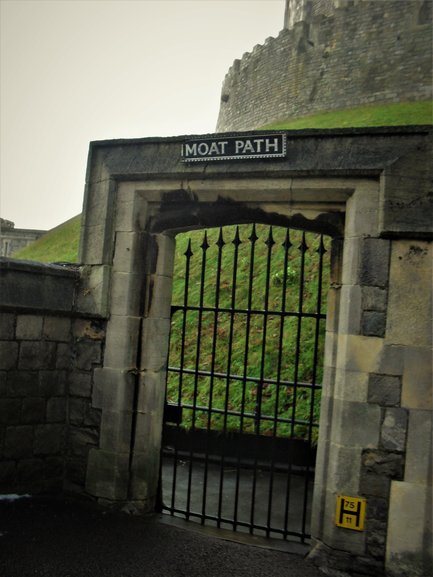 After I couldn't feel my face anymore, I figured it was definitely a good time to escape inside from the cold weather. Photography isn't permitted inside the Castle, but I kind of expected that, so I will tell you as much as I can remember from that day. 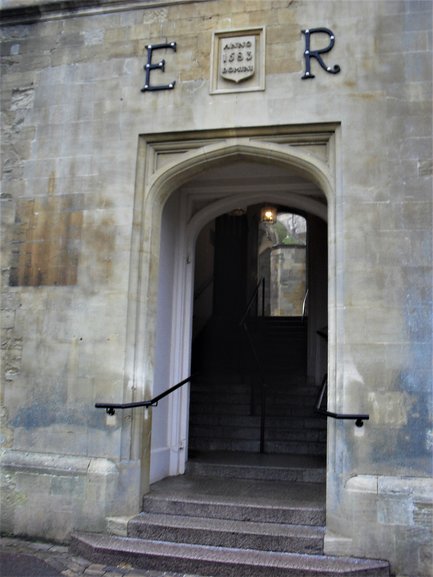 Into the castle we go!

Each room I walked through was as sumptuous as the Vatican Museums in Rome. They were so well maintained and lavishly decorated with gold and red detail on every wall and I especially loved the suits of armour and weaponry on display. I love to imagine which King this might have belonged to and the famous battles it was used in. It was great to see so many famous paintings which I'd previously only seen in books and on TV. 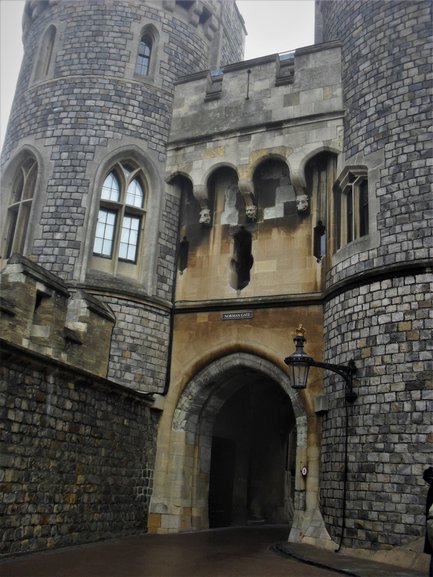 Check out the gargoyles about half way up!

But my favourite part of the whole tour was the collection of royal dolls and toys. Everything was so beautiful, especially the doll clothes. The detail on them was exquisite. The standout piece for me was Queen Marys Doll House. The craftsmanship which had gone into some of the parts like the furnishings and accessories was incredible and it even had running water and real miniature books. So cool! 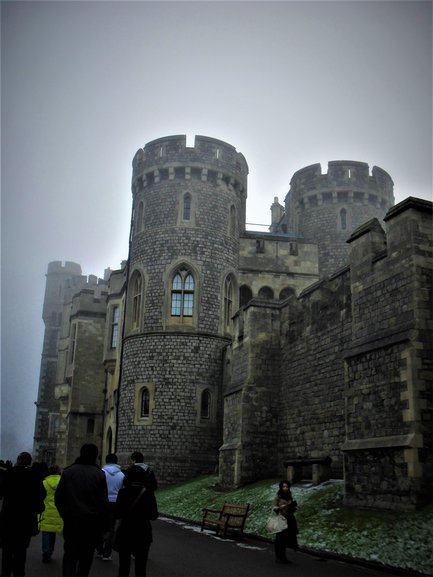 Our tour group checking out the castle grounds

When I emerged from the Castle the fog had finally lifted – typical! Just as I was on my way out, I wanted to visit St. Georges Chapel, but I was in two minds. Did I watch the Changing of The Guard ceremony which was taking place just outside, or did I take advantage of the chapel being unusually quiet? Peace and tranquility prevailed and again, I headed inside for warmth. The chapel was made famous in 2018 when Prince Harry and Meghan were married here. 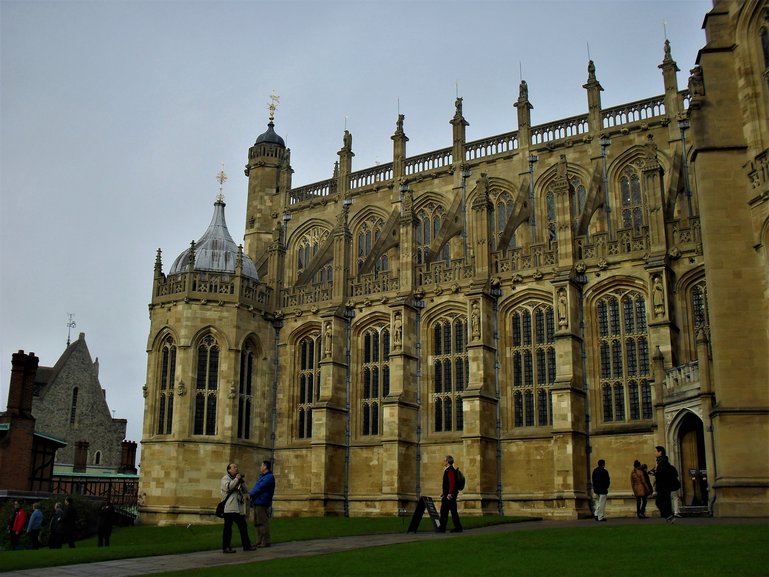 With only a handful of people inside, I could hear my footsteps echoing on the black and white tiled floors as I walked around. There were hanging flags on the ceiling which drew my eye upwards and I got to admire the beautifully patterned ceiling. The style here is very popular in the UK and I have seen this same pattern in various locations, including Conversation House in the Bodian Library at Oxford University and the John Rylands Library in Manchester. 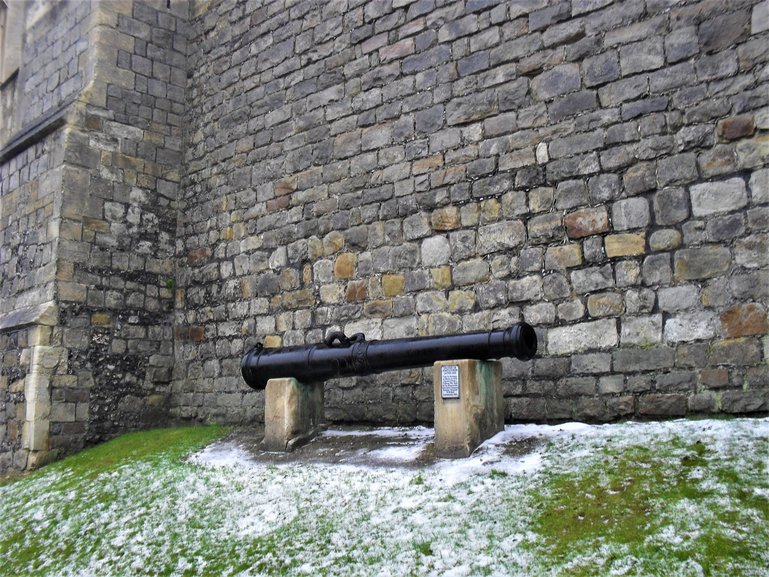 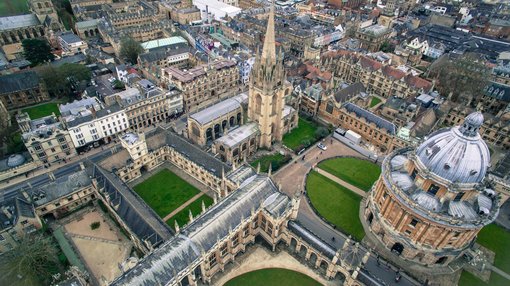 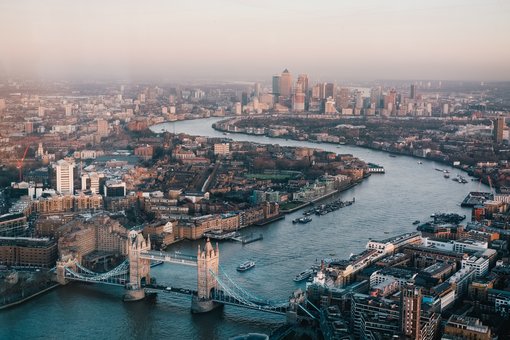 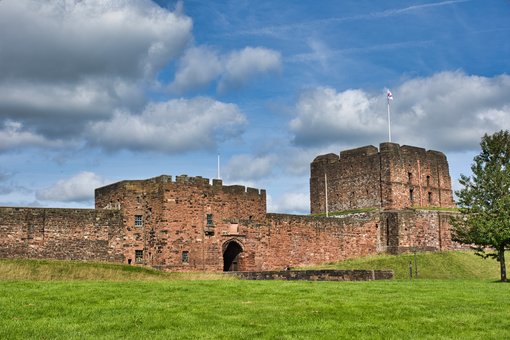 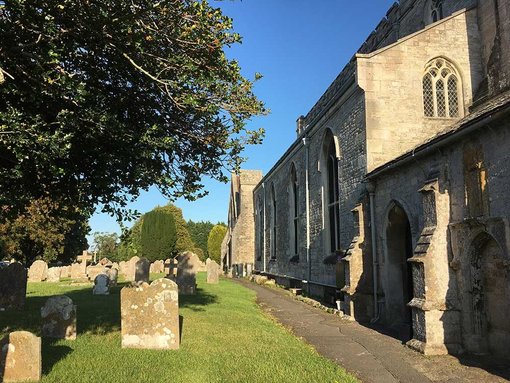