Being a border city between England and Scotland, Carlisle has earned its reputation of being a historic city through blood over the centuries.

There are no better cities to learn about the history of England and Scotland, as it was in the firing line on both sides. Carlisle Castle and the Tullie Museum are the places where you can meet some of the characters from England and Scotland that have shaped this city over the past 2000 years.

If you are driving, then Carlisle Castle should be your first port of call as the pay and display carpark is right next door. 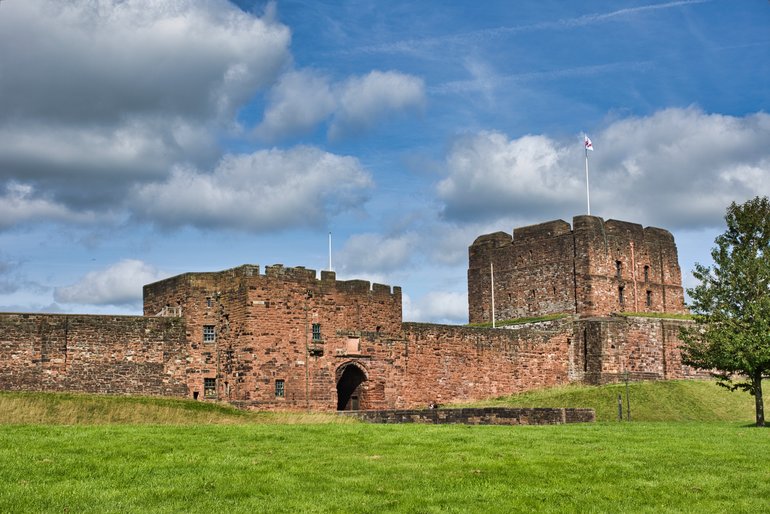 The entrance to Carlisle Castle

Within these walls lies the intact buildings of Carlisle Castle. Some exhibitions lie in the Militia store and The Keep. The Militia store holds information boards of all the history of Carlisle and the part that the Castle may have played. This is a very extensive evolution as it covers 78-1959. Even Mary, Queen of Scots makes an appearance. 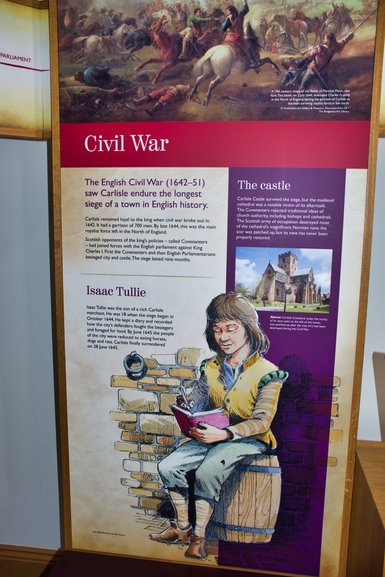 Inside The Keep, you have three floors to explore. As all Castles in the United Kingdom, the only way to get from floor to floor is by a stone spiral staircase. 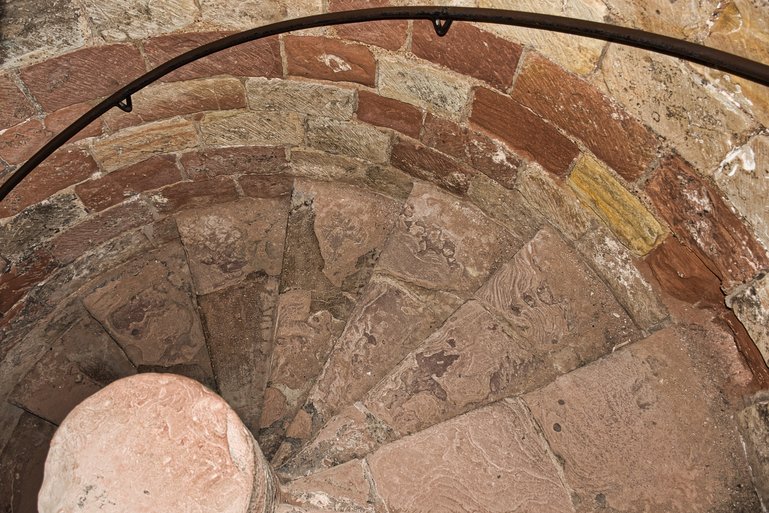 On the 2nd floor are the strange etchings on the wall. Kept behind glass, they are a mystery as to who made them and why. 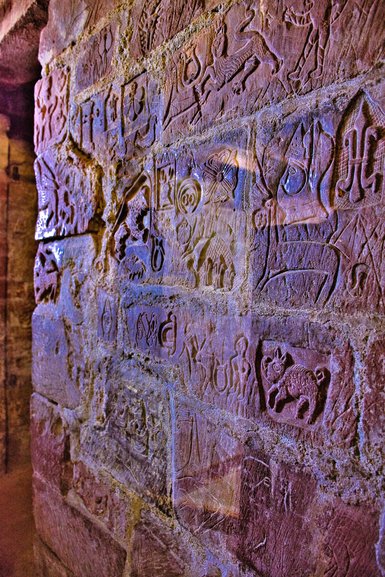 The mysterious etchings kept behind glass

The Keep is unfurnished, but on the top floor is an exhibition on more history in Carlisle. This time it is on the Jacobite Rebellion in Scotland of which Carlisle played a role. 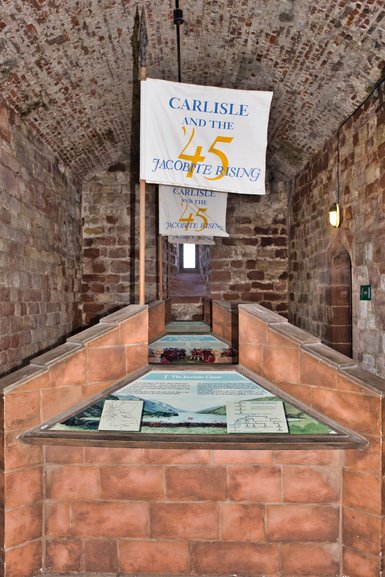 Information tables on the Jacobite Rising

For an extra charge, you can visit the Cumbria Museum of Military Life housed in one of the historic buildings.

Here you will find all the history of the border regiments as well as collections from the past 300 years. Uniforms, medals, art and more are presented in displays as well as videos teaching you of their history and stories. 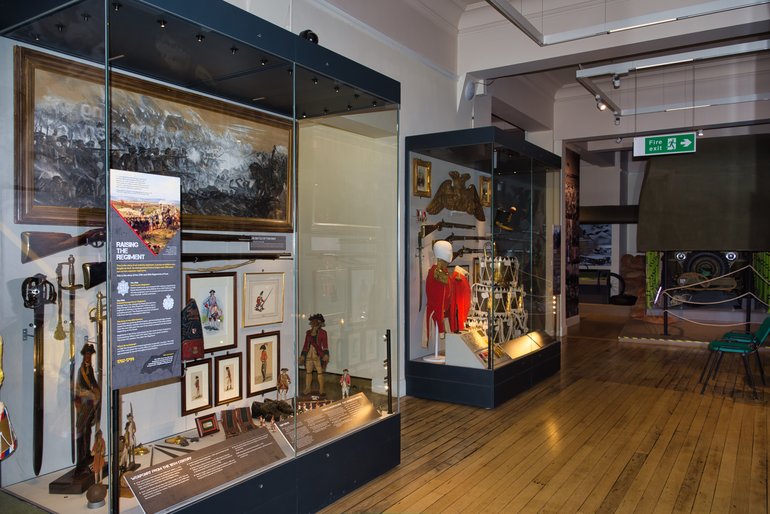 The Tullie House Museum and Art Gallery are located right across the road from the Castle. There is also another entrance off Castle Street. 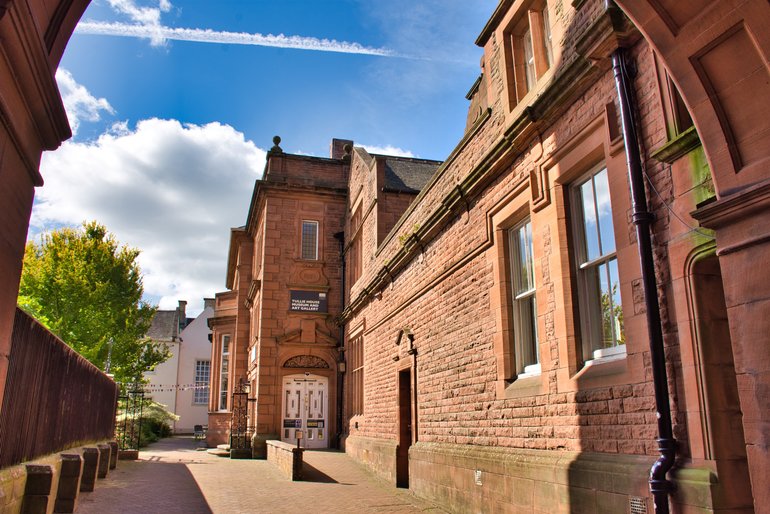 You could spend all morning or afternoon at this incredible Museum as there is so much to see.

There is an excellent exhibition on the Romans in the basement. You can learn so much more here than has been told before. 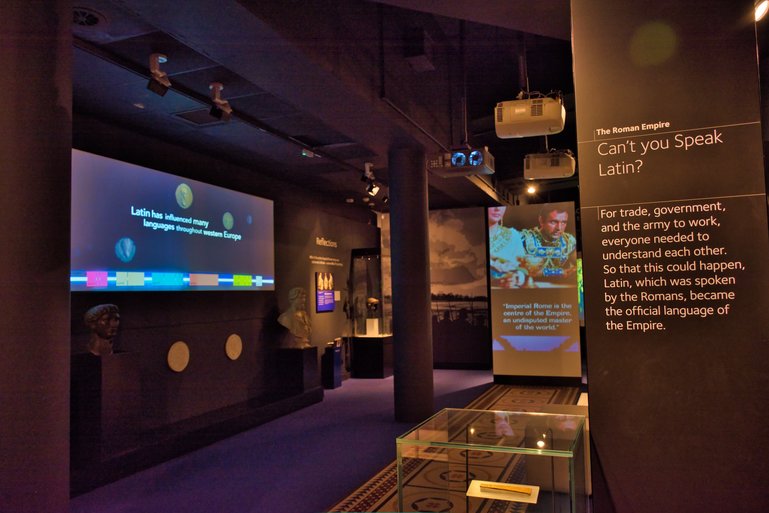 Video, information boards and artefacts teach you more about how the Romans lived here

On the upper levels are even more facts about the area including The Reivers, a lawless society that operated on the fragile English-Scottish border. 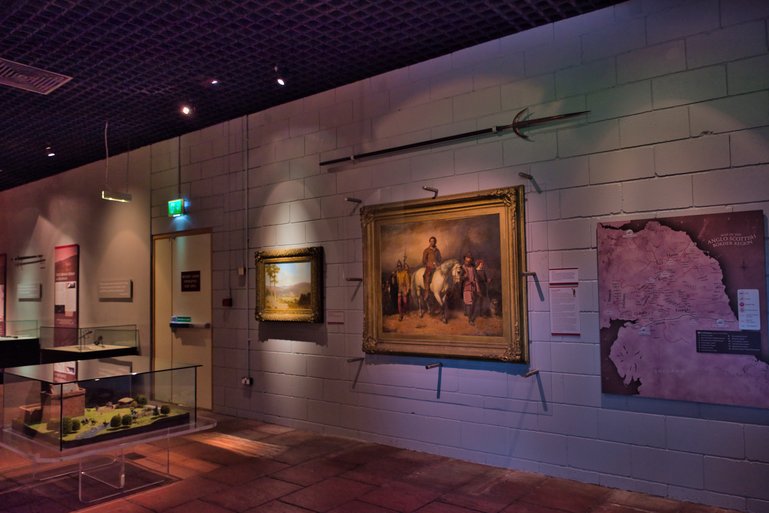 The painting of the capture of Kinmont Willie Armstrong, the most famous of the Reivers

Everything is covered in this museum, including wildlife, the Celts, and you even have a Roman Wall to walk across.

The most significant piece on show would be the 12-metre skeleton of a Fin Whale that was washed up on the coast near Drigg in February 2014. Driggsby, as he's named now, hangs down from the ceiling over the reception area. 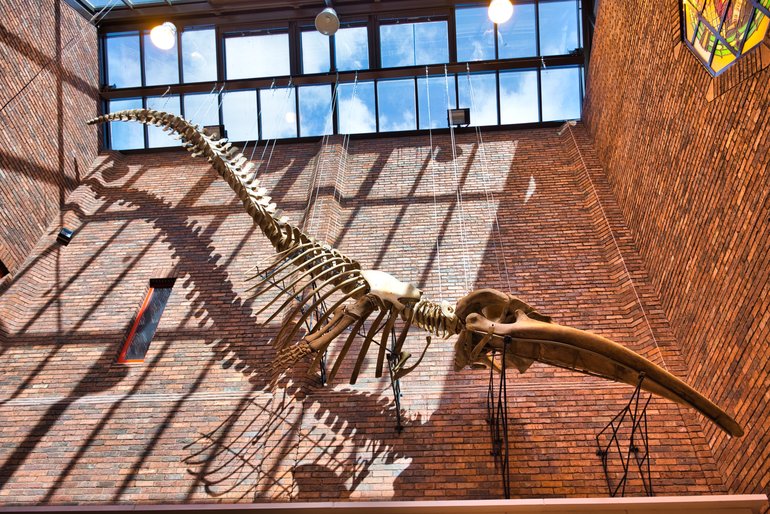 Driggsby, the Finn Whale, is hanging over the reception area

The Art Gallery has one room dedicated to the changing exhibitions that are held here.

This is a great museum that definitely deserves a visit to everyone who wants to learn about the area. It is a must-do while you're in Carlisle. 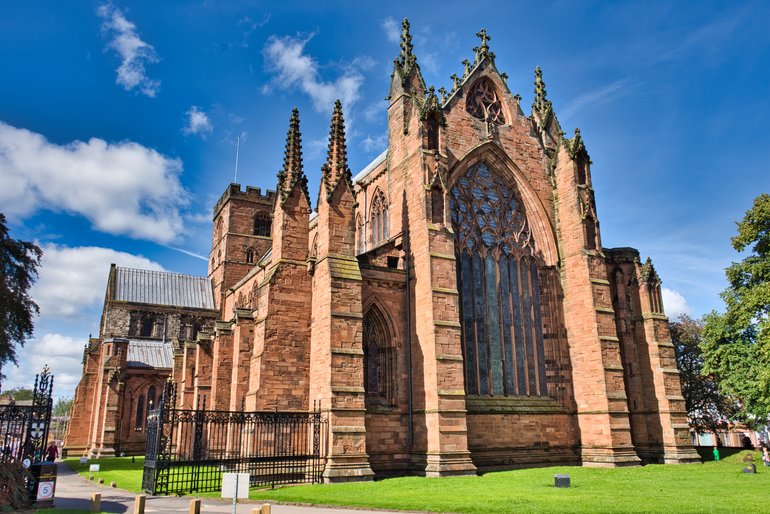 This architectural gem is enormous, and the details inside are incredible. You will be amazed by the ceiling, the colours and imagination put into the design of this Cathedral.

The ceiling, the walls and stained glass are all so beautiful you don't know where to look first.

There is not only the Cathedral to explore but the Treasury downstairs with its treasures found during excavations in the 1980s. 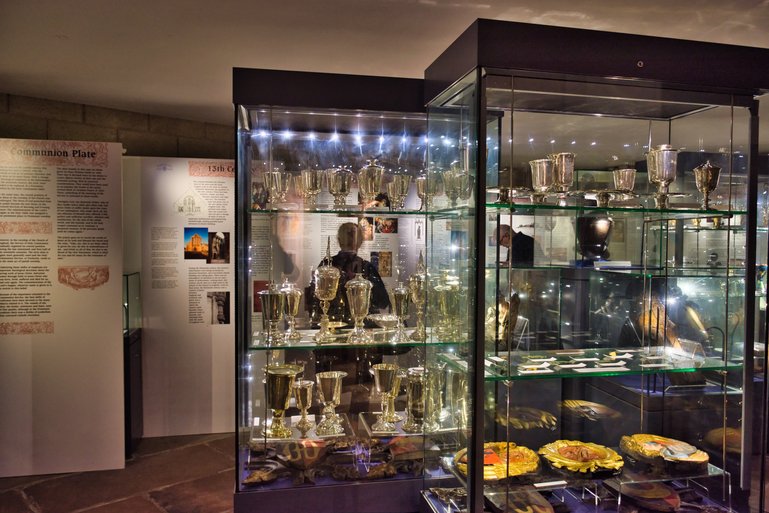 Some of the treasures on display in the Treasury

The Cathedral and Treasury are both free entry and a great way to read more on historic Carlisle with information boards detailing its treasures.

Carlisle is a city that you usually by-pass on the motorway when you travel north or south, but it deserves at least a few hours stopover. This is indeed a very historic city, and I hope that you will stop and see some of Carlisle.

17 Amazing Places to Visit in London 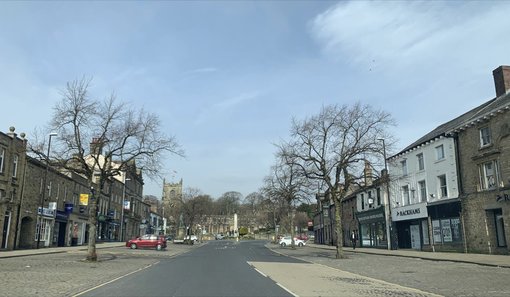 Top 5 Things To See and Do in Skipton