There is a TV channel in the USA called “Grit”, a name taken from two famous cowboy (western) movies (films) telling the same story, both based on the book “True Grit”. The actor John Wayne, Hollywood's most famous cowboy movie star, won his only Academe Award for the first “True Grit” movie in which there is is this memorable exchange between US Marshall Rooster Cogborn (John Wayne) and the bad guy.
John Wayne to the bad guy, “I aim to take you in to appear before the judge and see you hang”
Bad guy to John Wayne, “I call that mighty strong talk for a one-eyed fat man”
Indigent John Wayne, “Fill your hands, you son of a bitch” .

A couple decades later, the Cohen brothers (Raising Arizona, Fargo, The Big Lebowski) did their version of “True Grit” and both are remarkable movies.

The standard for cowboy movies was the work of Director John Ford, who had a preference for using John Wayne and filming in in two places in Utah, near Kanab and near Moab. Curiously, I was watching two John Ford westerns on the Grit channel tonight. The first film ended with a fade out scene of a particular view in Monument Valley. The second film opened with a fade in of that very same scene.

When filming westerns in Hollywood's cowboy movie heyday near Kanab, all the stars etc stayed at the Perry Lodge, which may or may not still be in business, I can't figure it out. In Moab, John Wayne and many other Holyowood stars stayed at the Apache Motel, where today you can sleep in John Wayne's bed in the John Wayne Suite which is where John Wayne stayed when making movies in Moab (hopefully, the mattress has been updated).

A motels go, the Apache is ancient, dating back to the 1950s if not earlier. Rooms tend to be smaller and more basic that current standards, but, we have stayed at the Apache Motel several times with no complaints. When traveling, I want my overnight room to do four things, 1] be quiet; 2] be dark when its night; 3] have a comfortable bed; and 4] provide a good pillow (this is rarely found). The Apache Motel provided 3 of the 4, providing an OK pillow rather than a good pillow, but that's common until you get into the luxury brands that offer a choice of 4- 6 different pillows.

The Apache Motel was original built on the main highway through Moab. At some point, the main road was relocated to ts present location, and the Apache Motel nearly vanished into the past. But it persists.. This all to the good, for the Apache Motel sits uncomfortably close to the road. The redirection of traffic to the new main road helped make the road facing front slide of the Apache motel close to OK for traffic noise-- no traffic, no noise. Nevertheless we have never stayed in front facing rooms, Just to be sure, we only stay in rooms on the back side, and these have all been commendably quiet at night.

With the exception of the second floor John Wayne Suite, all rooms are on the ground floor. The John Wayne Suite is on the back side, not facing the once busy highway.
So what are the (back side) rooms like? Nothing awful, nothing great, which is for motel as old as this, a pretty good record.
Perhaps the “office” (the check in desk) is the most interesting part of the Apache Motel because the walls of the office are lined with autographed photos of many Hollywood Stars who stayed at the Apache Motel when making movies near Moab. 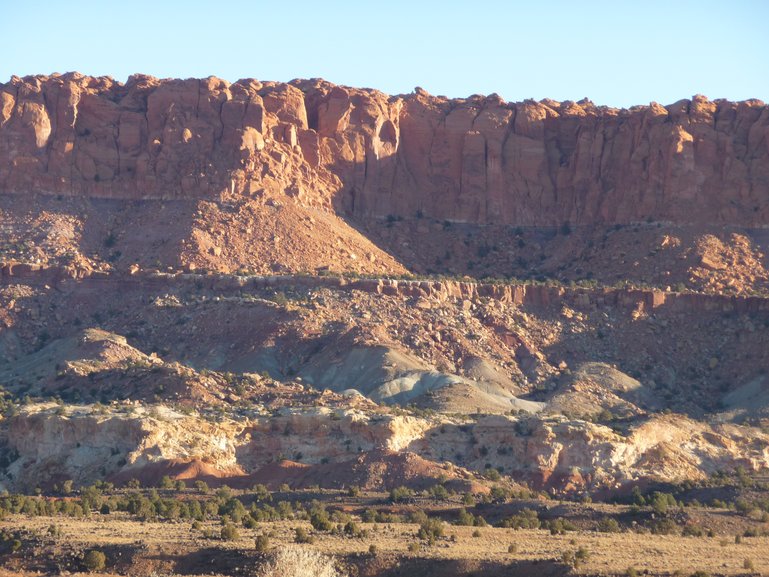 From the Apache Motel's web site: “The average rate in Moab for a motel room for 2 adults and 1 child with two queen beds is well over $100 (excluding the events and celebrations of 10 or 16 days of the year). The average rate for the most budget oriented room in Moab with 2 double or queen beds with practically no amenities is over $100 a night.. At the Apache Motel you get free continental breakfast, loads of amenities, 2 queen beds, refrigerator,microwave oven, hair dryer, plus much more for $89 per night.” 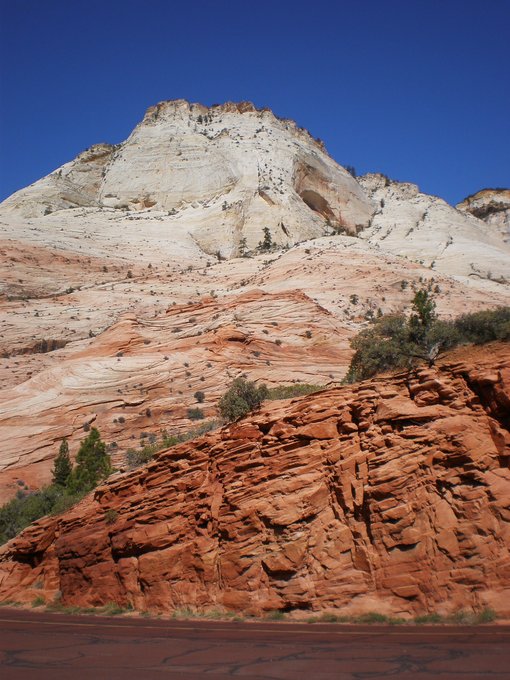 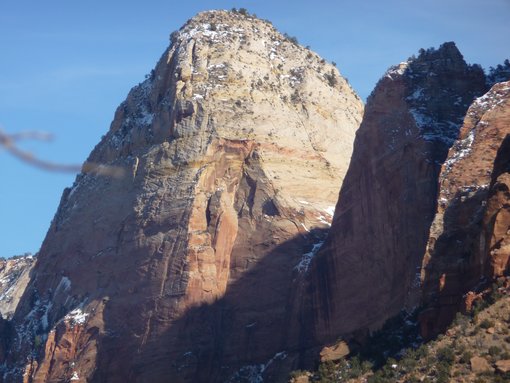