The 'Land of Smiles' is a wonderful country which brings in thousands of happy travellers every year. I wanted to share some need-to-know tips that I wish I knew before visiting the country for the first time. These pieces of advice may be small but will make planning your trip a lot easier. 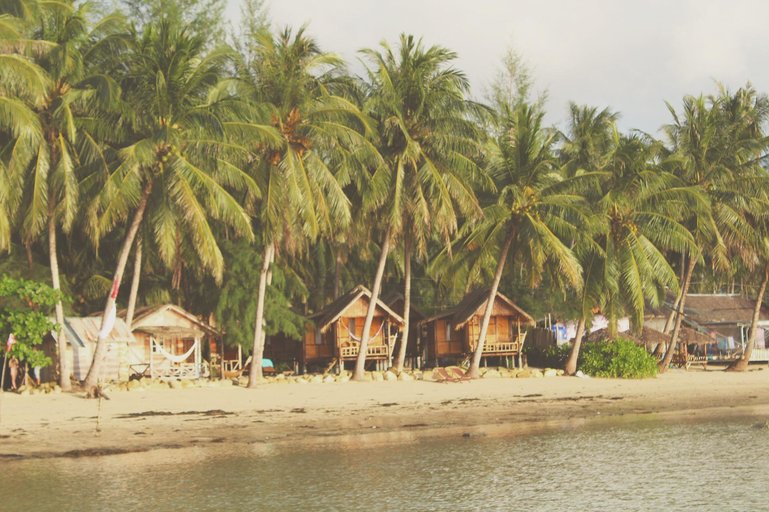 The Thai Monarchy is one of the most respected in the world, most importantly by their people. Their late King was seen as a father to the country (they even celebrate Father's Day on his birthday). They have a deep love for him because of his kind ways, how much he helped the working class and how he took care of the country. Never discuss openly about the Royal Family especially anything negative. If you are caught speaking ill of them online or in person or even the unthinkable as damaging precious artefacts representing the Thai Monarchy then expect (sometimes very severe) consequences.

#2 SCHEDULE YOUR TRIP AROUND A THAI FESTIVAL

Thai Festivals are unique and very cultural. To make your trip extra special, I recommend trying to visit the country during one of them and take part in celebrating.

In April, celebrate Songkran (Water Festival) where the whole country takes part in the ultimate water fight. You will sure to be soaked when walking around but have some fun, buy a water pistol and join in.

In November, celebrate Loi Krathong/Yi Peng (Festival of Lights) which is a much more peaceful and tranquil celebration. People of all ages build little rafts from flowers, leaves, incense sticks and candles which are placed in water and white fire lanterns are released to the sky. It's stunningly beautiful to see and should be experienced if visiting Thailand around that time. Head to Chiang Mai where thousands of lanterns are released and turn into stars in the sky.

When you arrive to an airport after a long flight, you want to get to your booked accommodation as quickly as possible. Usually you are advised to head to the awaiting taxi's at Arrivals for a fixed price into the city. In Bangkok, the lines can be huge! There may be other taxis there to take you but they will try and charge an arm and a leg. My advice to you (which I do every trip) is to take the lift to Departures, go outside and grab a taxi that has just dropped someone off. They will be heading back to the city anyway so will be happy for the extra money. You will be able to go by Meter all the way to your hotel.

#4 DON'T FORGET ABOUT THE OTHER ISLANDS

Many travellers head to the popular islands of Koh Phi Phi, Phuket and Koh Samui. These are all beautiful and great but there are so many different paradise islands in Thailand. For example, Koh Chang (Elephant Island) on the Gulf of Thailand is one of my favourites and is often forgotten about. Not too far from Bangkok (compared to others on the Andaman Sea) it holds thick, lush jungle home to lots of wild monkey families, stunning white sand beaches, great scuba-diving and super friendly locals. It is probably the cheapest island in the country and one of the best!

On the Andaman Sea, head to Koh Lipe (Thailand's most Southern Island) which is actually closer to Malaysia! It is one of the most beautiful islands I've ever been to! It's a little piece of heaven on earth!

Other islands to consider may be Koh Muk, Koh Kradan, Ko Ngai, Koh Sukorn or Koh Libong (Trang Islands). These islands are in the Trang Province (between Krabi and Satun). Because everyone is known to head to the provinces of Phuket, Phang Nga and Krabi -- Trang is often not heard of as much. These islands are stunningly beautiful, less crowded and could be your perfect, sleepy tropical paradise. They are known to have the country's best hidden beaches!

#5 TAKE WATER TAXI'S TO SAVE TIME IN BANGKOK

The Chao Phraya river in Thailand flows right through the busy capital of Bangkok. Here, there are numerous water taxi's that head North or South through the city and that cross the river also. Taking a boat to your desired destination can save you so much time in comparison to a taxi as it cuts out the heavy traffic. Plus it's a great way to see the city!

Light is now shining on the truth of elephant tourism around the world. Elephant trekking has been a popular activity in Thailand for decades but now we are slowly realising really how much harm elephants are put under doing this. Not only are they at risk of death from severe exhaustion, their 'mahouts' are commonly known to train elephants through acts of cruelty and torture from starvation, beating, burning or even cutting. Baby elephants are extremely popular to see among tourists and are wanted in areas with a high amount of visitors. There is now evidence to prove that in order to capture baby elephants from the wild for tourism, their mothers have been killed in the process. I've seen wild elephants in the jungle of Borneo and I now know they act NOTHING like the ones kept for entertainment, like in Thailand. If you want to see elephants in Thailand up close, stick to an ethical Elephant Sanctuary or try and spot them in the wild at Khao Yai National Park.

Hi I'm Emma! Originally from beautiful Scotland, I'm a happy adventurer in love with ALL things travel -- including photography and scuba-diving! I want to inspire you, build your confidence, plan your perfect trip and help you achieve your dreams as much as I can. Please visit my website to learn more :)

Dinner Cruise by Grand Pearl “Treat yourself to a memorable night out aboard one of Bangkok's most luxurious boat restaurant.”Relax in modern comfort and experience the warmth of Thai hospitality. Dine on a variety of authentic candle light Thai food. Cruising along the Chao Phraya River you can enjoy the scenic sunset and the river life by ni