Do you need to speak French in France?

French is intimidating. I get it.

It is my native language, and even I have a hard time sometimes. Especially when it comes to grammar.

But, as a traveler to another, let me tell you something.

Outside of Paris (and even then), you’ll have a hard time finding someone to speak English to.

It can even be the case in hotel and other (supposedly) tourist friendly places.

(I’m teaching English to a few French people at a time, bah)

BUT, with a bare minimum, you’re set for success

Although, to make yourself understood you don’t need to know much.

Xim’s article covers the basics. And I’m going to be even more concise.

Keep in mind that French people are very into politeness. IT IS A THING.

Don’t expect to have an outstanding service if you haven’t greeted your waiter properly.

So please, if anything else, learn:

Then, here’s my biggest tip. Learn a few sentence structures that you can modify with the vocabulary you already know.

Hell, it doesn’t even matter if it’s grammatically correct. What matters here is that you makes your intention clear

With those three structures, you’re set for LOADS of fun already.

Then it’s simple a matter of vocabulary.

HOT EXTRA TIP - Only learn the vocabulary you need. Are you going to buy a stamp? Or rent a car?

PLUS, it’d be a shame to miss out on the benefits

I don’t know about you, but I’m far more receptive to people when they are making an effort to talk to me in my native language.

Because, THEY ARE MAKING THE EFFORT.

And I’m not thinking less of them if they don’t know how the French Subjonctif works. 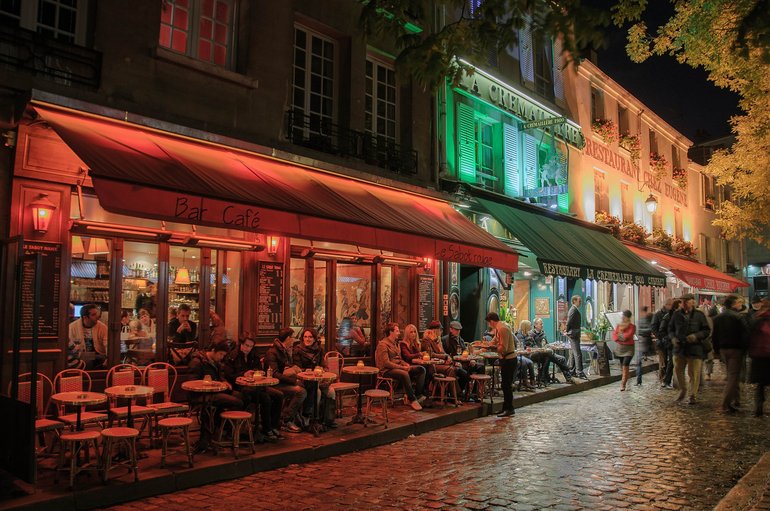 Bonjour there, I'm Marie and I have a passion for languages and travel. In fact, languages are my job. I teach them, I write about them, I learn them,... But what would languages be without a thirst to discover, am I right? Over the years, I've traveled extensively in the United Kingdom: Scotland, Wales, England, and Northern Ireland. And a bit in Europe: France, Belgium, Netherlands, Corsica, Italy, Crete,... If you want to know more about me, you can find me on Just French It if you want to learn French. Et sur Lemons and Bananas si tu veux apprendre l'anglais.