Nature and history collide in the south of Cornwall around Penzance. I hope that you enjoy the following things I did when exploring Southern Cornwall. 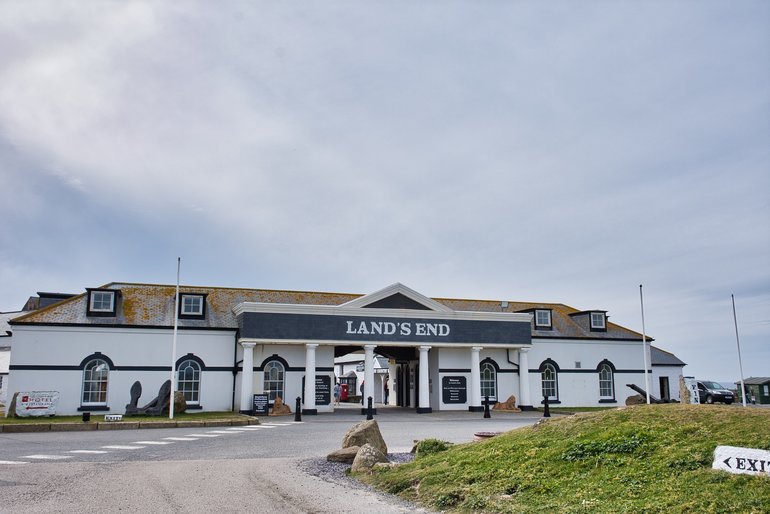 About a 20-minute drive from Penzance is the most south-westerly point of Britain, Land's End, and a great place to explore the Cornish coastline.

You pay the attendants on arrival for parking so remember to bring cash. You then head through the entrance where there are shops and entertainment for the whole family.

I did the 4-D movie which was based on the Jurassic World movie. It's family friendly and you can get a pass which covers all the entertainment here.

Take a walk to the bottom of Britain for views across the England Channel and up and down the coastline. 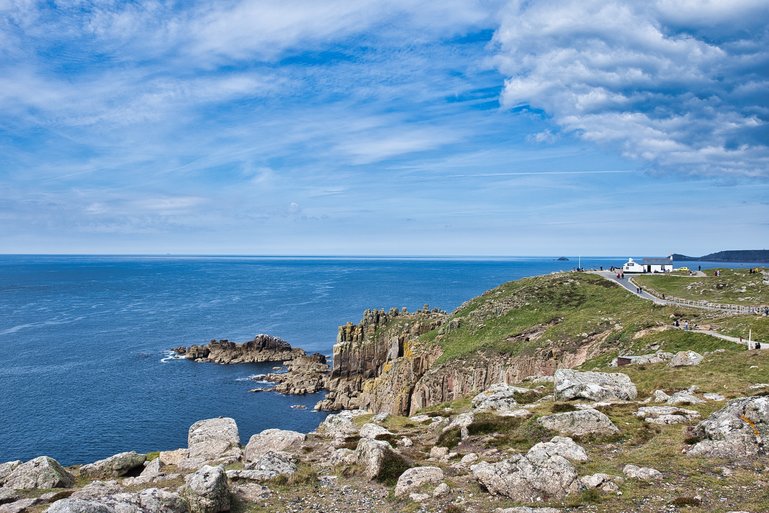 You can walk along the cliffs to the cove and Village of Sennen. A National Trust office is at the top of the headland before Sennen to answer all your questions about the area and the flora and fauna that it holds. 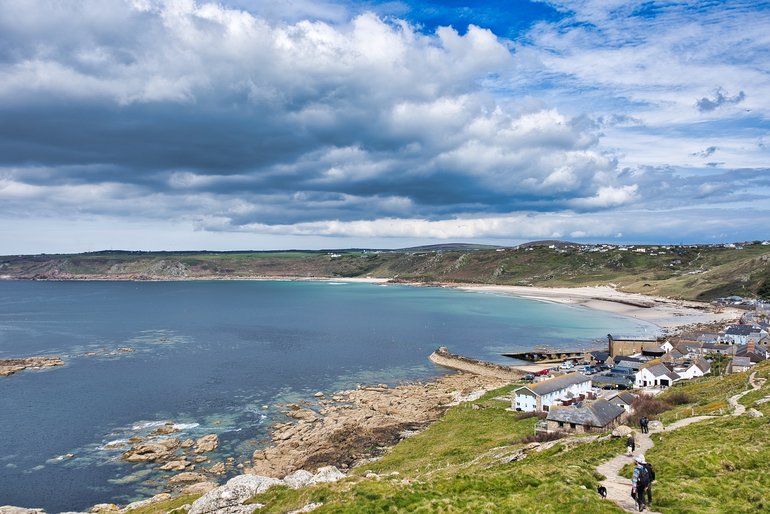 Looking down into the cove and the village of Sennon

You might be lucky enough to see dolphins, seals, Basking sharks or even whales have been spotted. 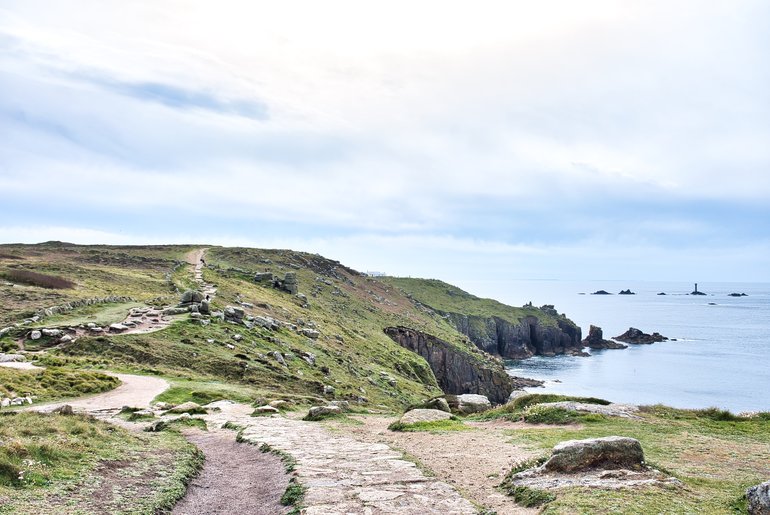 The rocky Coastal Path that is level but uneven

You have two other historical points on this walk, the wreck of the RMS Mulheim and Pass Maen Castle, an Iron Age cliff castle, about 2,000 years old. 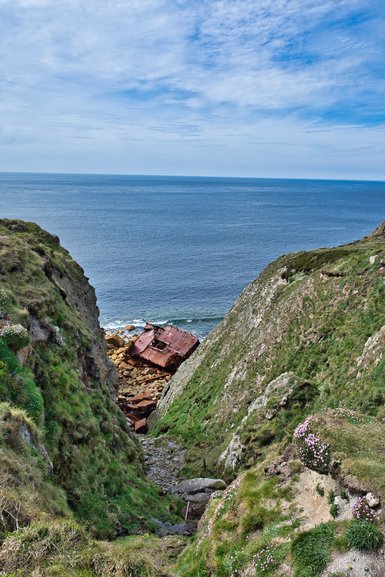 What remains of the wreck of RMS Mulheim

You can eat at Land's End or in Sennen Village in the restaurants, cafes or pubs bringing an end to a wonderful day on the south coast of Cornwall.

St. Michael's Mount is a must-do historical attraction with thousands of visitors a year. 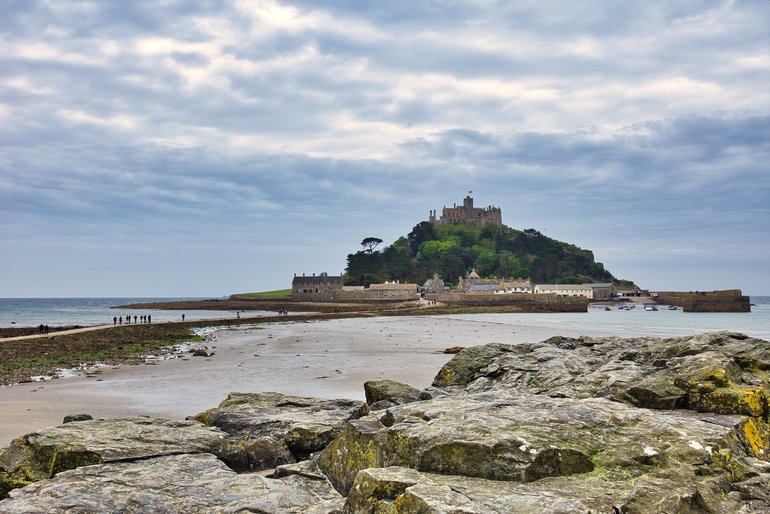 Mount St Michael from rocks on the coastline at Marazion

You can park your car all day in Marazion, where attendants will take the fee so make sure you have cash.

You walk along the causeway first which can be slippery in parts. Once in you then walk up to the castle which is steep and very uneven. 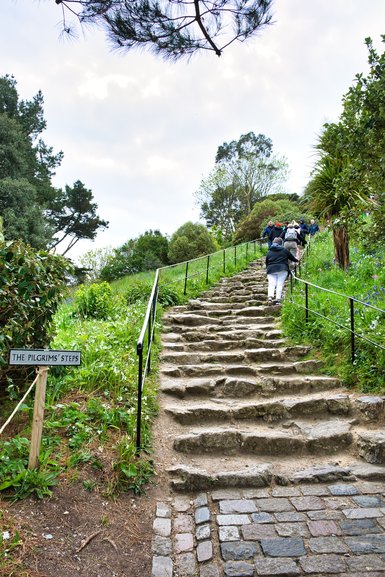 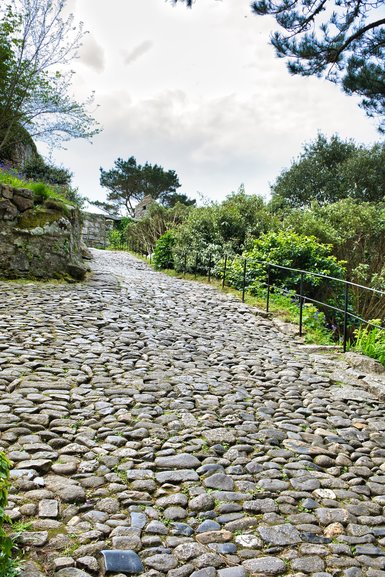 The rough, steep stone path leading to the entrance of the Castle

With great views back to Penzance, Marazion and out to sea from the top, all you have to do is be careful as the ground is still uneven and rocky up here. 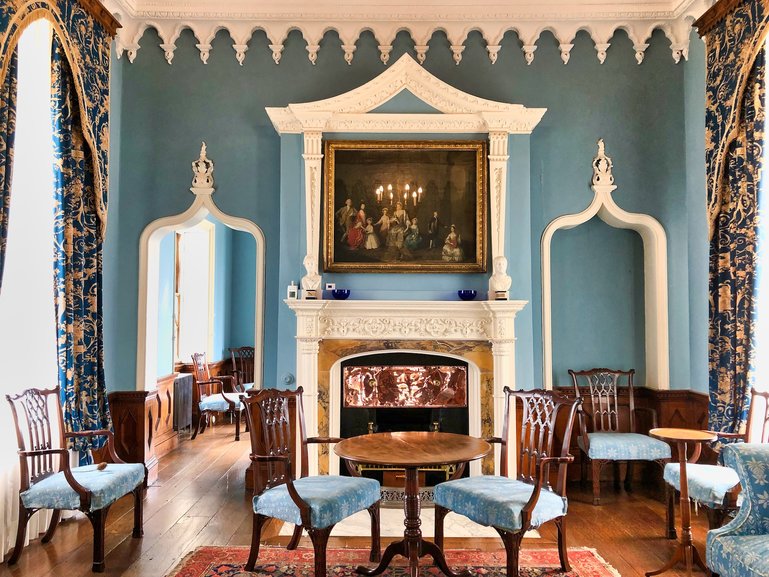 The Blue Room inside the castle

Inside the castle the rooms are beautiful. This iconic building has been a priory, fort, castle and family home before being passed into the National Trusts hands.

The chapel dates back to the 12th Century and is still in use today. 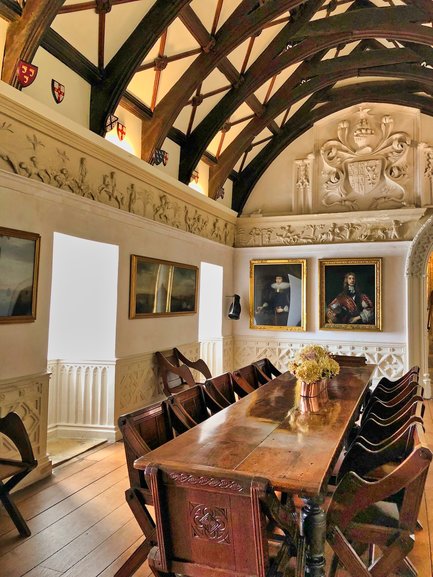 The gardens are between the coast and cliff and are strategically built into the cliff face. 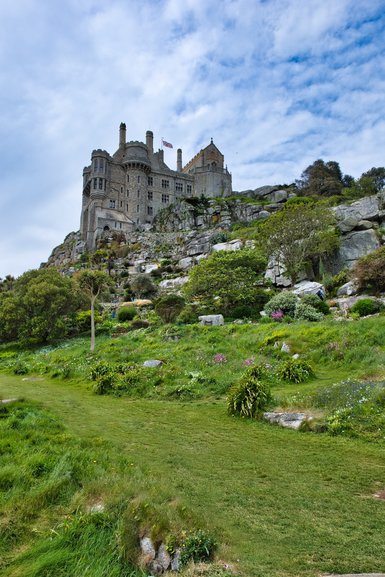 St. Michael's Mount and Gardens that can you explore at your leisure

The causeway is tide dependent, so you should know the tide times to make sure you have plenty of time here.

There is a ferry for when the causeway is closed will take you across. 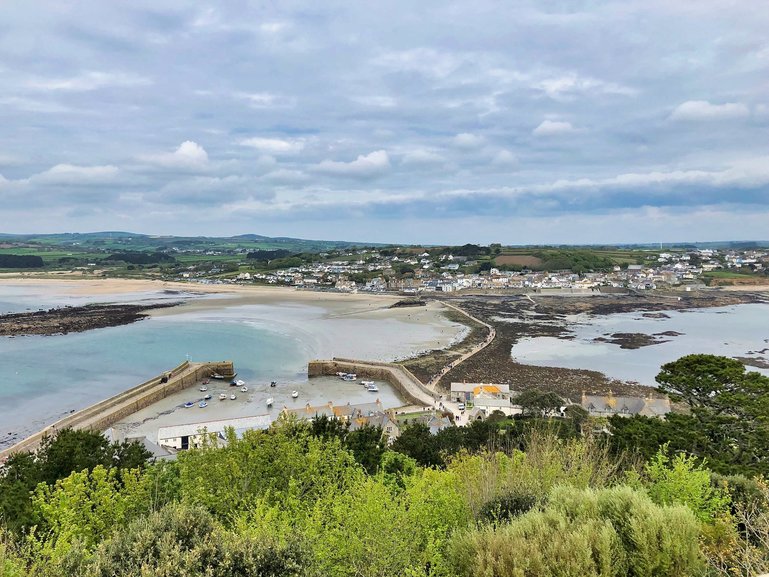 The town of Marazion is also worth the visit with pubs, restaurants and cafes to refuel after your day of exploring the St. Michael's Mount.

The Seal Sanctuary is a rescue and convalescence place for local seals. 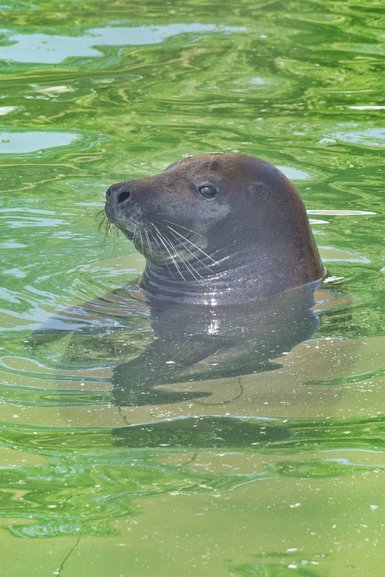 Otters, penguins, Californian and Patagonian Seals also call this place home. Underwater viewing areas give you an insight into how these animals glide through the water. 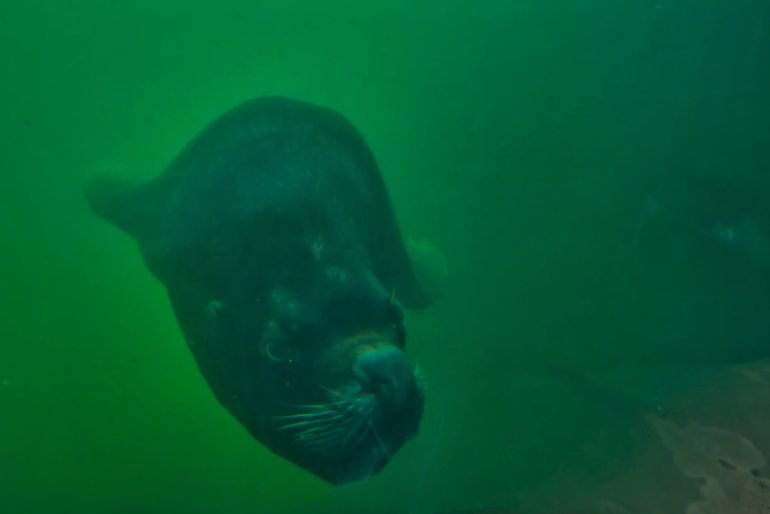 An amazing underwater view of the Patagonian Sea Lion swimming

It is a steep driveway from the entrance to the seal pools but there is a shuttle that can transport you.

Walking back you can take the paths through the woods where you might be lucky enough to see some of the birds that fly around here. 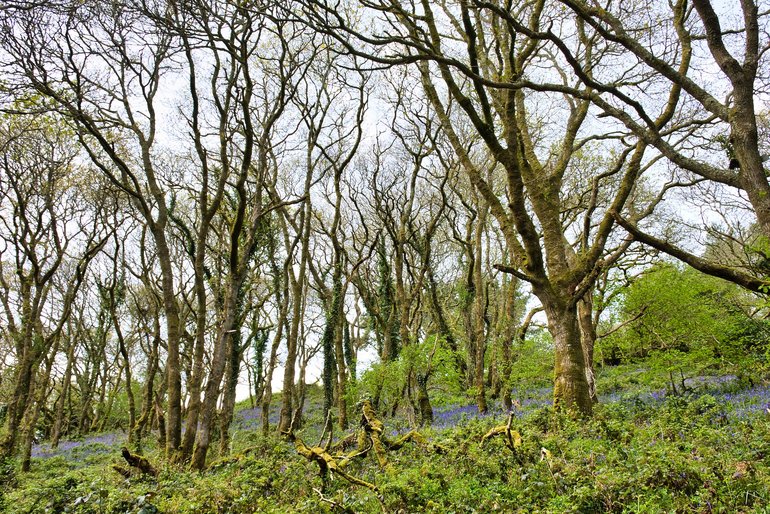 Walking through the walks with bluebells and birdsong

Ponies, Goats and Sheep also call this place home living out their retirement in a safe place.

I hope that you get a chance to see this part of the world and enjoy exploring southern Cornwall as much as I did.