Travel back in time to a forgotten age from centuries long ago filled with magic, royalty, knights and their noble steeds at Medieval Times Dinner & Tournament in Orlando, Florida!

Based upon authentic medieval history and the true story of a noble family with documentation dating back to the 11th Century, Medieval Times in Kissimmee, Florida opened in December 1983 and was the first Medieval Times castle built in Northern America. Since opening, many more locations around the country have been built & over 60 million guests have enjoyed the unique, historical magic that is only found at the Medieval Times Castles.

Medieval Times in Kissimmee, Florida is located inside an amazing, towering stone castle off West Vine Street. Next the castle is a quaint village designed to fit the 11th Century time-period, which guests can explore before the show.

My son and I felt like we’d traveled back in time the second we left our car and stepped onto the castle grounds where the friendly staff was all dressed in character. We were amazed at the elaborate, detailed medieval décor throughout the castle as well.

There were coats of arms for the prestigious families of Medieval Times, a spectacular array of medieval weaponry and a Museum of Torture for those who dared to enter. Guests could also purchase alcoholic or non-alcoholic drinks and memorabilia such as flags, light-up swords or princess wands for children as well as tiaras with ribbons or replica weaponry like the knights use in the show.

Speaking of knights, upon admission every guest is assigned a knight to cheer for during the show. Each knight has his own unique persona and a small background story which can be found on the Medieval Times website. My son and I were assigned to the blue seating area, which was the Blue Knight’s realm. He was a noble and brave warrior renowned as a champion of the defenseless!

After being ushered into the Grand Ceremonial Arena by the royal trumpeters, we saw there were six color-coded seating sections corresponding to the colors of the brave knights and all sections have a great view of the arena.

After being greeted by our assigned wench and serf (otherwise known as waitress and waiter) we were given our beverage of choice and then the show started and the dinner began! The four-course dinner was served in true silverware-free medieval style, which my 5 year old found particularly enjoyable! We feasted on garlic bread, potato wedges, vegetables, warm tomato soup in a bowl, deliciously seasoned chicken, and dessert with hot coffee (my son opted for a cool glass of Sprite instead.)

The show was a fun, magical experience for my son and I. My very energetic 5 year old watched every moment of the performance completely mesmerized by the events unfolding in front of him. We watched in amazement at the impressive equestrian skills of the breathtakingly beautiful horses. We loudly cheered during the thrilling Tournament of Games, where the Knights faced off against each other in competition in games of skill such as the javelin throw, ring pierce, flag toss and jousting. We excitedly gasped as the sparks flew during the powerful sword and axe fights and watched speechless as a beautiful royal falcon flew around us and did tricks. We booed and cheered as the Knights fought with all they had against the evil villain. By the end of the evening when our Knight ultimately won the battle and saved the Kingdom, my son was clapping and cheering so excitedly that the other guests at our table couldn’t help but laugh and join in.

We had such a great time at the Medieval Times in Kissimmee. It was one of the most memorable experiences I’ve shared with my son and as a parent it was especially exciting for me to see how magical and mesmerizing the night was for him. This was truly a “Knight to Remember!”

For more information or to purchase tickets, visit http://www.medievaltimes.com

Hi! I'm Steffany. I'm married to my high school sweetheart (a true Florida native!) and we have two fun & energetic little boys. We believe that spending time as a family is so important. We love being active and doing things as a family as much as possible. We believe in making memories that last a lifetime! As a longtime Florida resident, I've heard so many parents & grandparents say there is nothing for families with kids to do around here. That's why we created Florida Family Fun Travel -- to help all families find fun things to do here in our beautiful state. We work hard to gather info on thousands of events and we travel all o... Read more 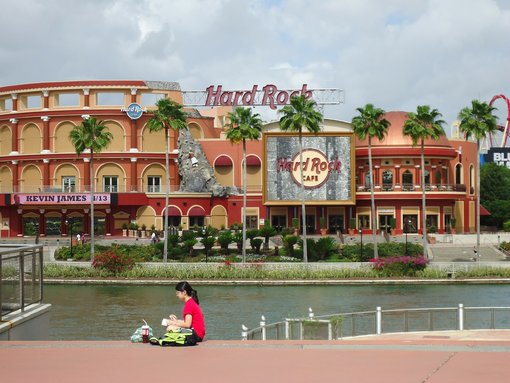