A Walking Tour of Lisbon, Portugal

Seeing Portugal from the sea is spectacular.

We had sailed four days from Vigo, Spain and cruised into the heart of Lisbon. We moored at the Parque das Nações (park of the nations) Marina, which is just about five minutes by car to the airport and provides access to all kinds of restaurants, shops, and easy-to-access transportation into downtown Lisbon.

We walked along the promenade to find some delicious Portuguese food and took a quick ride on the gondola (Telecabine Lisboa) which was built in 1998 for the World Expo. My traveling dogs—Cap’n Jack and Scout—loved this, especially Scout, who always just wants to see everything! It’s amazing how they have become such world travelers and are not afraid of any form of transportation!

A quick bus ride into the city provided all kinds of opportunities to explore.

Alfama is the oldest district of Lisbon, spreading on the slope between the São Jorge Castle and the Tejo River. Its name comes from the Arabic Al-hamma, which means “hot fountains.”

This little district is colorful and quaint and contains many historical attractions and tons of bars, cafes, and restaurants along its narrow streets and small squares.

During the times of Moorish domination, Alfama was the main city and later became inhabited by fishermen and the “poor”—locals consider it the “neighborhood of the poor” to this day. In recent years, the neighborhood has been invigorated with the renovation of old houses and new restaurants. One of its most frequent visitors is superstar Madonna, who is often seen in the local pubs and restaurants.

We enjoyed walking through the district, but it was a bit “touristy” for us. We climbed some of the very steep narrow streets and found a fantastic local café off the beaten path and outside of the heavy tourist zone. We went inside and enjoyed some delicious coffee and key lime pie with a pistachio crust. The proprietor convinced me to take the coffee black instead of my usual cream and sugar with a little coffee. I must admit, it was fantastic! When you have mostly had instant coffee at sea for many months, you can really appreciate really good coffee.

As we were heading back toward the bus station, all the city center streets were closed and the bus lines were closed. After asking around, we discovered why. There was a huge parade through the city with F-16 fighters flying overhead to mark the 100th anniversary of the Armistice of World War I. The parade included high figures of the state and armed representatives from Germany, USA, France, and the United Kingdom. It was a moving, special experience, and we were so lucky to have just stumbled upon it. I love it when that happens!

The next day we headed back into the city and explored some of the very cool historic monuments. There are tons of monuments in Lisbon, but there were three in particular that caught our attention.

The Cristo Rei Christ (Christ the King) statue is one of Lisbon’s most iconic monuments. The statue of Christ stands high above the southern banks of the Tejo Estuary and depicts Christ with arms raised, blessing the city. Cristo Rei dates back to the 1950s. Its construction was in reverence for Portugal avoiding the horrors of WWII. It reminds me of the Christ the Redeemer statue in Rio de Janeiro.

The Belem Tower is a fortified tower built to be a part of the defensive system for the Tagus River estuary, providing crossfire with the Fortress of the São Sebastiāo de Caparice on the south bank of the river. The tower is surrounded by dramatic crashing waves on all sides.

The Monument to the Discoveries

The Monument to the Discoveries is especially cool and was easily my favorite. Shaped like a caravel prow, it was erected to honor the main characters of the Portuguese Discovery Age. Henry the Navigator, the Discoveries sponsor, is surrounded by kings and queens, explorers, navigators, artists, scientists, cartographers, and missionaries whose deeds granted them a place in Portugal’s history during the 15th and 16th centuries.

We took the ferry across the river into a part of the city where many locals live. This district feels like the ghetto of Lisbon. It’s older and much less touristy—and we just loved it. We stopped at a sweet outdoor family-owned restaurant. The proprietor took us straight to the “fish freezer” and recommended the fresh salmon, cod, and mackerel that came directly out of the sea just a few hours before.

Then he introduced us to his father who was stationed at an outdoor grill that we think was probably as old as he was—maybe older. This grill would never pass any American FDA inspection, I can assure you. The proprietor told us his father had been catching and cooking fish for the restaurant for 46 years. The cook spoke no English, but we could easily understand his insistence that we would love this.

We chose to ignore the rust on the broken, ancient grill and simply sat down and enjoyed one of the tastiest meals I can ever remember eating. It was spectacular! Cap’n Jack and Scout devoured their shares of the freshly grilled fish.

Lisbon is a gorgeous city with many free things to see and experience on a walking tour. 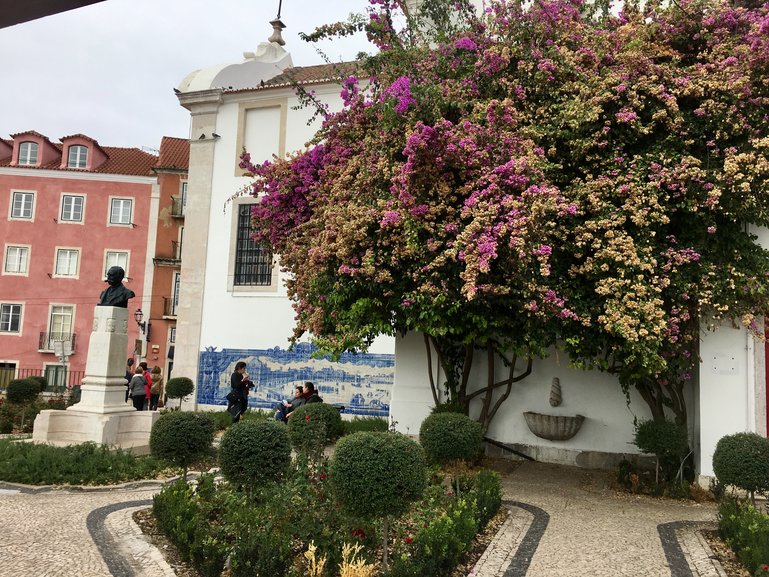 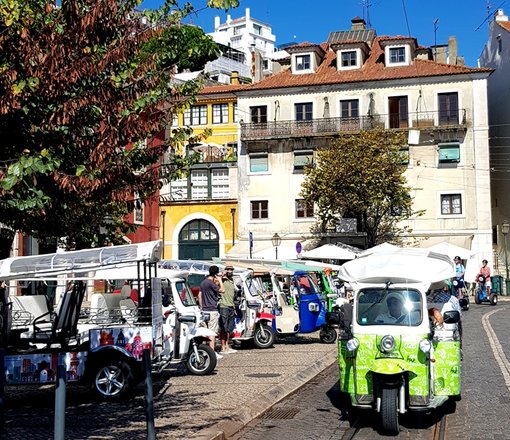 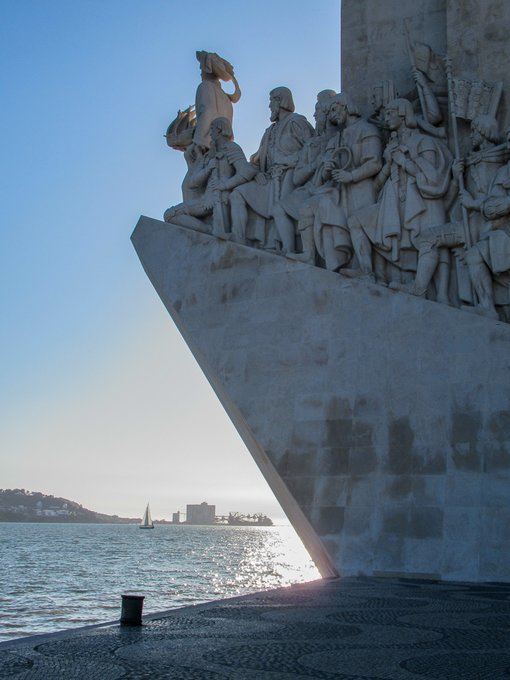