I am not a big fan of Halloween probably because I grew up in Italy and there it is not a "thing"; I never wore a scary costume, I never went to a Halloween party, and I think I went just one time to trick or treating.

When I moved to Ireland it was the end of September, and I immediately saw that Halloween was a big deal. Many amazing decorated houses and shops, fireworks for almost a month, party for two weekends and of course, dressed up people with amazing and scary costumes. Even at work, there were a "party" and prizes for the best costume; as I said, Halloween is a big deal! 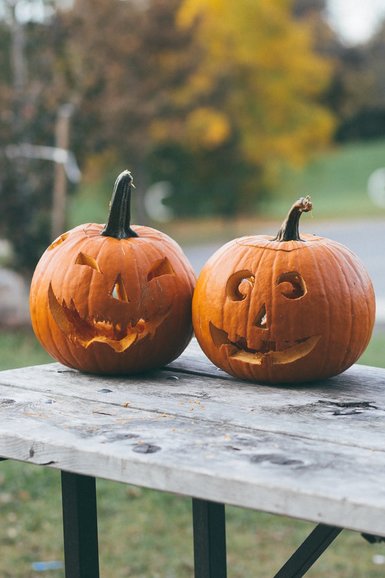 Do you know the story about Halloween?

Halloween was born in Ireland; people thought that October 31 was the end of the light part of the year and the beginning of the dark part of the year. During this passage, souls who had died during the year could return to give a final goodbye to their loved ones, but evil souls could come back too. To prevent evil souls from leading you to the side of the dead, people began to dress as monsters in order not to be recognized. In addition, to prevent evil souls from inside the houses, they began to decorate the houses with scary witches, ghosts or monsters. And, of course, you could not miss some food-based treatment to keep evil souls away from home (in the past the treatment was nuts and fruit now are candy; just trick or treat).

This year 2020, the shitty year, of course, you cannot celebrate Halloween, but I still found something to do which is complete safety, and I must say that I loved it and it was very fun!
I went on a dark tour. The tour started from Dublin Castle with a creepy story set on the only left tower of the castle. Then we moved to Saint Patrick Cathedral, a long stop to Christchurch with scary stories, and we finished to the other side of the river; in total 2 hours walk surrounded by dark and mystery.

I want to share four stories that I liked most.

1. The first story of the tour was about a ghost living in the Olympia Theatre. It is said that a funny ghost haunts the theatre. The ghost is funny because it is used to makes jokes with humans like flush the toilet while you are still sitting or close door with you inside... The guy also told us that if you go for an interview at the Theatre Olympia, they are going to ask if you are afraid of the ghost; is this just to scare you or it is a true story??

2. The second story is about a famous character: Bram Stoker (writer of Dracula). Bram was working inside the present Dublin Castle in an office when during a dark night he was thrown against the wall opposite his desk; the whole scene was seen by a groundskeeper who was working outside. Immediately the groundskeeper entered to ask Bram what had happened and Bram Stoker, after much hesitation, he told him that a platoon of skeletons began to run from one side of the room to the other; he was inside the path of the race, and for this reason he was thrown against the opposite wall. For this story, there may be two reasons: first: at that time to work more hours people used drugs and opium and Bram Stoker was one of them; second: many years before the birth of Bram there were people who tried to climb the walls of the Castle to enter inside, but when they were pushed back, they fell right under the window where Bram Stoker worked, and in fact, the remains of people with broken necks were found right underneath. Which one do you believe?

3. In Dublin near Christchurch, there is now a pub called Dark Kelly but, in the past, it was a whorehouse. Kelly was the owner of the whorehouse and the first murderer in Dublin. Kelly killed many clients, men with stab wounds to the back, and buried them under the floorboards in front of the bordello... I found it exhilarating that there is a pub in Dublin named after the city's first mass murderer, but as I said, the Irish like dark stories.

4. The last story is about Billy in a bowl. Billy was a very handsome man with no working legs and for that, he used to walk around the city in a bowl. How "work" robbed women with a particular technique. He hid behind the bushes and made noises similar to the cries of children or animals and when a woman looked into the bushes, he stole her jewellery. One day a woman tried to fight him, but he had strong arms, and she choked to death. From that day on, Billy realized that he had no regrets for killing the woman and that it was even easier to kill because he could steal more things. So he started killing women, and, of course, no one was thinking about him because of his leg problem. But one day he decided to steal from two women together loaded with jewels. He attacked the first and was about to choke the other when the first woman, after a while, recovered and attacked Billy. The two women fled the attack and Billy died. Apparently today it seems that near Smithfield at night you can hear Billy in a Bowl whispering behind a bush.

Hello, I’m Teresa, and I am a real travel addicted. I’m from a small town near Venice in Italy even if today I live in Dublin, Ireland. I have two big passion: travel the world and immortalize everything with my camera. 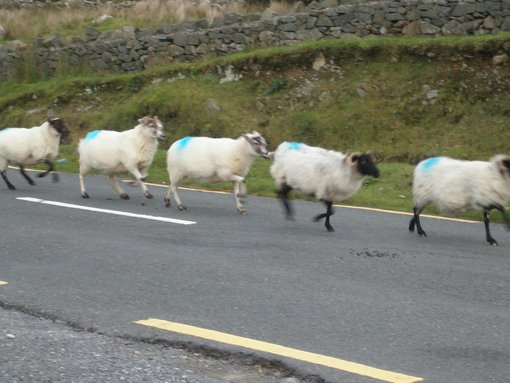