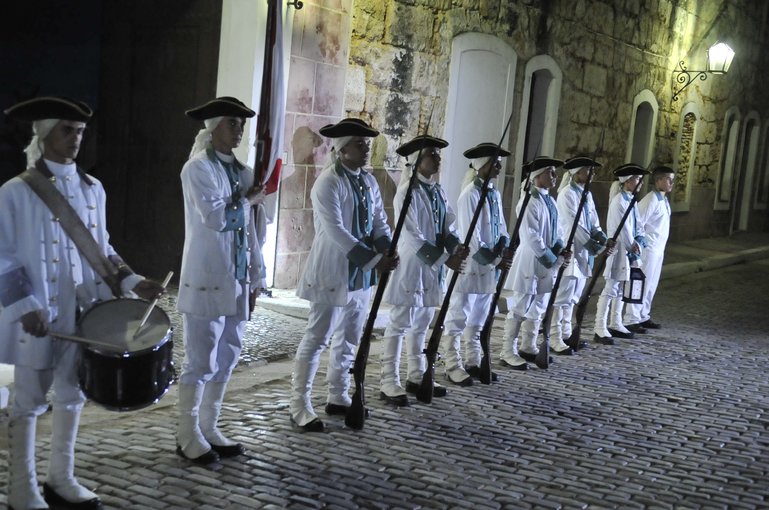 Every night, exactly at 9:00 p.m. local time, the thunderous shot of a cannon is heard in Havana, Capital of Cuba. Residents know that the 9:00 Cannon sounded and visitors wonder why.

This tradition began in the 18th century. The shooting is made from San Carlos de la Cabaña fortress, popularly known as La Cabaña, located next to the Castle of Tres Reyes del Morro, just at Havana Bay entrance. It's said that it' s heard throughout the city: in the Central Park, located in Old Havana, 4.3 seconds after the cannon is fired; at 9.7s in the National Hotel and at 16s in the famous corner of 23 and 12, both places belonging to the populous neighborhood of El Vedado.

Today, as it is popularly known, is one of the most popular and colorful public shows in Havana. Hundreds of visitors, both Cubans and foreigners, concentrate every night in La Cabaña, with their cell phones and Tablets on to avoid missing any details. Everything is recorded from the entrance of the soldiers with loops, hats and colonial costumes, (who are actually young artillery cadets) carrying lit torches and singing in full voice, with a peculiar rhythm, the word silence, and then announcing the beginning of the ritual, which ends with the firing of an 18th century cannon. 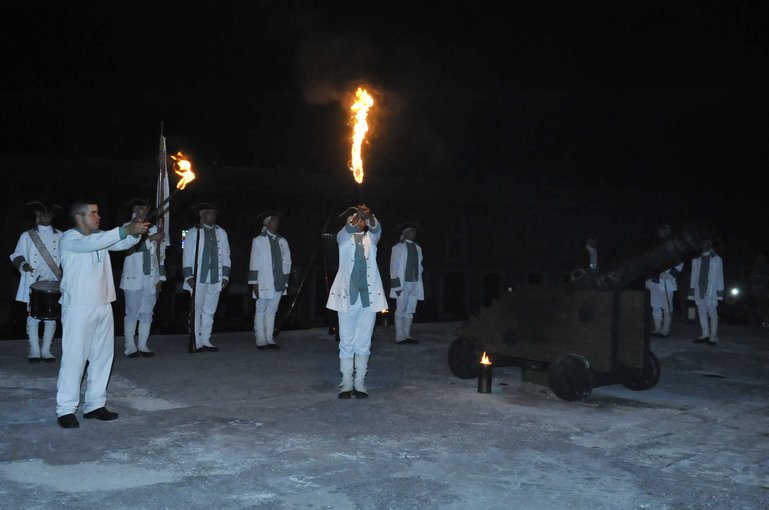 The tradition was born to indicate to the inhabitants of the city that the doors of the walls that gave access to it would be closed, and they were built to protect it against the constant attacks of pirates and Corsairs. The Villa of San Cristóbal de La Habana, as the city was called at that time, since the building of these immense stone walls, was divided into two: the city of intramuros and that of extramuros.

At that moment, the walls opened with a shot at 4 in the morning and closed with another at 8 at night, at the same time, the bay was also closed with a huge chain that crossed it from the Castle of La Punta to the of the Three Kings of Morro. Later on, the closure moved to 9 pm and even when the walls were no longer necessary and were demolished, the cannon continued firing, at exactly the same time, until today.

This event is so rooted in the daily life of Havana, that its inhabitants do not even expect it anymore, rather it is the familiar stampede who makes them fall every night in the time. So it is not uncommon to hear a moment later expressions like "It's nine o'clock!", Or "Well, set your clock because the gunshot just rang", if someone dares to say that the time is different.

Today, this "peculiar warning" continues to break into the bohemian Havana night and, while the capitals serve to set their clocks on time, for tourists it is an unmissable Ceremony, which can be witnessed by all and is truly worth it because it is done with all the military rules, uniforms and customs of the time and let you fly for a few minutes to the past on an exciting and suggestive trip.