The Best Friends Filming Locations You Can Visit

Do you want to visit as many Friends locations as possible? Well, look no further- The definitive guide to Friends filming locations is here. 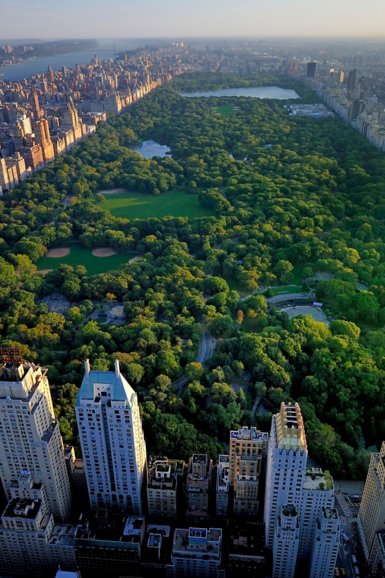 Are you a Friends fan? I sure am. Even though I'm a later bloomer to Friends TV fandom, I am all in.

I'm not sure why it's taken me so long to discover Friends TV.

Although I'm about the same age as the actors who played in Friends, I wasn't into the show when it aired on network TV. When Friends first aired back in 1994. I couldn't really relate to a bunch of single people living vicariously in New York City. I was married, working in a bank, had a baby, and I lived out in the country in Washington State. About as far removed as you could be in Friends world. That, coupled with the fact that I don't watch sitcoms. Yes, Friends is about the only one I watch. It was just never on my radar.
I had seen an episode of Friends here and there over the years, and I thought it was great, but it wasn't until my daughter Ally really got into it that I became a real fan.
Who is your favorite ‘Friend'? I'm team Chandler. I love them all, except Ross. You know, Ross isn't very nice, usually. There was that time he bought Phoebe the bike, that was nice. I don't dislike or hate him in the least. I like him, unlike everyone else, whom I love.
Favorite Friends quote? Mine is: “Joey doesn't share food”, a close second is “What's not to like? Custard: good. Jam: good. Meat: good.” Hmmm, is Joey my favorite? 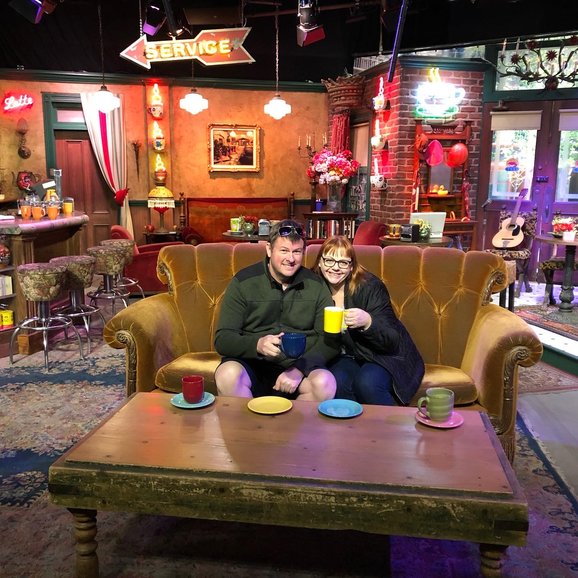 Friends ran from 1994 to 2004. 25 years later, I think it's more popular now, probably thanks to its 5-year run on Netflix. In 2020 Netflix lost the rights to Friends reruns. HBO would start airing the reruns on their own new HBO Max streaming network. But there was a long gap from when Netflix stopped airing Friends until HBO Max was going to air. We were prepared to wait for the new HBO streaming service, but it was taking forever, then the Covid-19 shutdown happened…..with NO FRIENDS???? We ordered the entire series on DVD.

I am no stranger to fandom travel. In the past few years, much of my travel has consisted of Harry Potter hotspots. I kid you not. London. Wizarding Worlds in Orlando and Hollywood. Next up, Scotland. I'm also a huge Alias fan so visiting where Sydney threw her phone in the Pacific Ocean at the Santa Monica Pier? That was a bucket list spot for me. But Friends has some great travel spots; The 25th Anniversary Friends pop-ups. New York City and the Studio Tour in Hollywood, all great Friends travel spots.
You can read about Harry Potter travels: The Best Harry Potter Locations in London.
Combining my love of entertainment with travel has seamlessly melded into a ‘thing.' It's actually difficult for me to think of travel without the pull to search out a Friends, Harry Potter, or Alias spot to see.
That's the great thing about travel. It knows no bounds. You can take a trip to New York City and see all the sites. Then you can pop over to Greenwich Village and Bam! There is the Friends apartment building! No one really has to know you traveled all the way to NYC to see the outside of an average-looking apartment building.

What are the best spots for a Friends's super fan to visit? There are plenty here in the states, namely New York and Hollywood. But, since I'm a huge fan of England, and my favorite Friends episodes are the two in London, I will start with London. 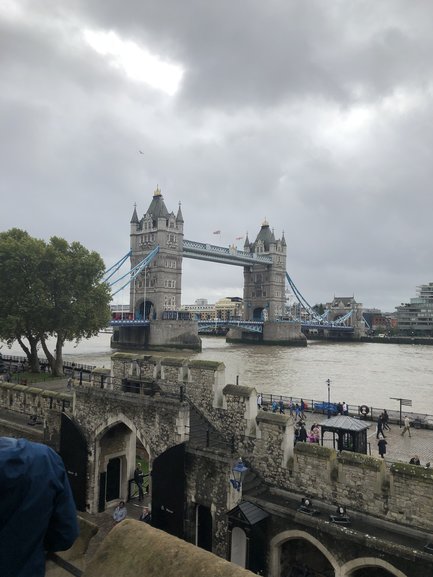 Does it get any better than Joey being so excited to be in London and Chandler being super annoyed by it? Have you ever been Joey in this situation? I have. (big surprise). 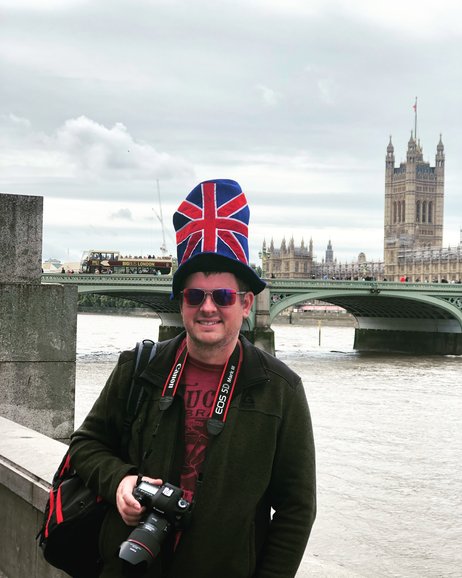 One of my favorite memories of the first London episode is Joey walking around in the British flag top hat. When Derrick and I were in London last, we had to recreate the look. In the episode, Sir Richard Branson sells Joey the hat, much to Chandler's demise, in Trinity Square. Trinity Square is located just north of the Tower of London, which happens to be one of my favorite tourist spots. However, we found the Joey Hat, yes, this is how it was actually sold, at a cute little souvenir stand at the end of Westminster bridge. But, if you were at the Tower of London, the next spot, the church, is just a 20-minute walk or a 5-minute drive.

Ahh, the best part of the episode, Ross says Rachel's name at the altar. Since I am not a fan of Emily, it was pretty perfect.
The church is, in fact, still standing. Not at all demolished. Full disclosure, we did not scout this site out. But I am told it is still there!!! St. Johns Church is located at Wapping High Street, Wapping, London. Moving on, back across the pond to New York.

Where you can find Friends spots in New York City 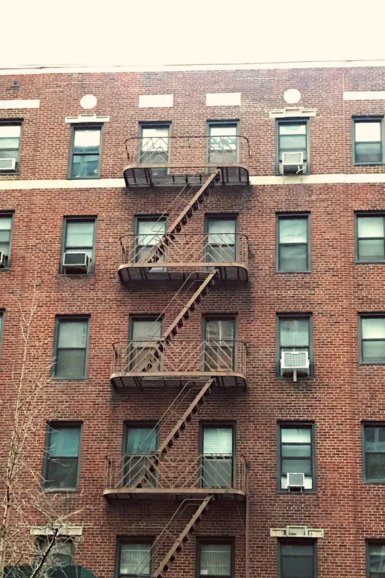 Pretty iconic, right? The building was shown in the opening credits of each episode and oftentimes throughout the episodes. Since the series was filmed on a set in Hollywood and never on location in NYC, it's not actually near Central Park! If you've never been to New York and you're near Central Park, and you think, let's find the Friends apartment building. You're going to be out of luck. It's in Greenwich Village, which is quite far from Central Park!! The apartment building is located at: 90 Bedford Street. New York, NY, 10014.

Museum of Natural History stands in for Ross's work.

Ross worked at the ‘Museum of Prehistoric History” which doesn't exist. I think the reference to the Museum of Natural History is pretty clear. Some great scenes happened at his work. Ross and Rachel wake up in the display to a group of school children. The juice box scene in the planetarium. Oh, and my favorite, the lunchroom scene when Joey briefly worked as a tour guide in the Museum. “Hi. I'm Rhonda, and these aren't real”. So funny.

So many funny scenes happen here thanks to Rachel's job. My favorite is when Chandler dates Rachel's boss Joanna, and she handcuffs Chandler in her office, then leaves. Several other references to Bloomingdales appear throughout the seasons. Bloomingdales is an iconic landmark in New York, and you could do worse!

Some of the best Friends moments happen in Las Vegas 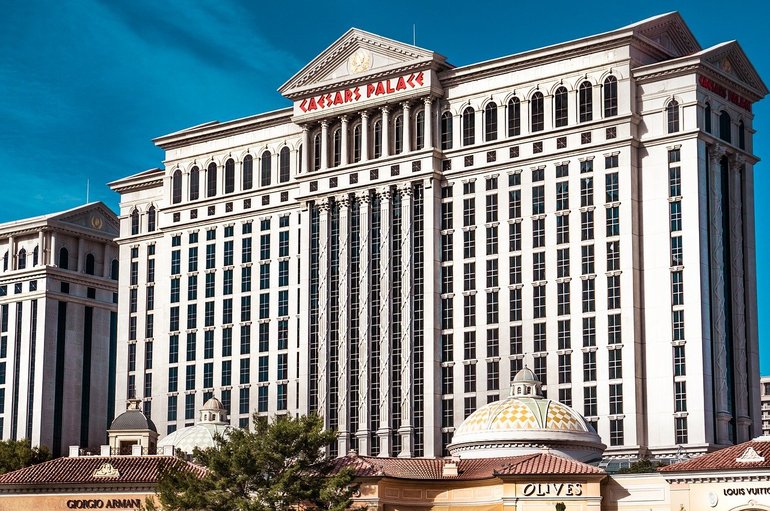 Joey thinks he finally has his big break. He gets the lead in a movie set to be filmed in Las Vegas. He arrives only to find out the movie is on hold due to a lack of a budget! He ends up working at Caesar's Palace.
This is a doozie. So much going on in these episodes. Monica and Chandler's almost wedding. Ross and Rachel's drunk wedding. Joey's hand twin. Phoebe getting kicked out of the casino.
I've lived in Las Vegas for 15+ years, and Caesar's Palace is actually a favorite casino of ours. It's worth a trip to Vegas to see Caesar's Palace. Vegas is always worth a trip.

Friends was filmed on a set in Los Angeles and you can visit!

While there are no Friends California locations to check out, there is a grand attraction. The Warner Bros Studio Tour. You get to see some exterior city shots filmed on location here—the soundstage where Friends was filmed. There is a plaque commemorating the show, but the set has since been used for many other shows. They have a replica Central Perk, where you get your picture taken on the couch. If you are lucky enough, you may get picked to recreate a scene that they videotape. Derrick was so lucky. There is also an awesome gift shop with really unique finds. Of course, the Warner Bros. Studio Tour features lots of other really cool things, an entire area dedicated to Harry Potter, and you gotta love that.

Are you ready to plan your next trip around Friends filming locations? Can you really go wrong with choosing a vacation in London, New York, Las Vegas or Hollywood? I don't think so. So get planning.

Hi, I'm Teresa. I love to travel and most importantly, I love to share about all things travel-related! I live in a travel destination, Las Vegas, and love how it is always changing. Thanks for reading.

NYC to London: Know the Flight time, Distance and More