What to Do in Lyme Regis, England

We stopped off in Lyme Regis on a meandering road trip from Brighton to Cornwall. Whilst there, we hunted for fossils on the beach and explored the harbour area. We also strolled through the old town with its abundance of galleries and gift shops. We loved the town's vibe, the beautiful Jurassic coastline and surrounding countryside.

Lyme Regis is a quaint seaside town located in Dorset, on England's south west coast. It is part of the Jurassic Coast and consequently, a popular spot for fossil hunters who can be seen scouring the nearby beaches. Lyme Regis itself is a historical settlement and its steep main street is lined with galleries and cute independent shops. Back in the day, it was a major ship building centre and at one time was a larger port than Liverpool. 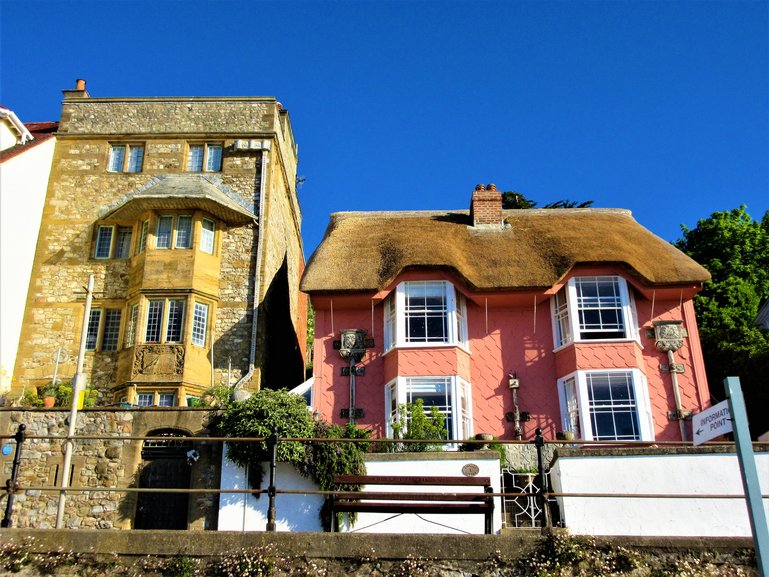 Houses of the Harbour 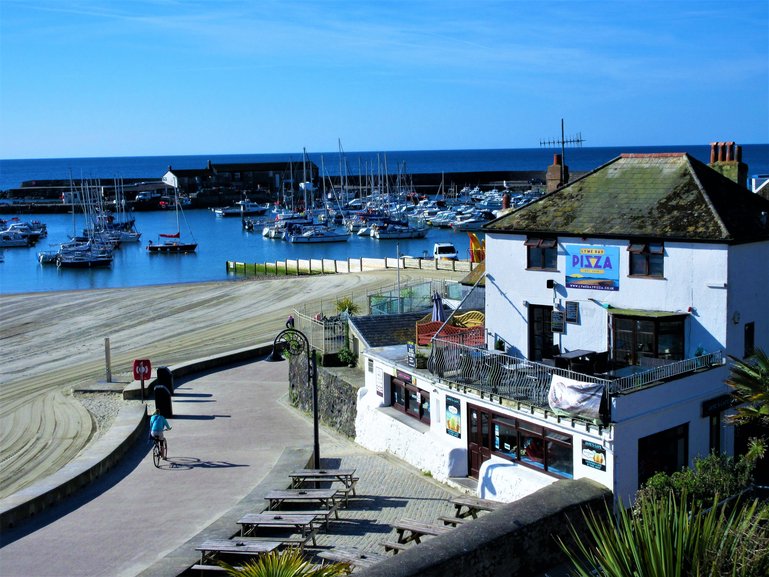 Due to its picturesque appearance and 13th century harbour, it has been the scene of many films and TV shows. These include The French Lieutenant's Woman starring Meryl Streep and Ammonite, Kate Winslett's latest movie. Not only is the town itself worth a visit, but there is lush countryside to explore and numerous attractive villages nearby. Without further ado, here we take a look at what to do in Lyme Regis, Dorset:

Fossil hunting is, of course, one of the most popular pursuits on the beaches around Lyme Regis. The best beaches to try your luck are Monmouth and East Cliff Beaches. New fossils are exposed all the time when the cliffs collapse and the tide drags them out. Consequently, newly exposed fossils can be found amongst the pebbles and rocks. The most well-known of these is the spiral-shaped ammonite, which is particularly common on Monmouth Beach. Interestingly, you are allowed to keep any fossils that you find as they don't last long in their natural environment. Lyme Regis Museum arranges fossil tours which are led by local experts. 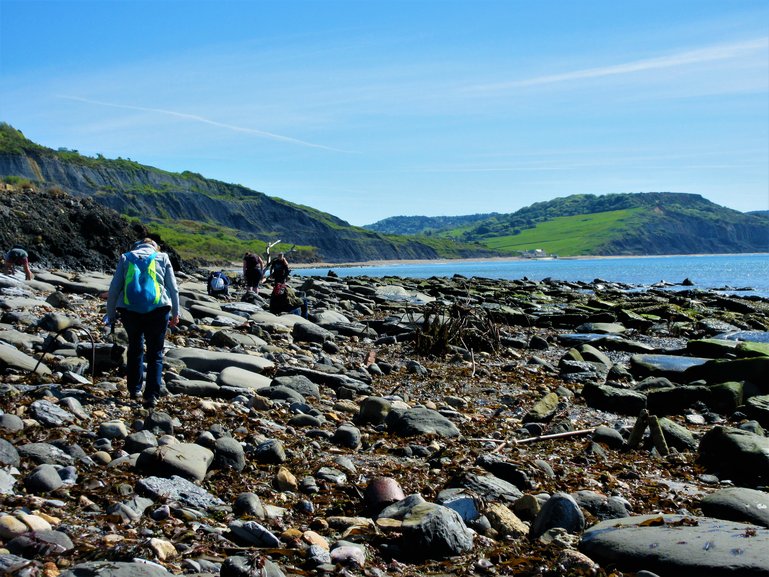 Meet the Local Marine Life at the Aquarium

This aquarium is situated on The Cobb. Although it's compact, it's both a fun and educational place to visit for kids. It offers visitors the chance to get up close and personal with a variety of local marine life. Whether feeding mullet or holding a starfish, it's a great way for kids to learn about life under the sea. The aquarium is home to a variety of creatures which can be found along the coastline including bass, lobster, sea scorpions, crabs and dogfish. The friendly and knowledge staff are on hand to explain all about the residents and answer questions.

Step Back in History at Dinosaurland

This small, but engaging museum is home to a collection of over 14,000 Jurassic marine fossils. Housed in a former church and grade I listed building, there are shell and skeleton exhibits as well as dinosaur eggs and a lump of dinosaur dung! Many of the signs have a humorous slant, which adds some unexpected amusement to a visit. One of the star attractions of Dinosaurland is the fossil of a large ichthyosaur, which was discovered in 1972. The specimen is similar to the type discovered by renowned fossil hunter, Mary Anning, way back in 1811.

Stroll Along The Cobb

The Cobb is a curving wall which dates back to the 13th century. Functioning as both a harbour wall and breakwater, it was here that the hooded figure of a windswept Meryl Streep stood staring out to sea in The French Lieutenant's Woman. These days, kids enjoy fishing from the wall as tourists stroll past eating ice cream. On stormy days, waves crash over the walls – a spectacular sight indeed. 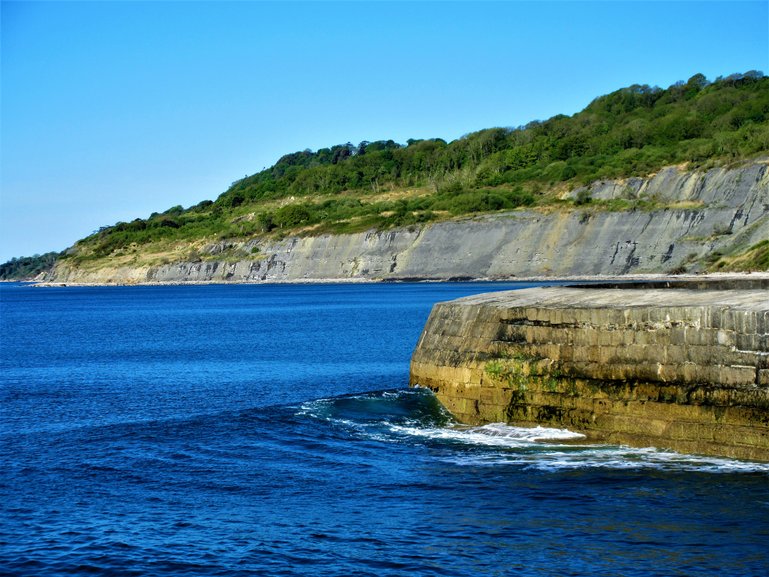 Peruse the Galleries and Indie Stores

Broad Street is the main shopping drag of Lyme Regis and the shops are a mishmash of fossil shops, gift shops and regular high street stores. Fossil shops sell crystals along with ammonites and fossils of all shapes and sizes are fascinating to peruse. Additionally, Town Mill is an enclosed cobbled courtyard and is known as the artisan quarter. The shops specialise in local crafts, handmade jewellery, art and antiques. There is also a working flour watermill in the courtyard. Another shop worth mentioning is Dorset Fudge, from which the tempting aroma of freshly baked fudge wafts out onto the street. 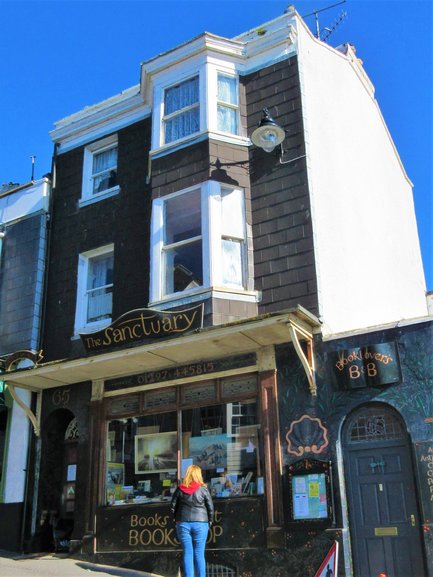 The Sanctuary Bookshop and B

This grade II listed building, which is located on the seafront is built on the former home of palaeontologist, Mary Anning. The main focus of the museum is on the contribution that she made to new ideas about the earth's history. Additionally, there are exhibits relating to local history and a new natural history wing opened in 2017. Many of the displays are interactive and consequently there is plenty to keep children entertained. Lyme Regis Museum also arranges fossil walks on the local beaches.

There are some stunning hiking trails around Lyme Regis. Indeed, the epic 630-mile South West Coast Path passes through the town. In addition to the rugged coastline with its spectacular views, there are pretty villages to discover scattered amongst the green pastures of Dorset. Some of the most popular local walks include River Lim Path together with Church Cliff Walk and Golden Cap, the highest point on the south coast.

Relax in Langmoor and Lister Gardens

These gardens are located on a hill overlooking the harbour and you can reach them from the seafront via some steps. Additionally, there is a car park at the rear of the gardens. Paths meander through the grassy banks past mature trees, shrubs and well-maintained flowerbeds. There are plenty of benches to sit and take in the view. Additionally, sculptures and art installations created by local artists can be seen throughout the gardens. At night, trees that surround the woodland walkway are attractively illuminated. 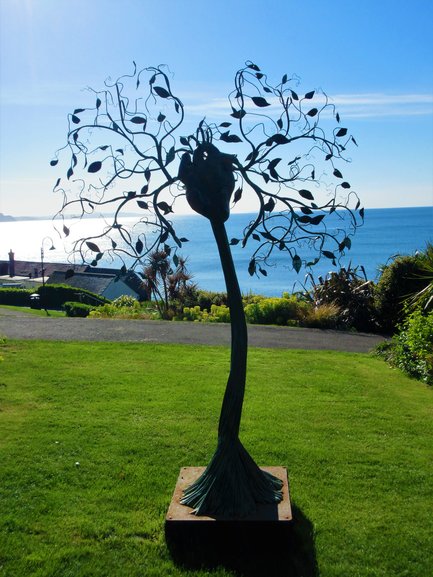 Sculpture in the Gardens 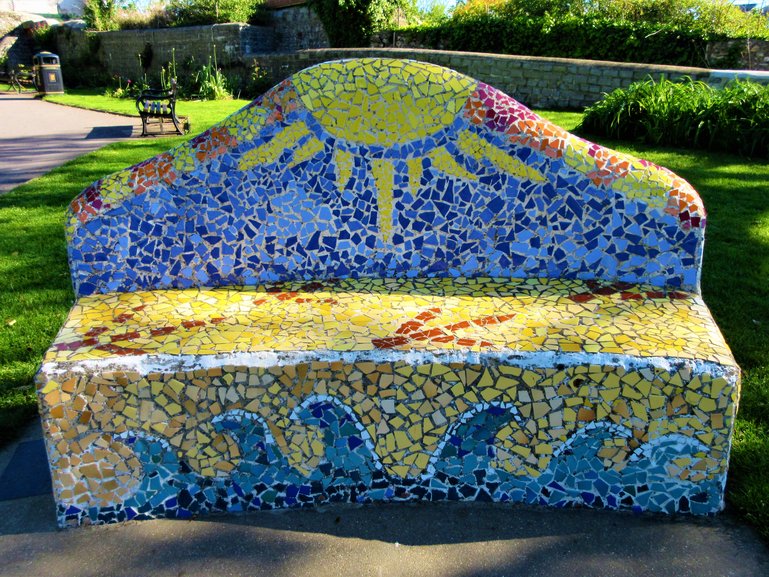 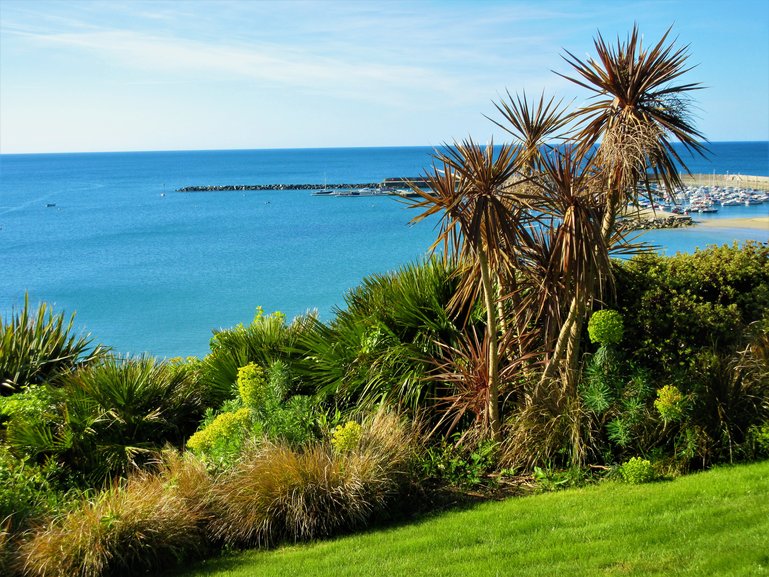 Sea Views from the Gardens

Catch a Show at the Marine Theatre

This cute traditional theatre is situated on the seafront and dates back 125 years. It hosts a wide variety of shows including concerts, plays and movie screenings. Once a month there's an open mic event when the stage is turned over to local musicians, who are given the opportunity to perform in public. Additionally, there's a lovely bar and terrace which has sweeping views across the sea. It's worth checking out the Marine Theatre's website to see what's on when you are in town. 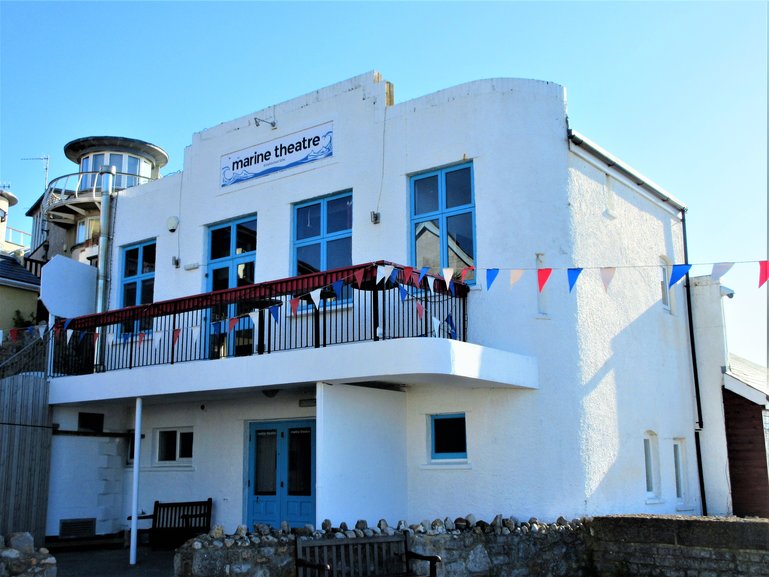 Chill Out on the Beach

There are several beaches in the vicinity of Lyme Regis, each of which have a character of their own. If you like to have facilities close at hand, the town beach has toilets, showers and food outlets nearby. It's a sandy beach, which is raked daily during the summer season and there are lifeguards on duty.
Monmouth Beach to the west, is a pebble beach which is famous for its ammonite pavement, containing the remains of thousands of fossils. To the east, Church Cliff Beach is great for rock pooling at low tide. Lastly, East Cliff Beach is a shingle beach backed by cliffs and is popular with fossil hunters. 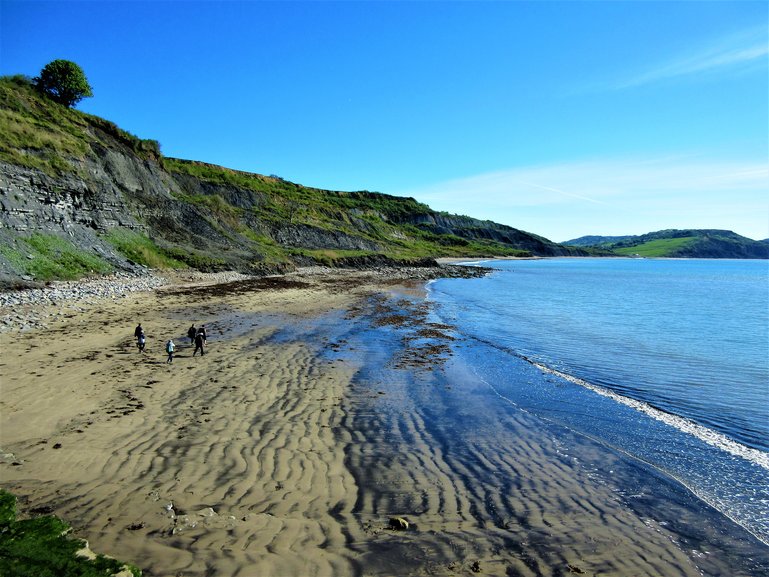 A Guide to Norwich, Norfolk, England

10 Things to Do in Norfolk