As the weather in the UK starts to get a little colder and the dark mornings start to set in I'm spending more and more time reflecting on some of my Winter trips away and wishing I could be heading off somewhere sometime soon (alas, I will just have to be patient!). One trip I thought I would tell you all about was a weekend I spent in Berlin, soaking up the beer and currywurst and exploring the Christmas Markets a couple of years back. 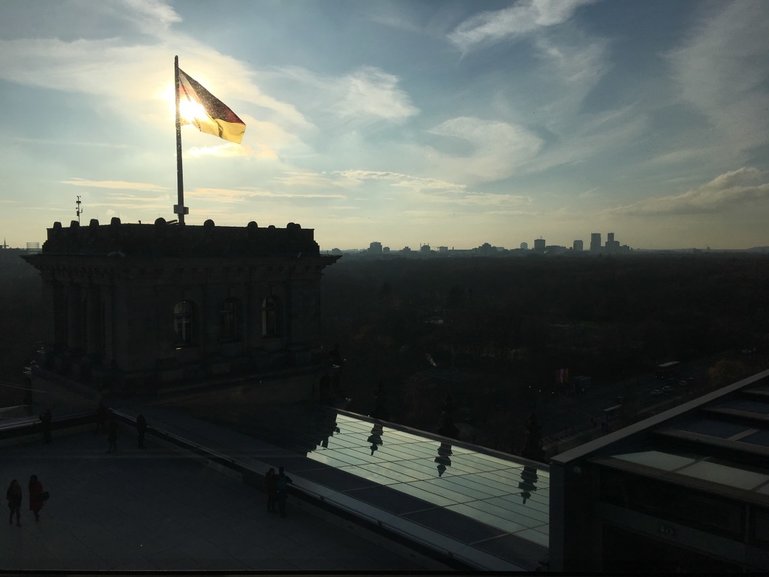 On a late November morning I boarded my flight from London, popped on a podcast and within a couple of hours landed in Berlin Schönefeld (now merged with Berlin Brandenburg). November in Berlin is cold; that was my takeaway from my first ten minutes in the city. But, once I triple wrapped my scarf and dug some gloves out of my bag, I hopped onto the S-bahn and headed into the centre. We were staying in the Kreuzberg area of Berlin, so invested in the Berlin Welcome Card (38€ for 72 hours of transport, including the airport) which made travelling around the city super easy for the rest of the trip.

As always, when we arrived into Berlin we were hungry (a constant state of being for me). First priority; find food. Where to find it? One of the many Christmas Market stalls in the Potsdamer Platz. Going to Berlin at Christmas makes finding traditional German food super easy, with stalls selling everything from Bratwurst and Kartoffeln to Lebekuchen and Stollen. We settled on a some currywurst and a cheesey pretzel to see us through before heading to see the iconic Brandenburg Gate, at the top of Unter den Linten. From here you can easily take in a nice wander around the Teirgarten, one of Belin's inner-city parks, or visit the Reichstag building. We had already arranged to go to the Reichstag then next day, but still took a stroll around the park in the Winter sunshine.

You can't take a trip to Berlin without also taking in some of the more poignant WW2 monuments and museums, and the Brandenburg Gate sits just around the corner from The Holocaust Memorial (officially known as the Memorial to the Murdered Jews of Europe). The memorial is a moving and thought-provoking tribute to all those murdered under the Nazi regime, providing a quiet place for contemplation. There is also an Information Centre built below which displays the names and some personal effects of individuals and families; a reflective stop on your Berlin trip for sure.

For a change in pace, we decided we fancied a warming drink or two. We had heard good things about Rausch Chocolate House from a friend, so this is where we headed. Situated opposite the Deutscher Dom, on the corner of Charlottenstraβe and Mohrenstraβe, Rausch have both a drool-worthy chocolate shop full of goodies as well as an upstairs café where you can choose from a selection of luxurious hot chocolates and cakes to warm you up. Any chocolate lovers MUST give this place a visit! Just in case we hadn't had enough food for the day, we rounded it off with a visit to one of the Hofbräuhaus halls. There are two in the city, Hofbräuhaus am Platzl and Hofbräu Wirtshaus, which is the one we visited. Sausages, cooked meats and sauerkraut were the order of the evening, all washed down with a couple of steins of Hofbräu beer.

With a slightly weary head from one too many steins the night before, we started our second day with a visit to the Reichstag Building, home of the German Parliament as well as to the notorious dome atop the building. The dome is by far the best bit of the visit, offering 360° views of Berlin and catching sunlight on the mirrors that direct the rays into the parliamentary rooms.

From here you can wander once again down Unter den Linten towards the Alexandraplatz, stopping halfway along for a detour to Museuminsel. Museum Island, as it would be in English, which is home to five world renowned museums, and a UNESCO World Heritage site. You can also take in the Berliner Dom and the Lustgarten that sits alongside it.

We then spent our afternoon taking in some more of the historical sights or Berlin, including Checkpoint Charlie and the DDR museum. Checkpoint Charlie is another must-see in Berlin, with a barrier and checkpoint booth as well as the flags and actors dressed as guards patrolling making it a classic picture taking spot too. Beyond the photo opportunities here, you also have the Mauermuseum (Wall Museum), telling the history of the Berlin Wall and stories of those fleeing from East Germany. Spend some time here to really take in the stories of a country once divided.

The DDR Museum provides another insight into life in East Germany, this time in a much more interactive way. Exhibitions including a fully furnished reconstruction of a family's flat and hundreds of original objects provides an easy and fun way for those of any age to understand more about this element of Germany's history.

One ticket I would definitely recommend getting for your stay in Berlin is for a trip to the top of the Fernsehturm. Towering 203m above Berlin, the observation deck and bar provides fantastic views all around the city. We took up the option to enter the spinning restaurant too and enjoyed a continental breakfast whilst watching the world (literally) go round. At 25,50€ (as of September 2020) it's not the cheapest breakfast you'll ever buy, but on a sunny day the views are definitely worth it. 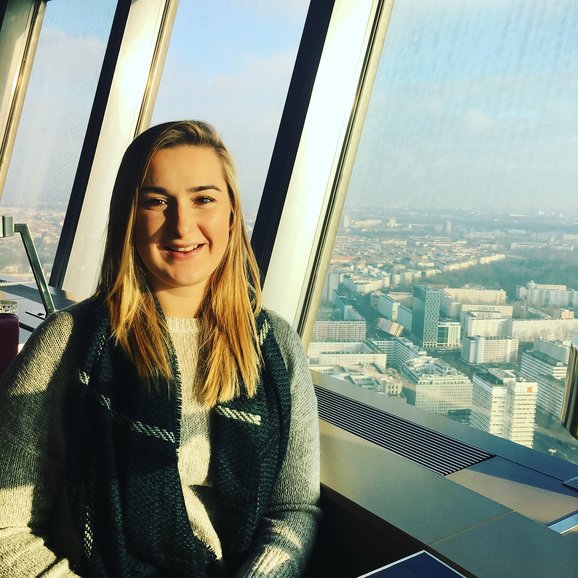 After descending from the TV tower we headed to tick the iconic East Side Gallery off of our must-see list. The longest preserved section of the wall at 1.3km is now also the longest open-air gallery in the world. An enjoyable although reflective meander along the east side of the wall provides many paintings to contemplate and snaps for your scrapbook.

Our final stop in Berlin was the Christmas Markets at Alexanderplatz. Although mainly serving as a key transport hub for the city, in the wintertime it is overrun with Christmas stalls, brass bands playing Christmas songs and handmade trinkets and toys for days. If you're feeling energetic, you can also step onto the ice and take your skates for a whirl under the Christmas lights before enjoying a mulled wine and some Schneebälles (Shortbready, filled, sweet balls of goodness). If that doesn't sound like a good way to round off a great trip then I don't know what will!

Top Things to Do on A Trip to Germany

You've Been Culturestruck! [An AC/DC Pun]

A full day trip to the spectacular waterfalls at Richtis. Experience thrilling off-roading, wonderful scenery and a short Jungle like walk to the falls. You can also enjoy a swim in the refreshing spring water.