Tanzania Has been one among the best destinations for wildlife safari which can be done in any of the 23 National parks, Conservation Area, Game Reserves and Game controlled Area whereby each park, Reserves, Game Controlled or Conservation Area has it's unique characteristic.

Tarangire National park is the park with the very big herd of the African Savanna Elephants which are largest elephant species (Loxodonta africana), these are one of the interesting animal in the World, They are among the wild animal with a defined social structure whereby the Herds of elephants are matriarchies, with the oldest female leading the way. They consist of female family members of any age and male offspring. Pubescent male elephants leave their herds and generally operate in bachelor male herds. Older males are often solitary.

The park has been described as the Elephant Paradise. Besides the Giant Elephant, you'll also find the ancient baobab trees which are very big in size, age and shape. This is also the unique feature of the park, other than the Elephants, being in Tarangire expect to see other animals such as Lion, Zebra, Cheetah, Leopard, Antelope and more.

Visiting Tarangire National Park is a unique experience that will allow to see all those animals in the wild! 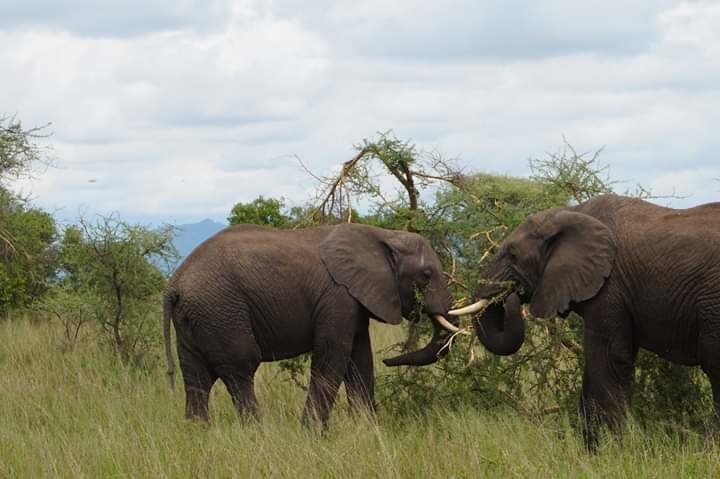 The Giant Elephant in The Tarangire National Park

All our 9 Days Tanzania Camping Safari is a little is similar to the 7 days camping safari in Tanzania but has an extended day in the Tarangire national park taking you to all the popular national parks in Northern Tanzania as Lake Manyara-Serengeti-Lake Eyasi and Ngorongoro Crater.