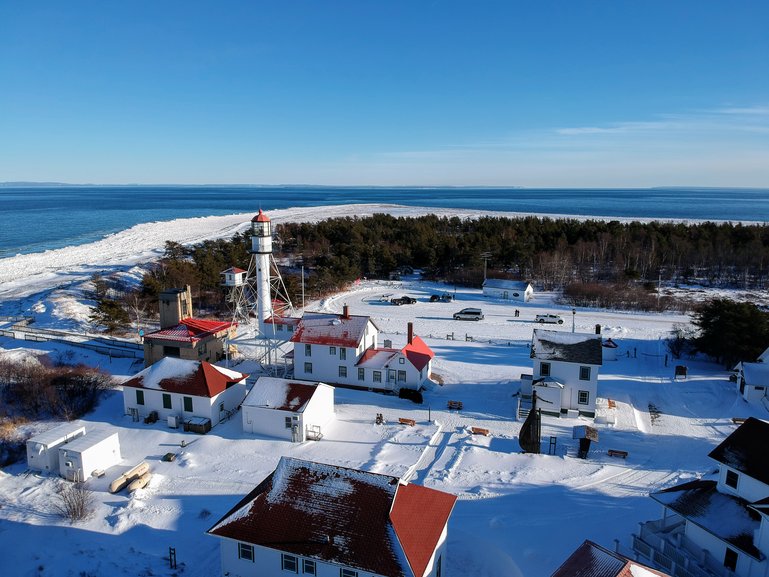 Whitefish Point on Lake Superior — the largest of the Great Lakes -- is located north of the town of Paradise, Michigan. Whitefish Point is one of the most northeastern parts of Michigan's Upper Peninsula and sits on what is known as Lake Superior’s Shipwreck Coast because of the way the water and the wind interact to wreck havoc. It boasts a lighthouse that opened in 1861 that is still revered by sailors as a welcoming beacon along the shore. During the summer, you can climb to the top of the lighthouse for spectacular views.

The Great Lakes Shipwreck Museum, also located at the point, estimates that more than 6,000 ships and 30,000 lives have been lost in the Great Lakes. On Lake Superior, that includes the iron-ore freighter immortalized by the 1976 Gordon Lightfoot song “The Wreck of the Edmund Fitzgerald.” You might recall there is a line in that song that goes, “The searchers all say they’d have made Whitefish Bay if they’d put 15 more miles behind her.” We find it impossible to not hear that song, and especially that line, in our heads when looking north from Whitefish Point. It’s kind of eerie. The museum tells the history of the perils of maritime transport. It has many artifacts from the different ships that have sunk over the years in the Great Lakes. This includes a comprehensive display dedicated to the Edmund Fitzgerald, the largest ship to have sunk in the Great Lakes.

Next to the museum is the original Whitefish Point Coast Guard Crew Quarters. All of this is closed during the winter. But from April through November, you can make reservations to sleep overnight in the quarters. 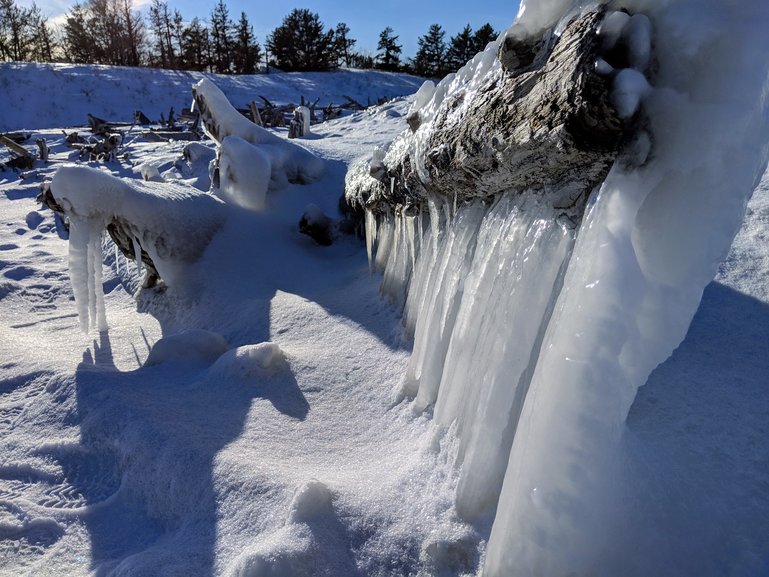 Frozen art can be found on the beach in the winter.

Just beyond the lighthouse, a small boardwalk and viewing deck give you a good view of the beach and Lake Superior. The boardwalk provides barrier-free access so everyone can enjoy the view. While it may not look inviting in the winter, we recommend bundling up and heading out onto the frozen landscape. You are going to see things firsthand that are beautiful in their intricacy and really hard to describe.

The Whitefish Point Bird Observatory also is located here. It serves as a natural migration corridor for thousands of birds each year. While we didn’t see any birds during our trip, the area does provide a nice area for snowshoeing along the Whitefish Bay side of the point during the winter.

The parking lot at Whitefish Point is quite large. But it is a little deceiving in the winter because there seems to be so much space. In the summer, it’s a lot more packed. We’ve heard from visitors who had to park out on the main road and hike in quite a way. 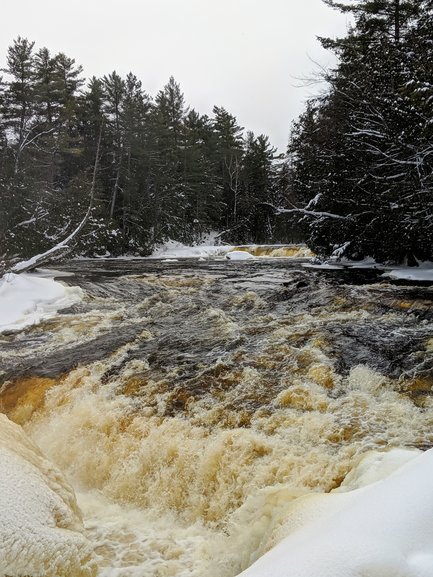 Whitefish Point is 11 miles from the town of Paradise. If you are staying at Tahquamenon Falls State Park in the Lower Falls area campgrounds, it’s about 22 miles. (See our Triptipedia tip here). That equates to a 30-minute drive according to Google Maps. Of course, that is dependent on the type of vehicle you’re driving and the time of year. In the winter, you may encounter slippery or snow-covered roads. You will probably have better road conditions in the summer. However, you’ll also have a lot more traffic on the two-lane, curvy blacktop.

One particular note if visiting in the winter: keep an eye out for snowmobilers. In the Upper Peninsula, it’s legal for snowmobilers to ride on the shoulders of the roads. Of course, given the amount of snow they receive, the shoulders often don’t really exist. That means you’ll find them riding on the roads and you need to go around them carefully.

We are Ari and Jessi. We travel in a 4-wheel drive Class B RV, we ride bicycles, we paddle an inflatable kayak, and we often lace up our hiking boots (and running shoes, in Jessi's case). They all have their uses and they all allow us to prove time and again that "Not all who wander are lost."

We will be traveling to the UP early July with our 8 year old grandson and he wants us to spend time on the beach at Whitefish Point. This is something we have done with him in the past and obviously he enjoys it. I am wondering, with the exceptionally high lake levels being reported this year, is there any accessible beach there? 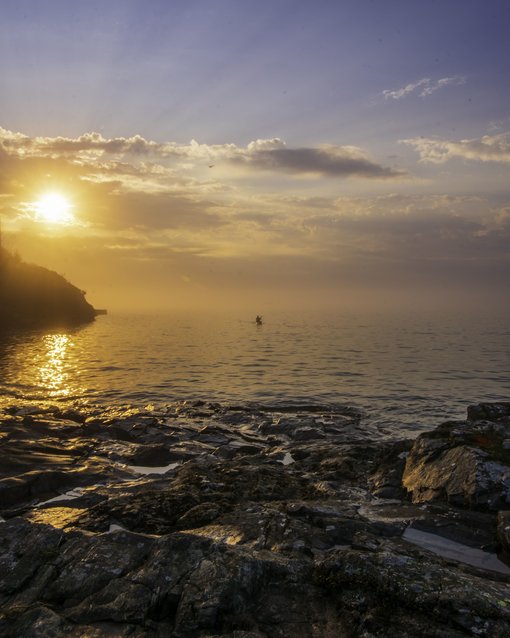