Each peaks has symbolic significance in Hindu religion..!! 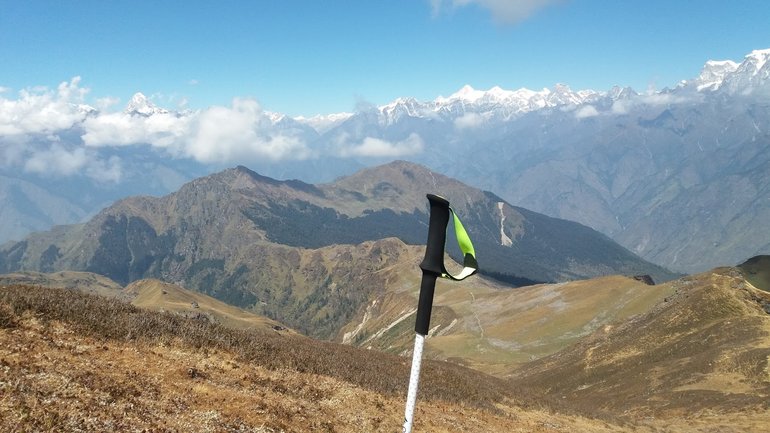 During the phase of trekking we had a superb view of peaks and each peaks have symbolic significance in Hindu religion. Like, Dronagiri Peak is known for its closeness to the nation's most revered epic - The Ramayana. in Ramayana, Lord Laxman being wounded by a powerful salvo (shakti vaan) from Meghnath. On advice from Sushain Vaidya (Herbologist) Lord Hanuman went to fetch the life saving herb from Dronagiri peak. Failing to identify the required herb, Lord Hanuman lifted the herb filled top of the green Dronagiri peak and flew back to Lanka. The Vaidya identified the herb and saved Laxman's life. You will feel that mountain top actually looks chopped off. 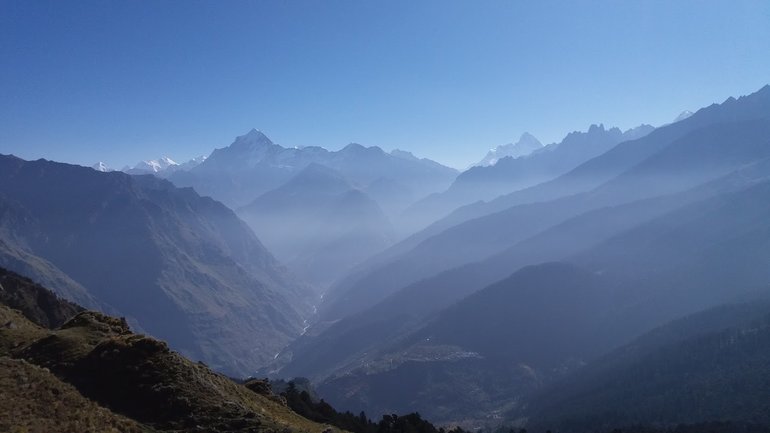 View of Dhauli Ganga from Taali

Moreover, If you are stepping into Himalayas for the first time the Kuari Pass is the trek to do..It's best for beginners..!! 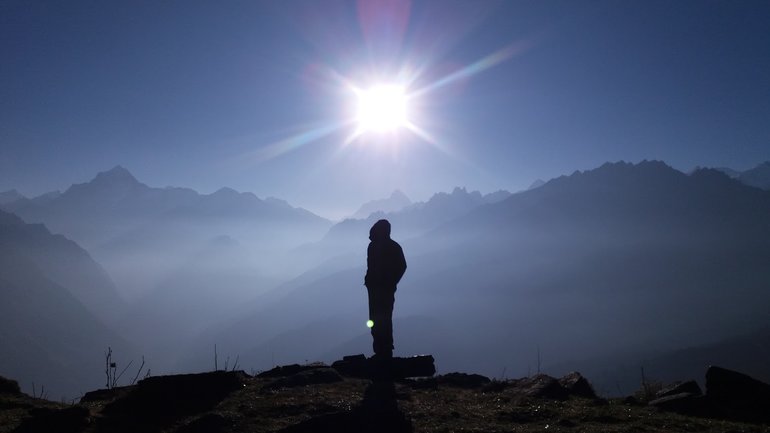 Sunrise at campsite of Taali

To begin with, Kuari Pass is as easy moderate trek, which makes it easy enough for someone starting out in the Himalayas. Even for the first day of the trek you get to see superb mountain views, Neelkanth, Hathi Ghoda Prabat, Nanda Ghunti, Mana, Changbang,Rishi Pahad, Mt. Kamet (7756 m), Mt. Nanda Devi (7817 m), Trishul (7120 m) Dronagiri & Chaukhamba (7128 m). As you go higher, more mountains reveal themselves. They span the horizon making it a spectacular show. 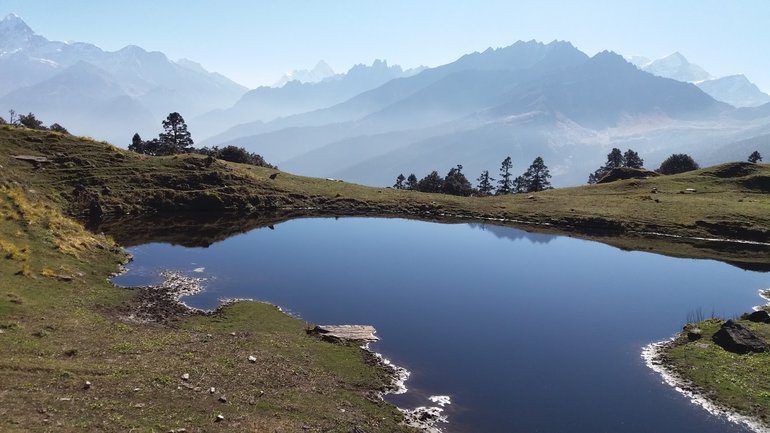 View of Himalaya from Tali Lake

On the route, you will find numerous beautiful forests which are really old with blooming rhododendron and oak trees. There is an interlude of meadows which gives the forest entry so beautiful every time. The region is used extensively by the local shepherds, and it is a great activity to explore one of the richest meadows in the Himalayas to get a full view of the splendid snow-clad peaks. 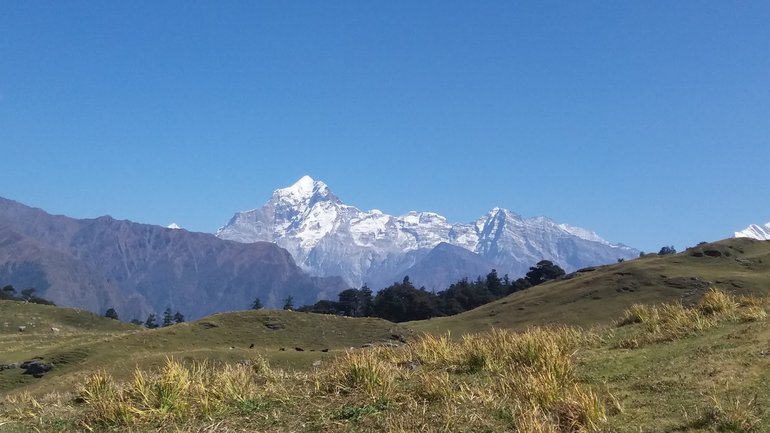 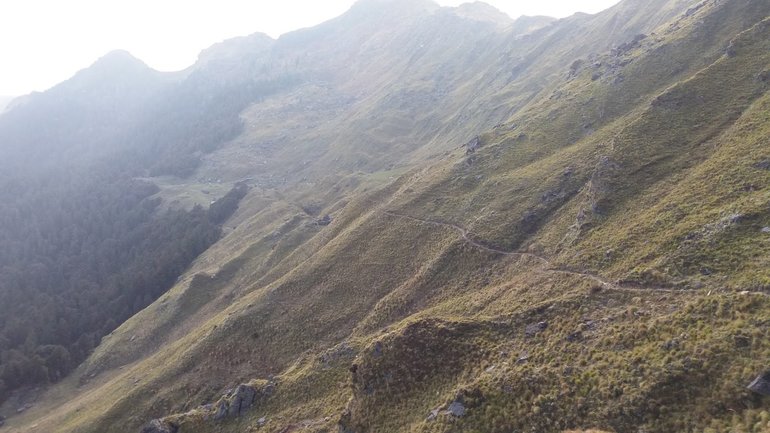 Route on Wheels is a community dedicated to exploring, learning & growing. It gives an opportunity to discover simple ways to lead an extraordinary life -- one that is truly meaningful. We have the knowledge, we are connected, and we are absolutely passionate about designing the best holiday for you – enriching your life with amazing experiences. We offer travel experiences from the Mighty Himalayas in the North to the Palm-fringed beaches of the South, from Ethnic Tribes of the North East to the colourful Thar Desert of Western India. We are specialised inbound travel company based in Dehradun (India), a beautiful valley located in the ... Read more 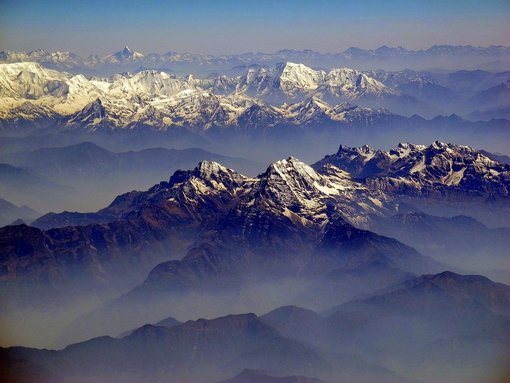 How to stay healthy and fit during a Himalayan trek

My First Snow Trekking in Uttarakhand Experience - the Kedarkantha Peak 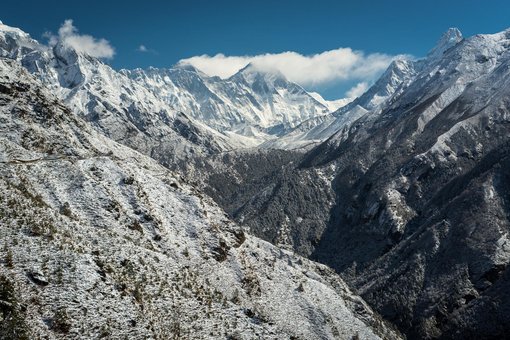 How to choose the right Himalayan trek for you

A Snowy Adventure with My Kids – the Kedarkantha Trek