I live in Paris, I am a runner. And that I am truly thankful for because a huge part of enjoying French culture in depth is of course indulging in the world famous cuisine and desserts.

If similarly, you find yourself in the category of "die hard foodie," with a thirst for travel but are also health conscious, then great- you will enjoy this little traveling runner tip series that I am going to be posting.

How many of you have said upon your return home from vacation, "I can not believe that I ate so much, I need to work off this vacation" or "I literally ate my way through my vacation, I am surprised that the plane could still get off the tarmac with me on board!"
My dear reader I cannot to lie, I have not only said it but felt it all and then more.

Let's warm up now, everyone!

Running is similar to traveling in the sense that you need to be logically prepared. I am going to start the tip series with the basics, then with each new entry go into more explicit detail of the running routes that I find are the best and most importantly, why I think that.

I will start off by saying whenever I travel anywhere, urban or rural destinations akin, I always bring my running gear. Quite literally, the first items that make the cut and are carefully packed away into the bag are my running clothes.

To most running in a city, (not to even mention while on vacation/ traveling) is a fate worse than death. "You run, and in Paris/ are here on vacation? How is that even possible?" It really does seem to be a total crowd shocker.

Paris is actually more of a runner-friendly city than most would think for both the local and the tourist alike. Rewind for a second, let me just clarify. I am referring to the ease of actually running in the city, not the human contact or respect aspect of the event. Meaning that both people and drivers are more likely to yield or make a path for someone on a bike than they are for someone who is running. Not fair, I know, but that's the way it is here as well as other cities that I have traveled to.

3 years have quickly flown by since becoming the honorary Parisian that I do now consider myself. I have run at all times throughout the early morning, midday and even the late evening. But when all is said and done, I prefer to run in the early morning time slot.
Warning: for risk of sounding too cheesy- my runs have opened a whole entire new world of Paris to me (or any city that I have traveled to). Imagine- the usually heavily populated, congested streets and avenues are quiet and empty. It is as if the city is whispering to you all of its secrets.

Before setting out to pound the pavement or cobblestones, it's always a good idea to look at a map the night before; try to get a rough idea of where you want to go/ what you want to see on your run.

In the beginning, I recommend sticking to a route that includes the top tourist monuments.

I do this for many reasons:

1) You won't feel as overwhelmed if this is your first time visiting.
If you are nervous about getting lost or losing your way, chances are that you will not enjoy the running experience as much. If I were to be honest, I do not really have the most fine tuned sense of direction. For me examining that map is key.

2) They are usually well lit.
These high traffic areas usually have plenty of lights, so you will feel further at ease with discovering new districts. Chances are that people who enjoy photography will most likely be up early as well to capture the sights before they are overrun with tourists and people getting on with their day. Not to forget those who keep the streets tidy will be up at that hour working, so you will not be completely alone.

3) The city is not as big, and the points of interest are not as far apart as you previously thought.
You also realize that after looking at the map in more detail, things are not as spread out as they appeared to be at first glance. You will get an understanding and feel for your surroundings much more quickly. Plus, you will find yourself feeling less reliant on the underground, metro or subway systems, and be able to galavant and frolic through the city streets with pleasure and leisure! After all, isn't being above ground in a new place better than underneath it?

And I ask you, isn't that also one of the main goals when traveling? To feel like you are actually apart of the culture that surrounds you?

The alarm clock buzzes and jerks me (and you) from the magical dreamland at 5:30am, 6am.. You get the point.

Looking out the window at the office building across the street one can clearly still see that the city is still wrapped in the midnight blue & starry blanket of the night. The sun has yet to rise, the still lit lamps are setting off a golden glow down the streets. The Eiffel Tower has nothing but the red lights slowly blinking itself awake.
There are hardly any cars, buses or bikes clogging the streets yet, no pedestrians to dodge or small dogs to leap over- Paris is silent.

Early mornings are also the only time I run without music pumping in my ears. This unveiled a huge discovery has lead me to observe first hand the perfectly peaceful atmosphere of some of the most traveled to cities in the world. 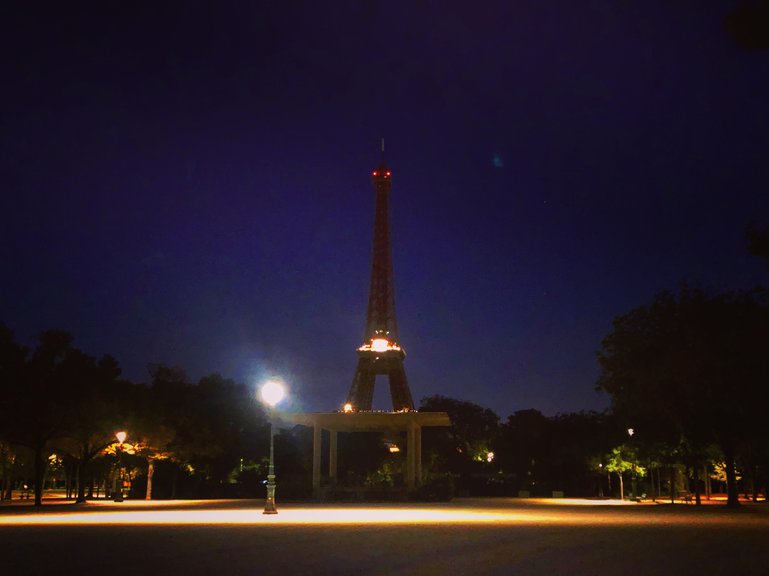 When it is still dark out, no matter where I am running, I tend not to listen to music as I previously stated. I have never run into a problem (pun intended), but better safe than have an unfortunate altercation.

I do however, always have my phone on me for safety measures and on a more positive note, incase I come across a picture perfect moment. (I am beyond happy to state that the latter has happened many times!).

Exercise is great, but how many of you need a little motivation to get through the work out?

Personally, when I run I need motivation. I wish I did not. I wish that I could just find the motivation within myself to be fulfilling, but the reality is that I do need a little pick-me-up boost. (Something more than the mouth watering mental image of the delicious chocolatine or macaron that I have promised myself post workout). Music is, as I have explained, is not always part of the equation.

A great solution though would be the running app Adidas Running by Runtastic, that I have been using each outing since a friend of mine mentioned it to me a few months back. I find that it is a great one. 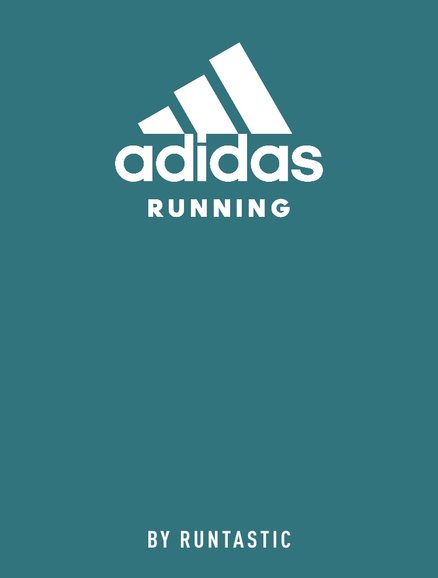 It can be used for more complex and complete running measures, but I use it for absolutely general basic needs: to track how far I run, and the pace I am doing it at. There is a voice that announces at mile increments my progress, informs me about the current pace and the duration of the time that has passed.

When you have finished with your workout it portrays your map, your mileage and color codes how fast you went throughout. As you can see in the photos provided below. The photo on the left shows the statistics of how fast I went for each mile completed. The little rabbit indicates the quickest pace achieved whereas the turtle on the other hand, well, the slowest. On the right, the photo portrays the map of the area I ran in, where each mile was located and lastly the colors show visually the speed that I maintained. 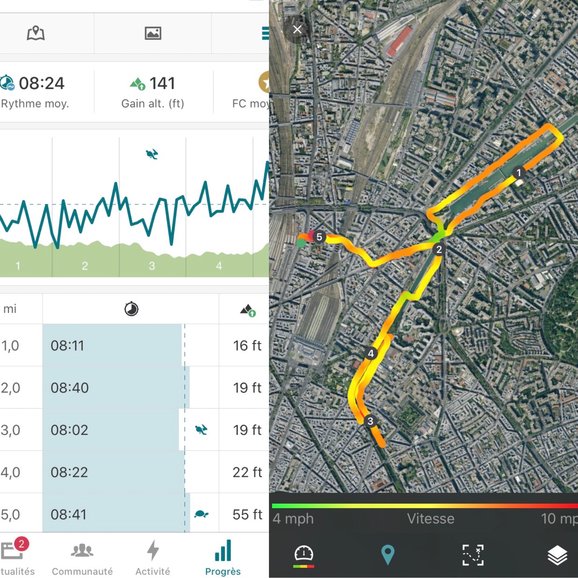 The best part about running on vacation is that you are up and started your day early. You are energized, pumped full of positive endorphins and ready to tackle a full day of touristing!

As a professional in the hospitality & tourism industry, I tell clients when they upon arriving to Paris, this is a magical city that is a guilt & calorie-free consumption zone. (However, there are no guarantees that this "magical spell" continues after your departure!) 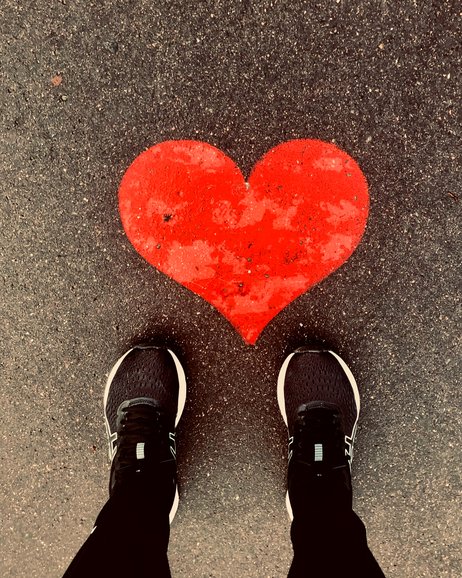 Stay alert, be aware of your surroundings & have fun!
Now, what are you waiting for? Get out of here! :-) Go for that quick run and appreciate even more your 'bon appétit!'

Don't want to run alone? Try a run & sightseeing tour in Paris! Together with your tour hosts, you'll discover by jogging the sights you just cannot miss in one of the most beautiful cities in the world!

Hi, I'm Emily! I am a hospitality and tourism professional currently stationed in Paris, France. I have been fortunate enough to have had vast participation traveling primarily throughout North America & Europe while growing up. Then the added life bonus of 6 years (as of now) of experience living abroad and being able to travel to the far corners of the European continent. Photography, food & wine, running, reading & all facets of art are at the core of my passions. 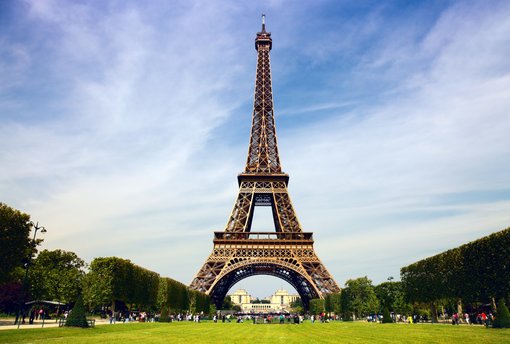