A day in Phoenix, Arizona

Following our most recent USA road trip, I thought this would be a good opportunity to create a series of blog posts documenting our experiences there and hopefully provide some useful tips and ideas for anyone else planning a trip to the States, particularly if they have a limited amount of time, as we did, and don't mind doing a lot of driving. Obviously the blog posts will feature many of my photos.

I'd never really given Phoenix much thought previously, however this turned out to be one of my favourite American cities. Unlike most cities in the world, there were very few high-rise buildings, a lot of open space and it was relatively quiet. The fact that it is almost entirely surrounded by rocky mountains and scattered with large Saguaro cacti made the place even more interesting. While there isn't a great deal to do there (a few days is probably sufficient), it is a great stopover point with several worthwhile places to visit.

We started the day visiting the Desert Botanical Gardens - a 140 acre botanical garden featuring a series of trails where you can encounter a range of plants and animals native to the deserts of south-western USA. It's an important conservation and research centre involved in educating the public on desert plants and their environments in order to conserve and protect nature for future generations to enjoy. 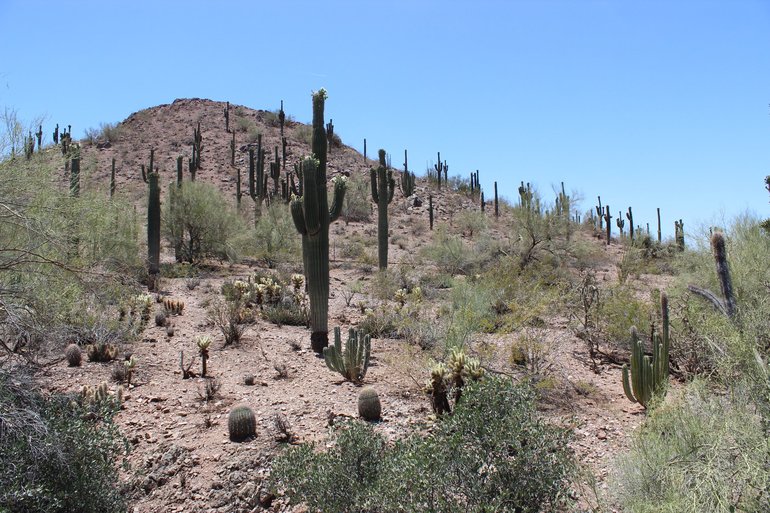 Although I could definitely have spent all day there, we only had time to spend a few hours there. However, this did not stop us from spotting a large number of desert inhabitants - highlights include: Gambel's Quail, Anna's Hummingbird, Desert Spiny Lizard, Gila Woodpecker and the very cute Round-tailed Ground Squirrel which we frequently saw running about, climbing the vegetation and emerging from their burrows that are dotted around the gardens. The habitats are certainly unique, dominated by a range of cacti species that provide a home and resources for many of the animals we encountered. For example, many of the Saguoro cacti have holes that are created by woodpeckers for nesting and are subsequently used by animals such as Elf Owls and bats. 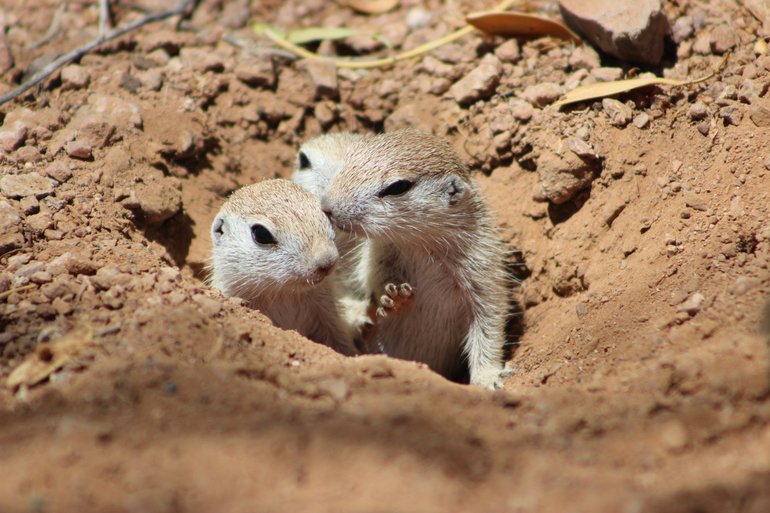 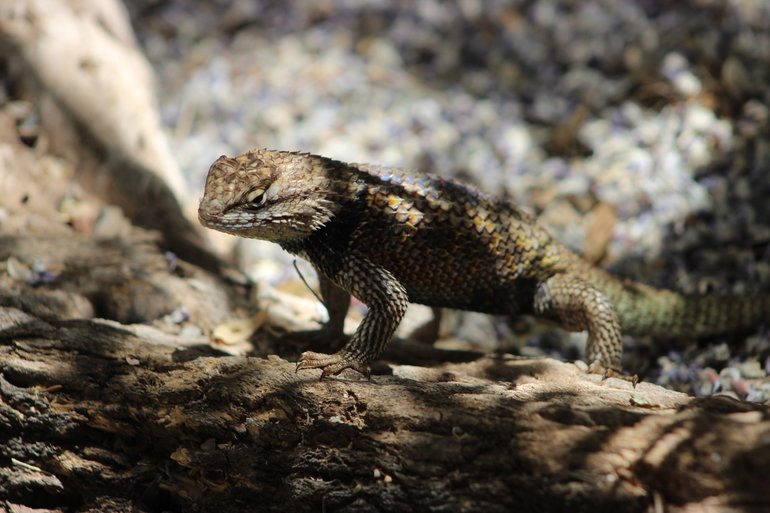 Our next stop was the Musical Instrument Museum (MIM), the largest museum of its kind in the world. A must stop for all musicians and anyone generally interested in music. Here, there displays of musical instruments from all over the world, exhibits of well-known musicians and there is even a room filled with musical instruments that you can have a go at playing. My favourite section was the artist gallery where you can see and hear instruments played by world-famous musicians such as Elvis Presley, John Lennon, Johnny Cash, Taylor Swift and Maroon 5. The room also has one of the enormous drums featured during the 2008 Beijing opening ceremony.

We ended the day by driving up to the summit of South Mountain Park which offers spectacular panoramic views of Phoenix. It's approximately a 15 minute drive from the ranger station at the park entrance. Alternatively, there are several hiking trails up to the summit if you have more time to spend there. Don't get there too late as it is quite a popular destination with limited parking. Watching the sunset and the city of Phoenix begin to light up was the perfect end to the day. 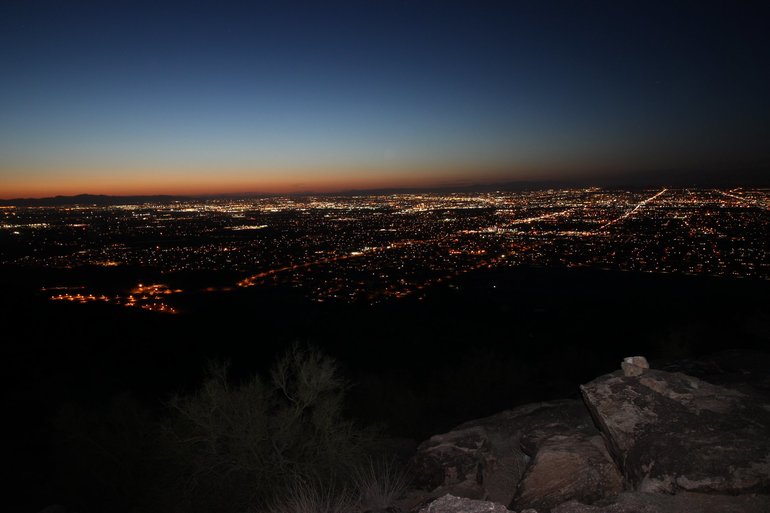 Phoenix is really a great place and well worth a visit. Enjoy your trip there!

Landscape, nature and wildlife photographer based in Southampton, Hampshire. All images are available to purchase as prints and photo products from my Etsy Shop: https://www.etsy.com/uk/shop/CarmenGreenPhotos I’ve always enjoyed taking photos and I purchased my first dSLR camera prior to a university field course to Madagascar in 2013. This allowed me to capture images of all the new and unique flora and fauna that I encountered. Since then, I have loved using my camera and take hundreds of photos wherever I go. While I’ll happily take photos of anything and everything, my main interests are nature and landscapes. Now, after gathering... Read more

Great post! I was in Phoenix last year - checked out Dobbins Lookout, among other places. Watched the sunset from the hole-in-the-rock at Papago Park..it's a literal hole in the midst of a rock formation where people gather! There is a mini hike involved but was worth it. The Arizona State Capitol museum was neat as well. Check out my blog post talking about my time there: http://bit.ly/exploringphoenix

Thank you very much!
Sounds like you had a great time there too. Fantastic blog post too, definitely given me several ideas of other things to do when I next visit Phoenix, hopefully I will have more time to spend this time :) 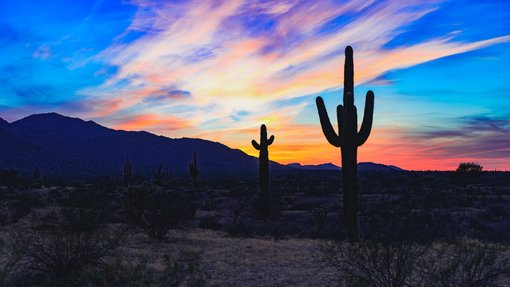 Valley of the Sun: A Self-Guided Road Trip Around Phoenix, Arizona 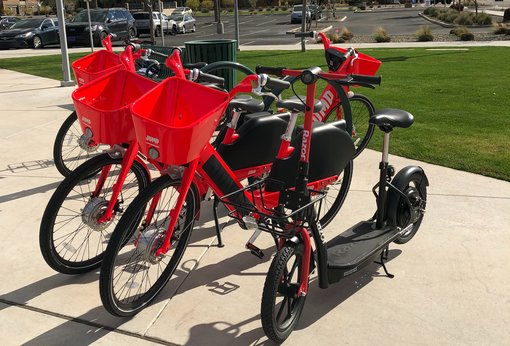 Getting around urban Arizona