Challenging the time and contrasting with the harmony of the Alentejo landscape, the historic village of Monsaraz imposes its greatness.

The castle of Monsaraz was rebuilt by D. Dinis in 1310 on an existing defensive structure, which began like a prehistoric fortification and later like a Roman, Visigothic and Arab military constructions. 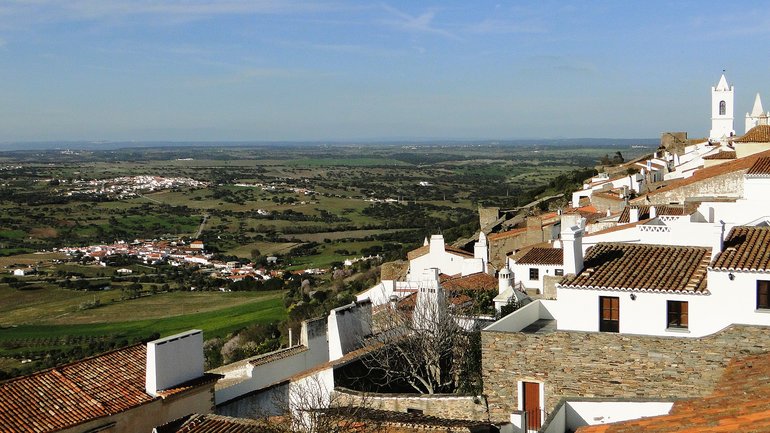 At the time of the Christian Reconquest of the Iberian Peninsula, in the reign of D. Afonso Henriques, this castle has been conquered but would fall in the hand of the muslims, for only in the reign of D. Sancho II, in 1232, to pass definitely into the possession of the Portuguese.

In this reconquest the Knights of the Order of the Temple participated, to whom King Sancho II donated the castle and its domains. With the extinction of this order, the castle passed to the Order of Christ and already in the reign of D. Dinis, was built the Keep of Menage, which still dominates the landscape today.

During the Restoration War, the castle was adapted to the new realities of the war, with the creation of artillery supports. Today, it is classified as a National Monument, it is a privileged view over the Alqueva Dam.

Go along the wall until you reach Monsaraz Castle. Built by King Dinis, in the 14th century, it is classified as a National Monument of Portugal. Around 1830, and after its military functions stopped, the old Praça de Armas (formation ground) of the castle started to be used as some sort of bullfighting ring. Today, it serves this purpose mainly during the anual festivities in honour of Nosso Senhor Jesus dos Passos (our Lord Jesus Christ).

Monsaraz Castle is one of the most splendid places to look at the wonderful Alqueva Dam. This is the largest artificial lake in Europe and one of the greatest Portuguese constructions of the century. 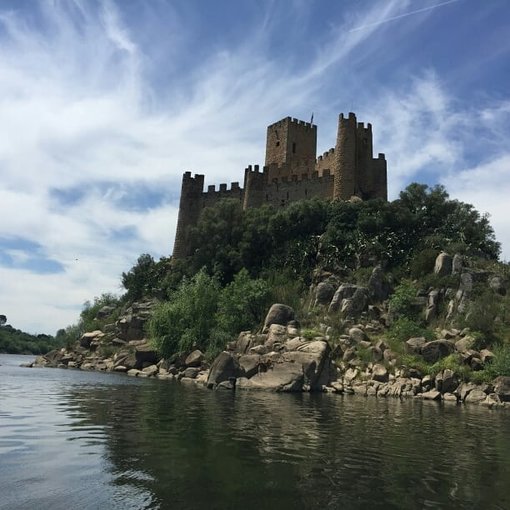