Wales is renowned for its wet weather, with torrential rain a typical feature of any Welsh camping trip. For this reason, planning a holiday to the Welsh coast is a somewhat risky venture. I have to admit, however, that most of the trips I've taken to the Welsh coast have actually been accompanied by glorious sunshine; the most recent trip was no exception. 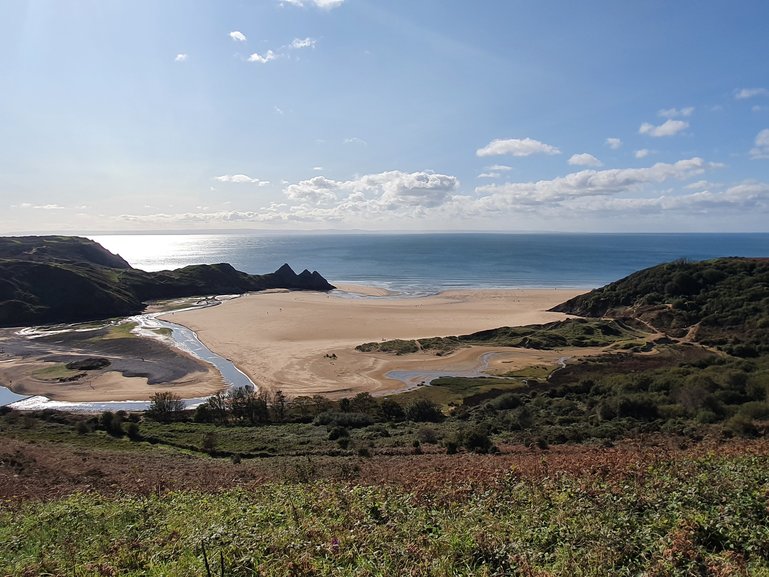 I stumbled across Three Cliffs Bay when doing a quick search for somewhere to stay that was fairly close to the surf spots on the Gower peninsula. It was a spur-of-the-moment trip and finding a campsite with spaces for arriving on the same day was proving difficult, but I managed to find one that had a pitch for the whole weekend, was dog-friendly and right by the beach. Job done.

Three Cliffs Bay contains hours of exploration. The footpath down is fairly steep (which makes for a slightly arduous ascent on the way back!), but it's well worth it. Dotted along the beach there are various rockpools to investigate and the steep cliff edges are great for traversing. There is a small triangular gap in the rocks to the left-hand side of the bay, which is a fabulous point for entering the water for a swim during low tide - on a sunny day there is no better feeling. Watch out for the tide coming in though, as you could easily end up stranded and have to climb your way back across the rocks! 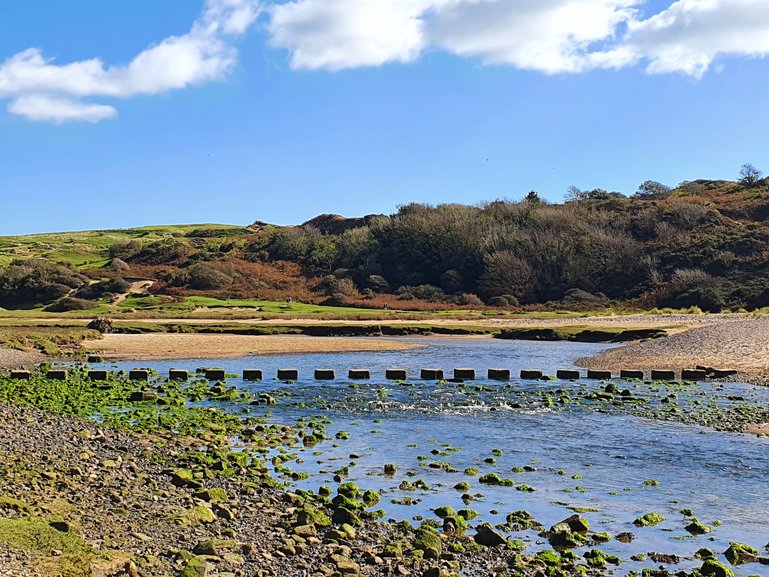 Towards the back of the beach there is a river that winds its way inland, dividing the beach into two halves. To enable you to get from one side to the other without getting wet there is a series of stepping stones - way more fun than a bridge! This part of the beach is composed of pebbles and sand dunes before joining the grassy banks of the river. If you follow the river as it meanders inland, to the left-hand side atop the cliffs stand the ruined remains of a small castle that overlooks the entire bay. I would definitely recommend making the effort to visit this - the views from up there on a sunny day were absolutely astounding. 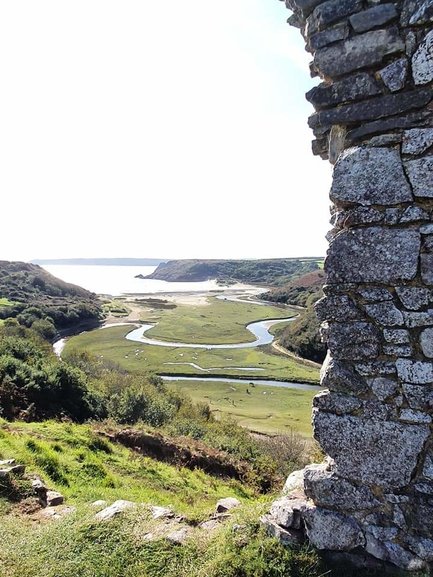 Three Cliffs is also perfectly-located for accessing the many surf spots along the Gower peninsula - Llangennith's fun-sized waves were only a 20-minute drive away (although you do have to watch out for the sheep and cows lining the route!). We stopped for lunch at a great little pub called The King's Head Inn and the food was delicious - a brilliant pitstop for that much-needed pre-surf fuel!

We stayed at the most AMAZING campsite I've ever been to - and that's not an exaggeration! Three Cliffs Bay holiday park has the same name as the beach itself and holds a wide range of different pitches for any budget, from basic pitches right through to glamping bell tents for those who don't want to sacrifice their home comforts. Some of the pitches even have sea views right across the whole bay - I hadn't been organised enough to be able to bag one of these as we made a same-day booking, but I'll definitely try and book ahead next time! Aside from the pitches, the amenities at the site were pretty impressive. There was a well-stocked shop with a cafe selling pizzas, hot drinks and cakes (the chocolate brownies are worth a special mention), and you could hire fire pits for your private evening campfire. There's something special about being huddled around a campfire on a clear autumn night, and this was the perfect spot for it. However, the biggest selling point of this place had to be the shower block. I've honestly never seen anything like it on a campsite - this one could have given the most plush hotels a run for their money. Each private cubicle came with a de-mister mirror, sensor-control shower, heated flooring... it was hard to go back out into the cold!

Three Cliffs Bay was an absolute gem of a find - one of the best UK beaches spots I've come across. They say the best things happen by chance, and this weekend was proof of just that! 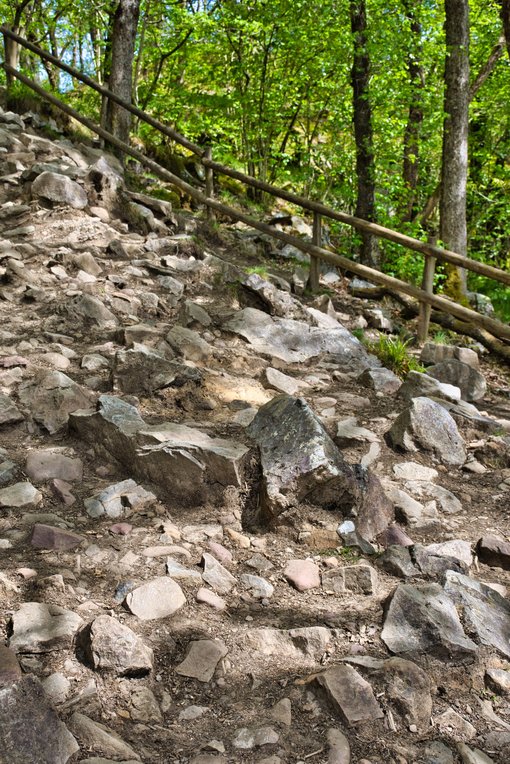