In my weekly travels around London, I'll take many pictures of different scenes and settings. Often, many of the same thing/place/person trying to get the perfect shot using different camera settings to either capture the movement of what's happening before me, or the stillness of the scenery. The one thing I'm clear about is the story I'm looking to portray with each picture, and that by itself may be enough as there's already a story within the story.

And of all the pictures I select from each trip, I'll single one out as my 'Picture of the Day' and use it as my mental reminder of the things I saw and the people I met. It might, on face value, seem unrelated to the location I've been to, but for me it will act as a prompt of the day itself and may be enough to trigger a lasting memory and recollection. As I do this, I'm slowly building up a portfolio of wonderful memories which will help tell a much larger story over time. Let me explain through some recent pictures.

1. Travelling around the fringes of Liverpool Street station 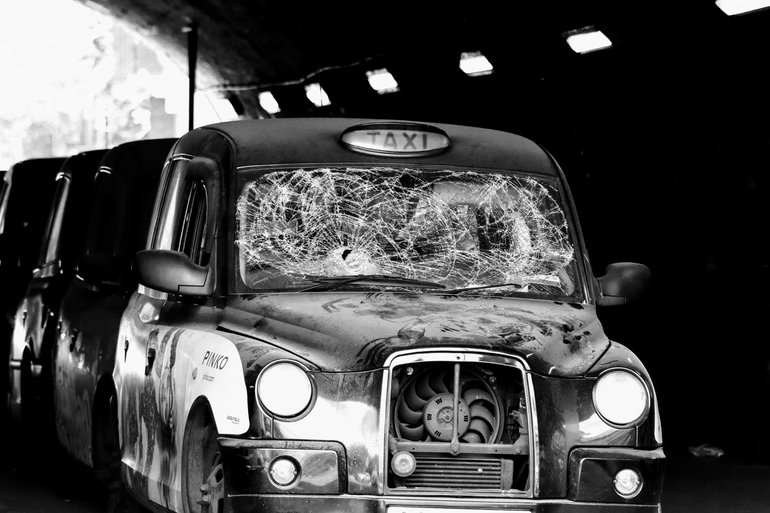 Under the arches in Bethnal Green

This one of abandoned London cabs under the railway arches in Bethnal Green tell its own story of these cabs which have reached the end of their natural lives. But the story triggers a memory of a hidden workforce of mechanics working tirelessly to keep these icons of London's transport going for as long as possible

Colour in the tunnel

I've walked through many an underpass, and most these days are awash with colour to brighten up an otherwise dull and dank walk. But this one near Watford Junction station was highlighted in an exceptional way by the reflection of the sunlight from the far side of the tunnel on the tunnel walls. One of my lasting memories from this trip is of the London Orphan Asylum which was established near the station in the early 19th Century, and now converted into luxury apartments and to me this seemed a bit perverse. 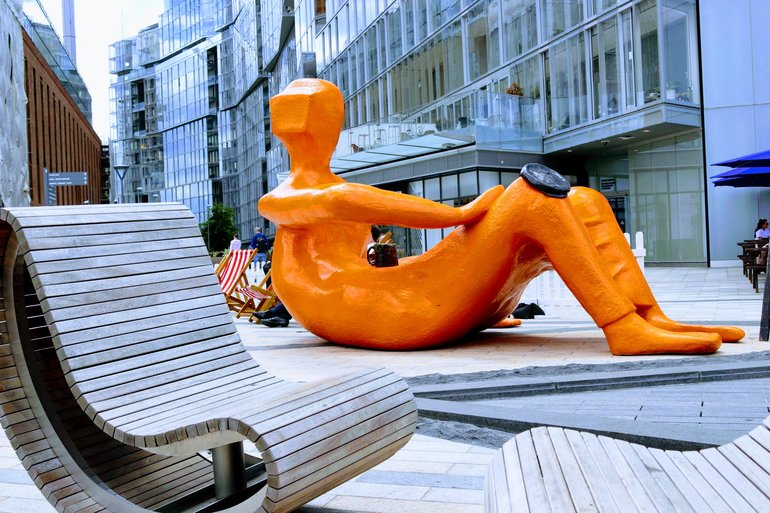 The juxtaposition of the sculpted figure with the arch of the chair created a perfect frame whilst the brightness of the orange against the glazed background helped to draw my attention to the figure. This is a memory of walking around the Battersea Power Station Heritage trail and Battersea Park and finding out about how expensive the flats in the Power Station will be once completed. If you have a spare £20 Million - you'll be fine

4. The Other Art Fair 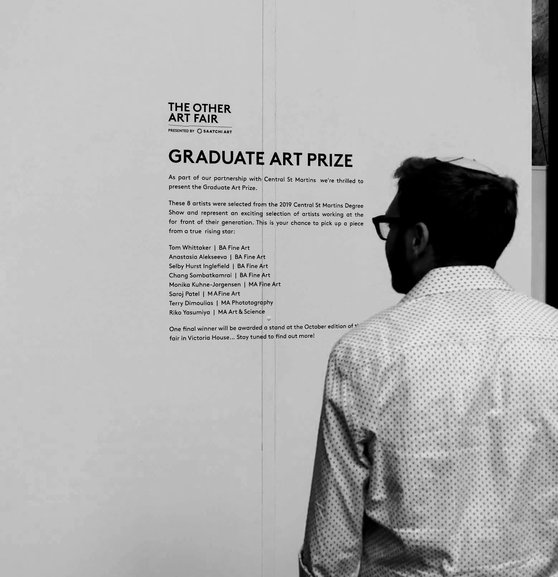 What does it say

This one taken at an Art Fair near Granary Square behind Kings Cross Station is of a visitor reading quite intently the message about the Graduate Art Prize, and is my lasting memory of having been invited by one of the exhibitors to visit the Art Fair. In doing so, I was introduced to many different forms of art, and had the opportunity to spend time supporting the artist who had invited me.

Written by the end of the line

My story Hi, I'm Richard, and in 2018, I retired after 40 years in the Civil Service, the last 28 in London. During my time in London I have grown to admire the diversity of London for it’s people, architecture and open spaces. But travelling around London, I found I was only seeing the framed picture of life through a window, fleetingly in some cases on the train or tube, or when walking, hurrying to my destination trying to avoid other commuters and sight-seers. So when thinking about retirement, I thought how can I combine this experience with my childhood passion for photography? Admittedly photography is different now as in i... Read more

One Day tour to Seven Rila Lakes from Sofia