Tenerife, among many years, has attracted many tourist’s attraction. Being the largest of the eight canary islands, it is the most visited place in the archipelago, almost over 5 million tourists visit each year. Tenerife is the ideal destination for both nature lovers and beach lovers. 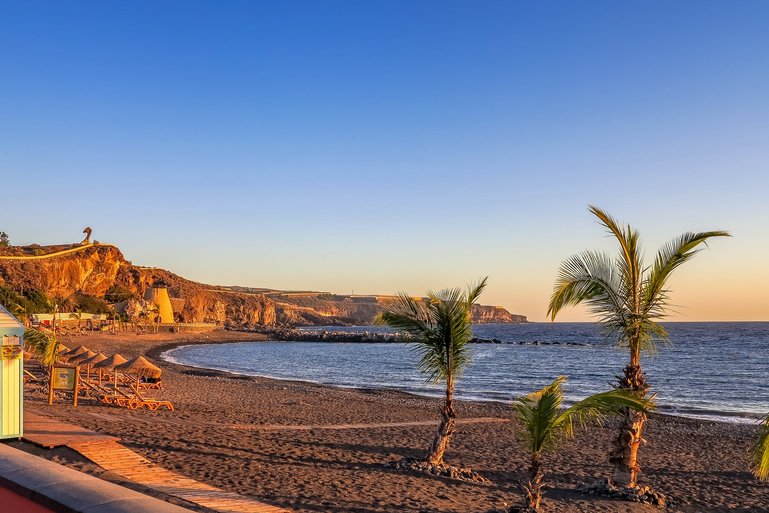 Tenerife is home to many destinations. From snow on mount Teide to the black and gold sand beach, Tenerife offers a warm and pleasant climate. Because of its unique location near the west coast of Africa, Tenerife has a subtropical atmosphere, ideal for visiting any time of the year.

Tenerife is separated into two climate zones. The climate in the North is cloudy and wet. While in the south, you will find a sunny and arid climate. Tenerife is one of the kinds of both Spain and Africa.

If Tenerife has not been on your bucket list, then place it now!
You can’t miss a place that is perfect in terms of weather, history, adventure, fun, and calmness. Tenerife is cheap and affordable as compared to other European Countries.

The eruptions of Mount Teide formed Tenerife. It is the highest peak in Spain and the third-highest island volcano in the world.
These eruptions gave birth to Tenerife’s most iconic landscapes that are Mount Teide, National park, and Black sand beach. The Teide National Park is a UNESCO World Heritage site and also the second most visited park in the entire world.

Your trip to Tenerife is incomplete if you don’t visit Santa Cruz, the capital of the island. The historical architecture, fascinating galleries, science exhibits, La farola del mar lighthouse, the auditorium of Santa Cruz, famous Parque Garcia Sanabria, Botanical garden, and food are some things that you mustn’t miss. The mount Teide is an active volcano and world heritage site that you will love to visit. You can reach the top through a cable car or by hiking. The top provides a magnificent view of the entire island.

In the north of Tenerife, you can visit the oldest town on the canary island La Orotava. After the Spanish conquest, it was founded in the early 16th century having great historical significance. You can see beautiful old buildings with beautiful houses and wooden balconies that were once the home of some of the island’s wealthiest residents.
Also, in the North of Tenerife, you can see the thousand-year-old dragon tree, located in the town of Icod de Los Vinos. This tree is also considered the symbol of Tenerife.

Don’t know how to speak Spanish, No Problem. The island is visited mostly by foreigners. You won’t face any difficulty communicating in English, as many locals can also speak English.

Don’t like to visit historical places, Ok then, You can hit the beach at any time. Tenerife has so much to explore in a small territory. Tenerife comprises white golden sand beaches to the black sand beach.

Some famous exotic black beaches you can find are Playa del Camison, Playa de la Tejita, Playa Jardín beach. The black warm beach with palm trees and the refreshing sea is the perfect spot for sunbathing and relaxing.

Sightseeing besides the beaches

Other than relaxing under the sun, these beaches also have sightseeing like gardens, waterfalls, and stone walls. You can also go for sports activities like Surfing, Scuba dive, Boat tours, Swimming and much more.

Also, there are many bars and restaurants to freshen you up. The island also offers ideal conditions for paragliding, surfing, windsurfing, and kitesurfing. Other than these, there are many more activities in the sea that are both affordable and worthwhile.

For your love for adventure, you can also go for mountain climbing, biking, and para-gliding. These spots serve the most astonishing views of the island. There are also fishing spots, and a must-try for every tourist is whale and dolphins watching trip.

Among the many Golden sand beaches in the Tenerife, some of the most famous white sand beaches are Playa de las Teristas, and Playa de las Americas are also an enjoyable place to visit. The calm waves and water of terestas make it ideal and most visited beaches of Tenerife for the families and youngsters. Terestas is a manmade beach made by golden sand, which is brought from the Sahara desert. The beach is great, and perfect for swimming and the water is crystal clear.

Love shopping? Then you can find many shopping malls and street markets to shopping from. Santa Cruz has the best places for shopping on the island. The most famous place for shopping is Mercado Nuestra Señora de Africa, Our lady of Africa Market. It is the main market in Santa Cruz built in a courtyard fashion with having more than 300 stalls of the best fruits, vegetables, flowers, meat, dairy produce, and herbs and spices. The market in the courtyard has small cafes and restaurants, which makes a great stop for lunch.

One of the most enticing things that this island offers is its diverse Canarian cuisine, from sea fish to homemade dishes, and the most famous Wine tasting. If you are planning to travel to Tenerife, you must take out a day and go to wine tasting tours that are offered by the wineries. The island produces both red and white wine. You should not miss Tenerife wine tours where not only you will enjoy tasting different homemade traditional wines, but will also gain knowledge about its production and history. The mojo sauce, goat cheese, and Papas arrugadas (wrinkled potatoes) and seafood are the other most famous dishes served in the restaurants. You must try these foods for once when you are in Tenerife.

Apart from relaxing and calming activities, Tenerife has an exciting nightlife for its visitors. You can celebrate the nightlife in the south in Playa de las Americás, Costa Adeje, Los Cristianos. Whereas if you are visiting the north, the main party areas are Santa Cruz or La Laguna. The bars and clubs are open until the early hours of the morning. You can find many clubs, lounge and chill-outs bars with DJs and loud music with lots of fun.

With about more than 300 sunny days, warm beaches, adventurous sites, rich historical places, delicious cuisine, and amazing nightlife, you should definitely not miss going to Tenerife.

Travelspiration is a platform written by locals around the world! They can give you the best information about beautiful locations. Have fun!

A Quick Guide to Madrid