Located on the banks of the sacred River Ganges, Rishikesh is known as the yoga capital of the world. Indeed, there is even a train named the Yoga Express which chugs its way from Delhi to neighbouring Haridwar. For thousands of years, holy men and yogis have been making pilgrimages to Rishikesh. Surrounded by the forested mountains of the Himalayas, the city is one of the most revered cities in India for Hindus. 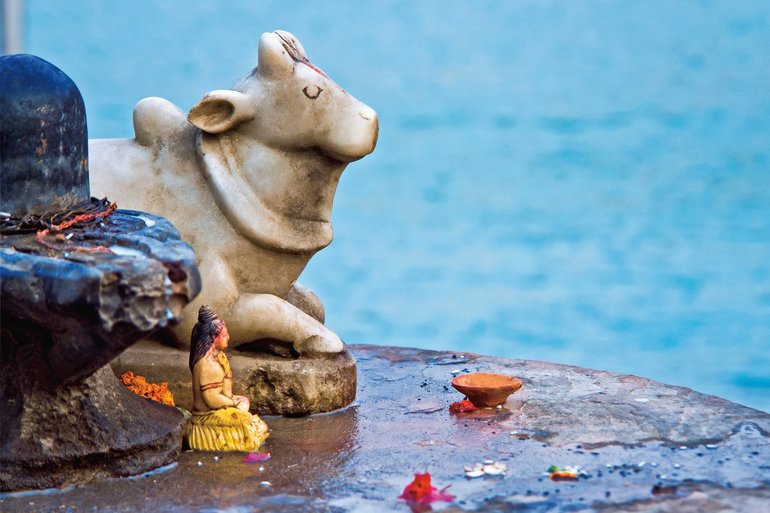 In the sixties, Rishikesh gained attention when the Beatles visited as guests of Yogi Maharishi Mahesh. While staying at his ashram, they learnt transcendental meditation and also found time to write and record The White Album. These days, it's possible to visit the rundown ashram, where the walls have been covered with Beatles-related graffiti. 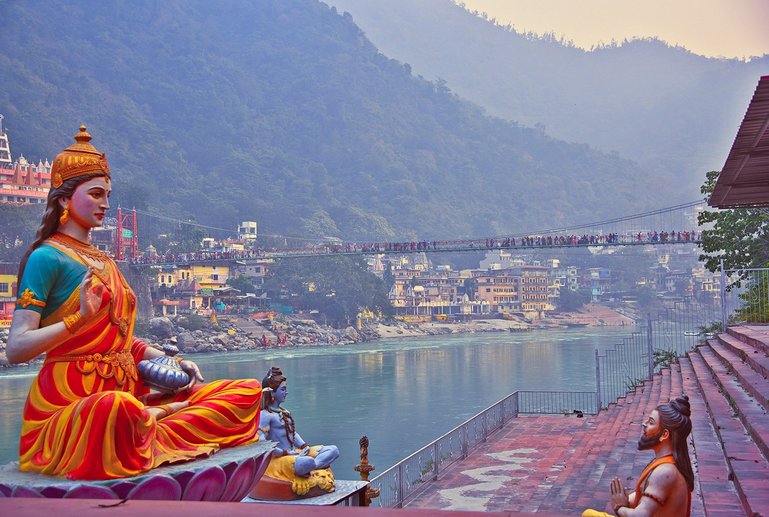 Indeed, there's more to Rishikesh than spirituality. Adventurous travellers will appreciate the chance to partake in trekking and white-water river rafting together with mountain biking. Furthermore, the beautiful natural setting is a great place to connect with the great outdoors . Rishikesh is, as a matter of fact, a perfect escape from the plains at the hottest times of the year. The best seasons to visit are March/April and September/October. At these times, the fresh mountain air provides a relief from the oppressive heat present elsewhere in the country.

The Spiritual Core of Rishikesh

The main areas of Rishikesh are Ram Jhula and Lakshman Jhula. This is where there are an intensity of temples, ashrams, hotels and cafes, along with stores selling spiritual-related paraphernalia. Most of the restaurants and cafes are, of course, vegetarian. In fact, many of them serve excellent ayurvedic food. Indeed, it's difficult not to be healthy whilst in Rishikesh.

The International Yoga Festival, held every March, is one of the largest yoga gatherings on the planet. Its aim is to connect yogis of every colour, culture and creed. In addition to yoga classes, it is possible to sign up for vegetarian cooking classes. Furthermore, you can listen to talks by the spiritual masters and enjoy performances by local and international musicians. 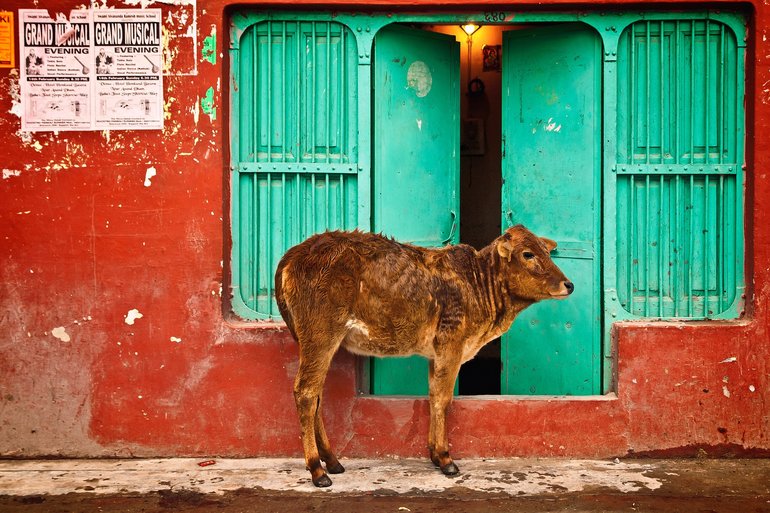 In a town that is home to more ashrams, yoga institutes and retreats than anywhere else in the world, choosing the right one is no easy task. Indeed, yoga styles vary enormously. Furthermore, some of the ashrams focus specifically on meditation or spiritual philosophy. Consequently, selecting the most suitable is very important. To help you, here are five of the best:

Not only does this ashram focus on the practise of hatha yoga, but it is a traditional in style. Yoga teacher training courses, together with cooking classes, are available. Additionally, there's a comprehensive library offering books on yoga and Eastern philosophies. A fire puja takes place daily. Kirtan (devotional songs) are carried out weekly. Three nutritious veggie meals are provided a day. If the ashram is fully booked, it is possible to buy a bargain three-day pass, but stay elsewhere.

This is one of the largest and most popular of the ashrams in Rishikesh. With 1,000 rooms, rates vary according to the standard of accommodation. Two yoga classes together with three meals a day are included in the price. The focus is on asana, vedic chanting, prayer and pranayama together with karma yoga. Additionally, the ashram is known for its sunset Ganga Aarti ceremony. The ritual draws substantial crowds every evening. It is, indeed, an unmissable event for anyone visiting Rishikesh.

This ashram was established by Swami Sivananda, one of the great yoga masters of the 20th century. The historical ashram is one of the oldest and most disciplined in Rishikesh. Additionally, it is also one of the least commercialized - in fact a stay at the simple accommodation is by donation. Men and women attend separate yoga sessions. Situated on the river bank, the setting is tranquil and the atmosphere at this ashram is genuinely spiritual.

This small, welcoming ashram is located in peaceful surroundings. Views of the hills, not to mention the River Ganga, can be seen from the flower-filled roof terrace. Furthermore, the ashram is suitable for those seeking a fully transformative experience. Indeed, Yogi Ram is highly regarded by the many spiritual seekers who have stayed here. In addition, the library has a great range of books. Delicious ayurvedic food is served to guests. Due to its size, the ashram is ideal for those who prefer a more intimate ambience.

This ashram was founded by Swami Rama. The respected Swami was, in fact, the author of an abundance of acclaimed spiritual books. ‘Living with the Himalayan Masters' was one of his most respected works. The retreat is located next to the Ganges in the foothills of the Himalayas. The serene garden, full of mango treesand along with blossoming flowers, is the perfect place in which to relax and reflect. Furthermore, there are a variety of programs to choose from including Yoga Nidra (yogic sleep). The focus tends to be on meditation. 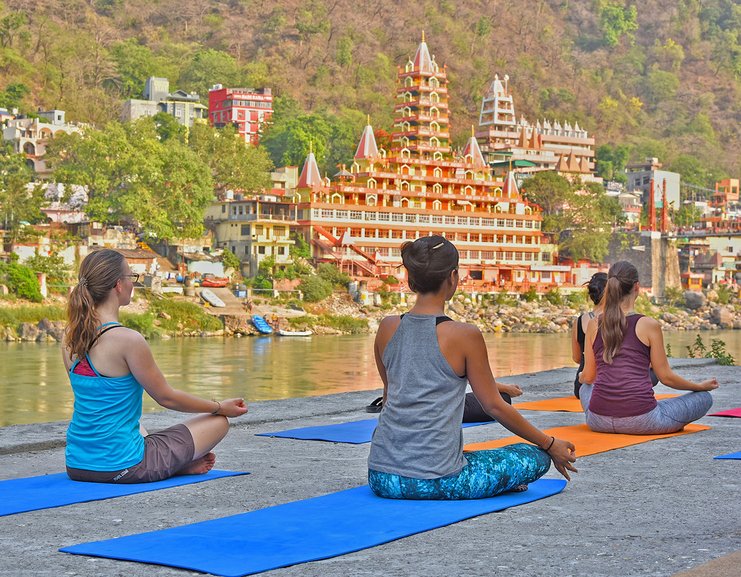 Yoga on the Ganges 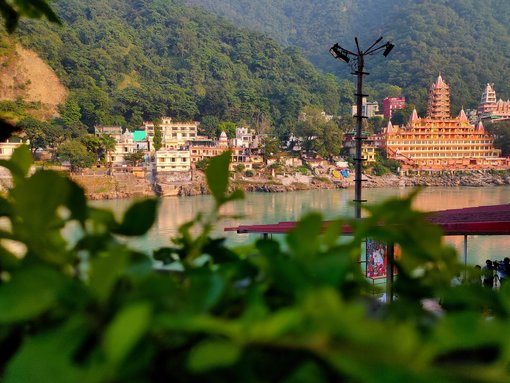 Top Things To Do In Rishikesh

River Rafting in Rishikesh or Kolad? Let Me Help You Pick!

Best Places to Visit in Rishikesh (A Detailed Guide)