Welcome to ‘Ten Highlights of Bogota' – a look at Colombia's colourful capital city. To be honest, we were a little sceptical about visiting Bogota. We had heard stories about other travellers being mugged or stabbed in the capital and had read that the streets of La Candelaria (and indeed, certain other areas of the city) aren't safe to walk at night. Additionally, we were due to fly to Bogota from Mexico in early March 2020 when COVID-19 was gaining momentum. We were, in fact, having doubts about continuing our journey to Colombia at all. 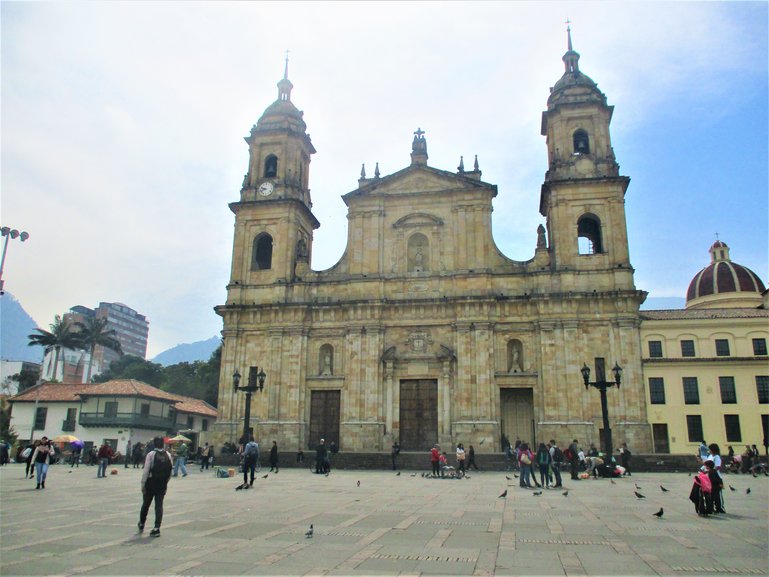 After thinking about it briefly, we decided to proceed with our trip. Neither of us wanted to return to the UK early (although as things transpired, we eventually had to). Consequently, we booked a secure apartment in La Candelaria, the historical core of Bogota. Although the neighbourhood is known to be dodgy, it is also home to some of the best street art and museums in the city and we wanted to have easy access. 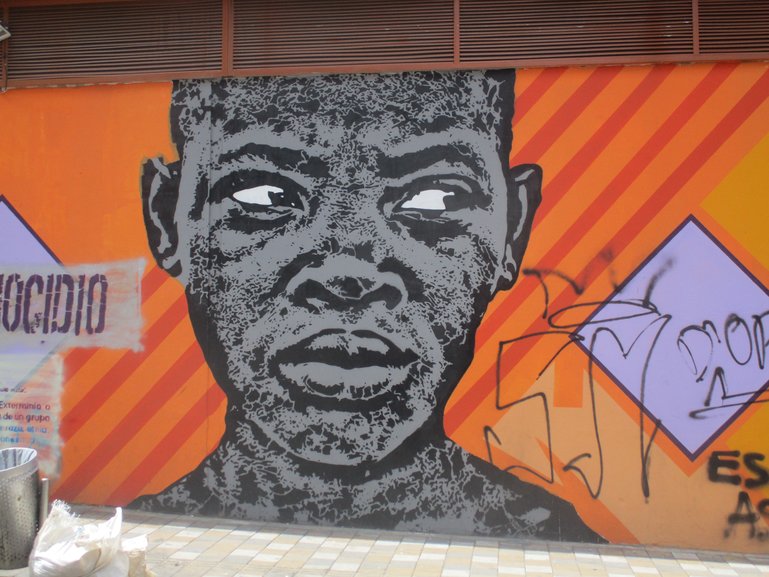 As it turned out, we both really enjoyed our stay in La Candelaria, and indeed, Bogota in general. Being keen on street art, we loved the abundant urban art at every turn. Additionally, La Candelaria was fascinating to explore. As a matter of fact, we felt perfectly safe wandering around during the day, but we did return to our cosy apartment by nightfall.

Looking back, we are so glad that we decided to continue with our plans. Bogota was a revelation and everyone we met was friendly and helpful. Without further ado, here we take a look at ten highlights of Bogota (in no particular order) :

1) Travel Back in Time at The Gold Museum

The first of our ten highlights of Bogota is the impressive Gold Museum. We weren't enthusiastic about the idea of going to the Gold Museum, but several people recommended it, so off we went. In fact, it far exceeded our expectations. For a mere few pesos, we were treated to three floors of stunning ancient treasures. The exhibits consisted of not only gold, but also of pottery, wood, shell, stone and textiles along with other metal alloys. Well curated, the signs are in both Spanish and English and explain about how important gold was to indigenous people of the pre-hispanic era. 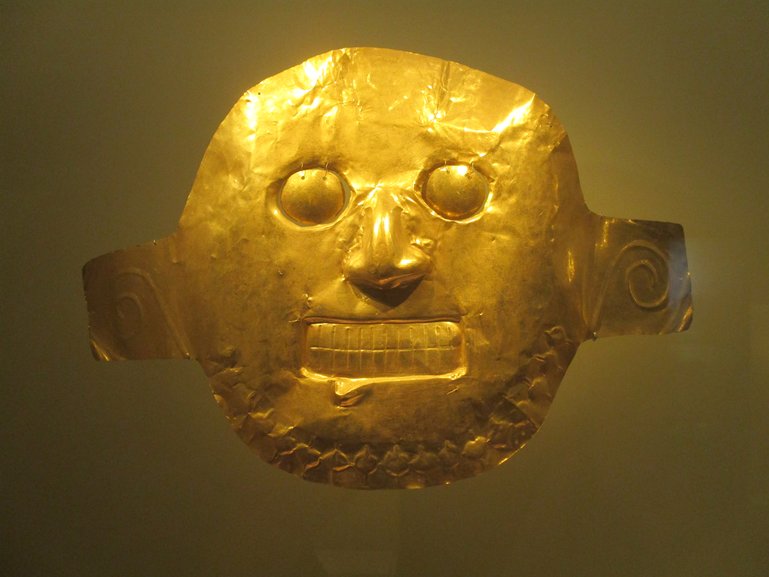 Located in the north of Bogota, this upscale district of the city is crammed with restaurants, bars, clubs, hotels and designer shops. There are no shortage of dining options to choose from and restaurants range from Mexican cantinas to French bistros. La Zona Rosa is very much a party hub and both locals and tourists are drawn to the area for its vibrant nightlife. Because it has a more international vibe than other areas of the city, prices tend to be a little higher.

3) Take a Stroll in Candelaria

Colonial La Candelaria has the highest density of historical buildings, art galleries and museums in the city. Wandering around the steep cobbled streets of the area feels like being transported back to another era. Vendors set up stalls selling trinkets and traditional Colombian bags while crowds gather around to watch street entertainers. It's especially lively at weekends. The street art is amongst the best in the city, especially in the area adjacent to Parque de los Periodistas. The impressive Bolivar Plaza is at the historical heart of the area and is surrounded by grand government buildings. 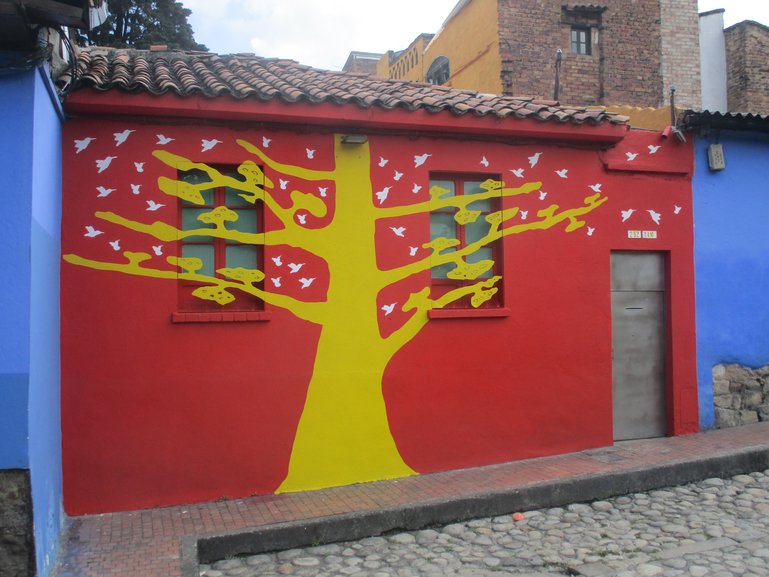 Mount Monserrate is probably Bogota's most famous landmark and offers panoramic views over the city. It's a tough 1.5 hour climb to the summit, but for those who don't feel up to the challenge, there's a choice of either a funicular or cable car. On arrival, a sculpture garden depicting Christ's resurrection leads the way to a small 17th century church. Additionally, there are a few restaurants and food vendors along with an array of market stalls. It's a busy spot on a Sunday mornings when locals attend for mass.

5) Enjoy the Whimsical World of Colombia's Most Famous Artist

This lovely art gallery, Museo de Botero, is located in the heart of La Candelaria, just a block from Plaza Bolivar. Fernando Botero paints whimsical rotund characters which are very distinctive in style. In addition to his own work, there are also paintings by Picasso, Dali and Monet along with a Henry Moore sculpture. The gallery is in a beautiful colonial building and the rooms surround an attractive courtyard. Entrance to the gallery is free.

Chapinero is situated in the north-east of the city and is Bogota's hippest district. With its vegan eateries, head shops and cool cafes, it's alternative, fun and buzzing. Additionally, it is home to Bogota's expansive LGBTQ scene and there are over one hundred bars, clubs and shops. Theatron, the largest gay club in South America is, in fact, located in the centre of Chapinero. The area of Zone G is also a heaven for food lovers with cuisines from all over the world represented and prices to suit every budget.

Another of our ten highlights of Bogota was joining the Bogota Graffiti Tour in Candelaria. We met Jay, our guide, in Parque de los Periodistas on our first morning in the city. Jay was enthusiastic and knowledgeable, showing us some of the best street art in the vicinity. In addition to learning about the artists and street art, we also were given plenty of background of the city itself. The tours are free, but donations are appreciated and all proceeds go towards supporting street artists. 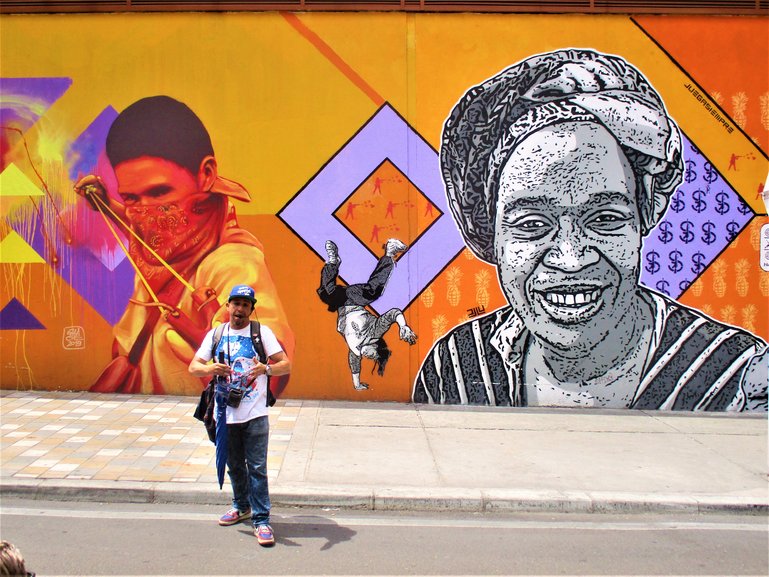 The plain exterior of this 17th century church doesn't give any indication of the beauty which lies within. Situated just off Plaza Bolivar, the church has been transformed into a museum which is brimming with well-preserved religious relics and paintings. Thankfully, its transformation doesn't detract from its magnificence as a church. The design of the walls, ceilings and altar are incredibly elaborate. Additionally, the museum has interactive exhibits and information which explain about the history and architecture of the church.

9) Chill out in the Park

This huge park is the green lung of the city and the place that locals come to chill out, celebrate birthdays, take a stroll or simply escape the buzz of Bogota. Not only is it clean and well-maintained, but it feels safe. With its walking and biking paths, it's idea for exercise. The focal point is a large lake situated in the middle of the park where boats can be hired. The park also plays host to a large number of events and festivals throughout the year including an international free rock concert.

10) Immerse yourself in Colombian Culture at the National Museum

Our final choice of our ten highlights of Bogota is the National Museum. This building was, in fact, a former prison. Many of the cells have been transformed into exhibition rooms, offering added interest to the museum. Dedicated to the art and history of Colombia, there are around 40,000 pieces to see in this spacious museum from pre-hispanic artefacts to modern day exhibits. It's a bit of a mish-mash and doesn't appear to be in any logical order, but if that doesn't bother you too much, there is much of interest to enjoy. The museum also has an attractive courtyard and a café.
Advertisements 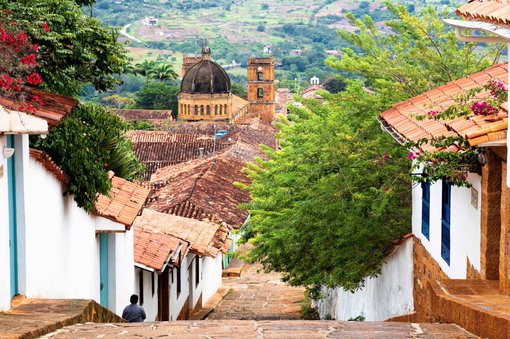 The 7 Most Beautiful Heritage Towns in Colombia 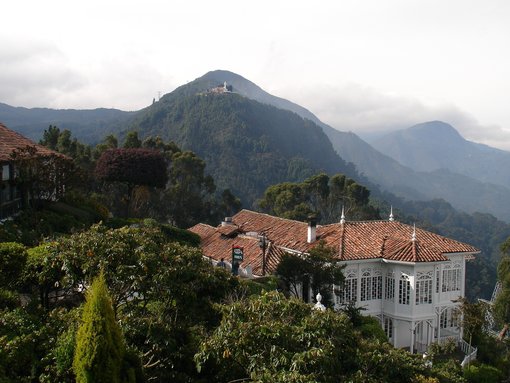 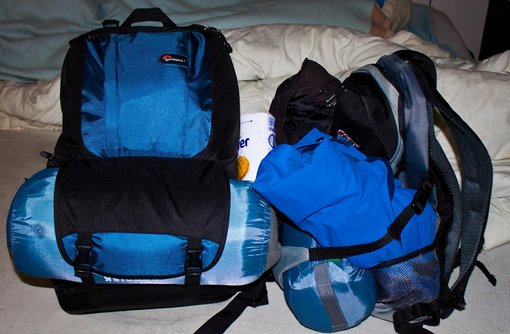 How to Crush Your Colombian Hiking Adventure

This trip will take you to some of the most beautiful destinations in Peru. Together, we travel to wondrous places such as Cusco, Pisaq ruins, Maras, Moray, Salineras, Ollantaytambo and finally the astonishing Machu Picchu.