10 Awesome Places You Must Visit in Pakistan

Pakistan is one of the most blessed countries in the world when it comes to natural beauty. The political conditions may thwart some tourists from visiting, but those that do visit go back with great memories and loads of recommendations for other people. If you plan to visit Pakistan anytime soon, you must visit these 10 places: 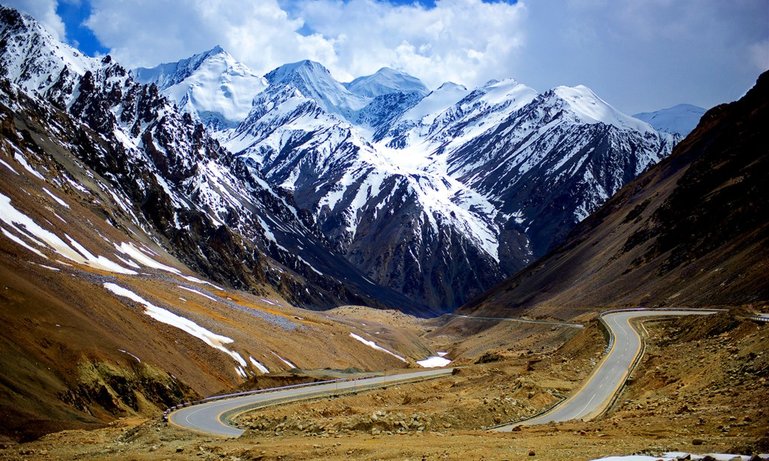 One of Pakistan’s most visited locations, the Swat Valley is located in the Hindu Kush Range and is characterized by lush green forests, snow capped mountains and the clean flowing river of Swat. The valley is at an approximate height of 3220 feet and the valley is often called a “Mini Switzerland” because of its similar climate and beauty.

If there is heaven anywhere on the face of the earth, it is there. The valley is located about 3 hours away from Gilgit and consists of clear water that reflects the surrounding greenry and forests so beautifully that it seems to defy reality. With cold weather and frequent rains, this valley is a must visit.

Ziarat, located in the Ziarat district of Pakistan, is known for the founder, Mohammad Ali Jinnah’s residency. The weather is always pleasant, with snowfall in the winter that really makes the place one of the most beautiful locations in the province. The greenery and hill station attracts all local students and several schools take children to see the house of the Quaid e Azam.

Ranikot fort is located 90 kms to the north of Hyderabad and is known to be one of the largest forts in the entire world. The site has been nominated as a national heritage site by Pakistan since 1993. The fort is also known as the Great Wall of Sindh as it runs for an approximate 32 kilometers. The site is a popular historical site, particularly for people in Sindh.

The vallay of Neelum seems to have come right out of a movie. The neelum valley is located in Azad Kashmir to the North of Muzaffarabad. The grass covered ground and a vast 144 km long valley has the “Ratti Gali” river running through it with several popular landmarks such as the Sharda University, which is one of the oldest University in the region.

The Kerthar range extends from Sindh to Balochistan and consists of several different important landmarks such as the Gorakh hill station. With pleasant temperature throughout the year, the site becomes a special attraction during the initial weeks of winter, especially for those that love to see snowfall.

Located in the Mansehra district, Naran is one of the most popular tourist attractions around the world. The fast flowing rivers, calm lakes and astounding beauty and greenery make Kaghan one of the most beautiful places across the world. The most famous tourist site in the Kaghan is the lake Saif ul Mulook that is shrouded with myths and ancient stories and can only be reached after hours and hours of trekking.

Forming perhaps the only space for deep sea diving within Pakistan, the Mubarak village is one of the most famous tourist attractions in the summer seasons. The village presents a relief from all the city stress and opens you up to clear waters of the Arabian Sea. The way to the village is on boats and so the automobiles have to be parked away.

Very few people know this, but Shandur is ranked as the highest ground for Polo in the world. Located in the Chitral District, the Shandur Pass is surrounded by beautiful snow capped peaks and characterized cold weather. The snowfall in winters makes it difficult to travel but the pass is open the entire year otherwise.

Bahawalpur is a heaven for those that love history. The city is filled with huge palaces and historic buildings that belonged to the kings and princes in the pre colonized India. What was once a Princely state is now a city of Pakistan. Bahawalpur is located on the Sutlej river and consists of everything from desert to greenery, mosques to museums and palaces to huts for tourists to see.

This article is published by Tripfore.com, a travel blog focused on best places, things to do, and top attractions in the world.

I have hear a lot about Ziarat and Swat Valley and one day will definitely visit these 2 places in my life.

Have an early start with the least crowded Phi Phi Island Tour. Get the extra advantage of leaving early to avoid many of the crowds and experience more time around the Phi Phi Islands.