The most scenic mountains are volcanoes and thrust fault Mountains (Alps, Rockies, Himalayas). While Pikes Peak (14,110 ft above sea level) looks like part of the Front Range of Colorado's Rocky Mountains, it is not. Pikes Peak is the classic example of a rare type of a mountain called an elevated batholith. A batholith is a big underground pool of lava (technically magma) that has solidified into rock. Tectonic forces pushed the Pikes Peak batholith up more than 7,000 ft above today's ground level. . The Rocky Mountains are made of sedimentary rock, mostly gray colored limestone like the Alps. Pikes Peak is volcanic rock, Pikes Peak Pink Granite, a really big rock about one billion years old. Unlike mountains made of sedimentary rock where the age of the rock changes with the height of the mountain. All of Pike's Peak is the same age, and its really old.

There is an easy road (fee) to the summit oy Pikes Peak. This is a paved road. NOTE: sparsely populated places in the USA, like the intermountain West, have four types of road surfaces, paved, gravel on top of dirt, dirt, and surfaced (rare. I will try to explain it in a future Tip on the San Rafael Swell).

How to Get there

Best choice: Runt a car (car hire) in Denver. Its a round trip, so no drop off changes.
For not do it yourself, there are several tours offered from Denver. These tours do not us a 50 seat coaches (bus, in USA English). You will travel by SUV (2-6 pepele) or by van. 8-15 people.

Garden of the Gods-- small sandstone red rock monoliths.
The Front Range- the eastern fare of the Rocky Mountains. Can't be missed is its not foggy, for Pikes Peak is so close to the front range that its a common error to think Pikes Peak is the start of the Rocky Mountains. Its not. Its a separate, very unique mountain.
Cave of the Winds
Colorado Springs-- The US Air Force Academy Chapel, a striking moderd church.

My Tip, The # 1 Best Ever Trip to the USA recommends stops in 3 cites, Denver, Salt Lake City, and San Francisco with a variety of tours from each city. From Denver, I suggested two essential tours, Rocky Mountain national park to the north and Pikes Peak to the south. If you only have time for one, do Pikes Peak. 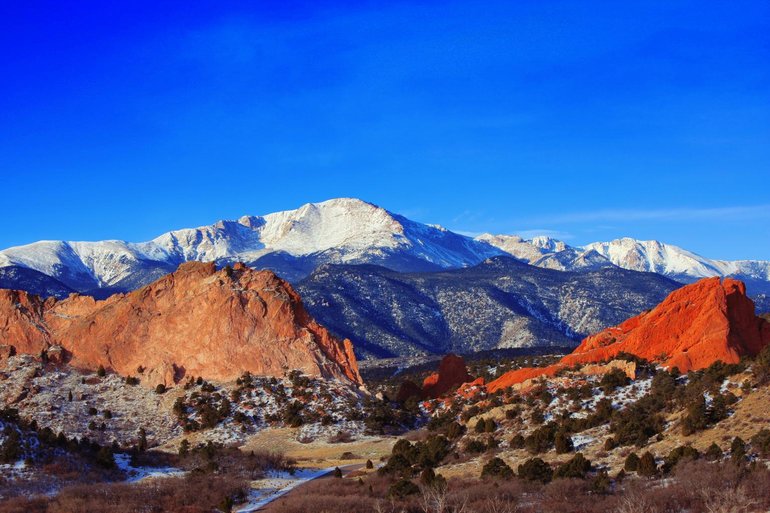 Pikes Peak and Garden of the Gods. 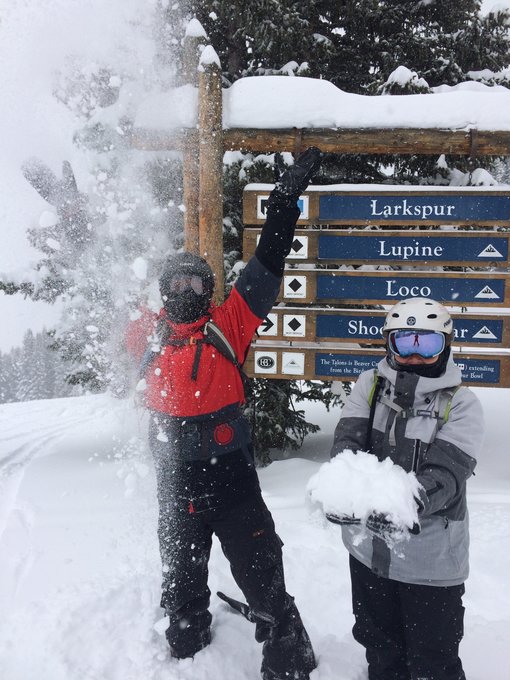