This report is about a carefree summer in which I visited Spain for the first time, and I chose two classic destinations for the period and considered evergreen. I'm glad I saw them, and I think they should both be seen once in a lifetime, although neither of them particularly stole my heart. And I'll try to explain why, hoping that no one will hate me, considering what big and beloved cities we're talking about.

I landed from Bologna to Valencia, and here begins my summer trip. First impressions I've had on this town? It felt a bit like the Spanish Rimini. I didn't see anything particularly striking about it, nothing that caught my eye or teased me, apart from of course the incredible sun attitude of the Spanish, which I love, and their rhythms of life so relaxed, that I would like to learn to take on myself but that I can't. Obviously the holiday was mainly set to maritime life, which is a bit what you do if you go to Valencia. The most beautiful, famous and characteristic part of the city is definitely the City of Science, and that one Definitely i liked, I found it very original. Beautiful to stroll around on the fantastic days of Valencian sun, sit drinking an excellent horchata, typical Valencian drink made from milk and root of a plant that grows there. In addition, the City of Science contains the Oceanographic, the Valencia aquarium, to which I paid a visit since I love aquariums, and I sincerely appreciated it very much. 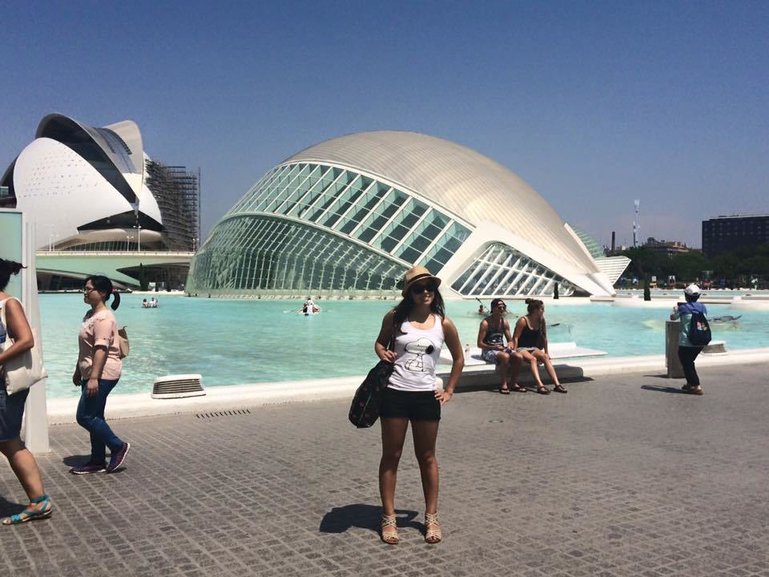 Another thing to see about Valencia, is obviously the old town, cute but in my opinion not as much as the other historic centers of Spanish cities that I have seen. The bullfighting arena is a beautiful building, as is the cathedral, and even in the old town you can breathe the typical relaxed air of this city, which makes you feel like you are on holiday like never before, and so far from the problems. That's why Valencia is the favorite holiday city of many, as well as a favorite destination to do the Erasmus university, as well as remember from my studies.

What to eat, doesn't even need me to say it, Valencian paella is known all over the world! And it's also one of the most delicious dishes. You can have it with meat or fish, although I think somewhere it is even mixed. We ate it with fish, in one of the many places that are located in the center, and it did not disappoint us, among other things spending a small amount (in Valencia I found that life is not expensive). 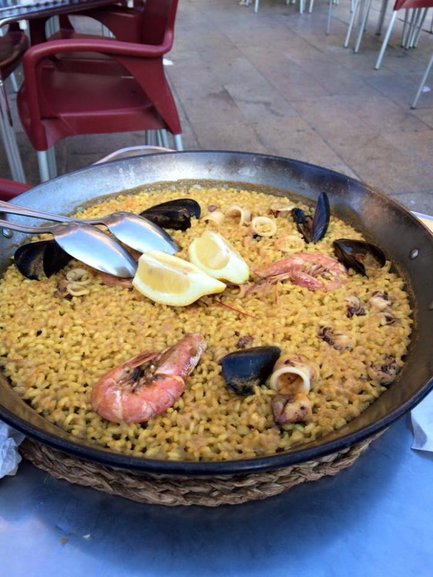 Another famous aspect of Valencia, the movida. It is an extremely lively city, and the fun is guaranteed. Today I care less, but then I was happy to spend an evening in the name of fun, and I did it at the most famous disco, the Umbracle, right at the City of Science, very beautiful illuminated in the evening, nothing to say. At Umbracle there are millions of young people of all nationalities, many Italians and Germans. If you enter at Italian time, that is, extremely early for the locals, around 11 p.m., you do not pay the entrance, but the real nightlife, does not start before one o'clock at night, according to our local friend.

The last thing I mark Valencia, is the playa of Saler, a beach that you reach by bus and is out of town. According to the locals it is very very beautiful, and we went because intrigued. It is a very big beach, nothing more.

We reached Barcelona with 4 hours of super cheap bus (5 euros each!) from Valencia. I was so excited to see this city, I've wanted it for a long time. Barcelona in my opinion owes everything to Gaudi. Casa Mila, Casa Battlò, are just two examples (I did not visit them inside), but let's talk about the Sagrada Familia. The most special church in Europe, not yet completed. The Sagrada is really magnificent. Unfortunately we hadn't booked the entrance ticket online, and arrived that there was too much queue, we couldn't get in, but everybody says inside it's just as wonderful. Please book your ticket online!!! 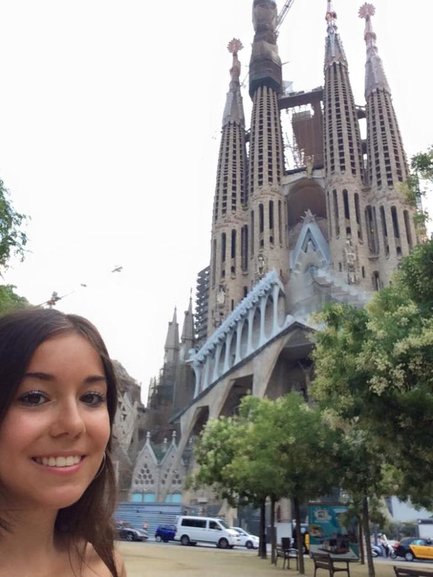 In Barcelona we were on the metro. I would like to dispel a myth: I had been warned of Barcelona as the most dangerous city in Europe, but I did not find it that way. Maybe I was lucky, but I always walked with due attention without ever feeling threatened, in any street of the center. I never took hidden routes, nor did I take the subway at night, though. In any case, for those who were afraid, just be careful!

One of Barcelona's most famous sights is La Rambla, a street full of food and markets, including the Boqueria market, where I ate some great fruit and ice cream. This market will attract you with its many colors and fragrances. Be careful because they say the thefts here are frequent, even though we haven't seen anything dangerous or felt in danger, ever.

I can't help but mention Parc Guell, the place I most liked in Barcelona. This is the kingdom of gaudi, a park of works of art created by him. It must be seen absolutely. It's on a small hill, but it's convenient to get there by metro. I loved it, it felt a bit like being inside a fairy tale, you'll make a thousand wonderful photos definitely. 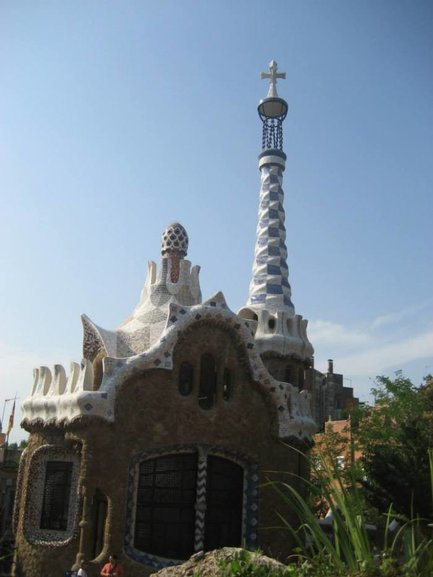 Obviously, given the great heat and the beautiful sun, we also stayed at the town beach, the Barceloneta, which I did not like, I would not call it a beach, but a tiny sandy tongue with sea not too inviting, but it has to be seen, and a bit of relaxation was there.

Basically, what did I like about these two Spanish cities, apart from the gaudi works for Barcelona, and the City of Science for Valencia? The pace of life, of course. They're all cheerful, all happy, all relaxed. Food, because in Spain it is delicious. People, they're all friendly and smiling. What I did not like? It's not about something I didn't like, just nothing was particularly sculpted in my mind and heart, but I still recommend going to visit these two cities, because each of us is different and sees things differently, the beauty is subjective! 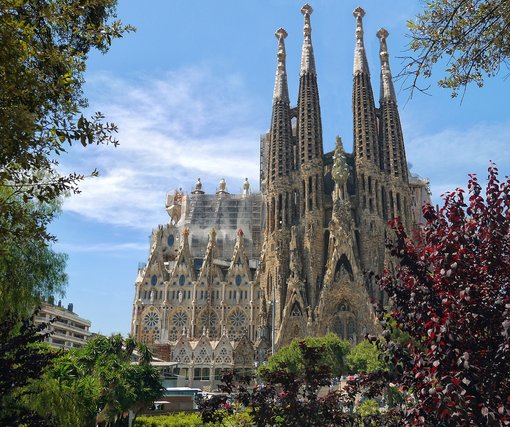 Barcelona: What to See in 3 Days 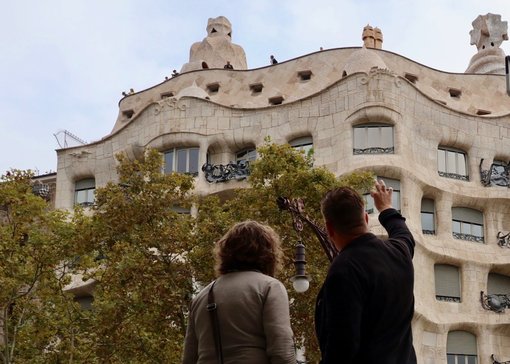 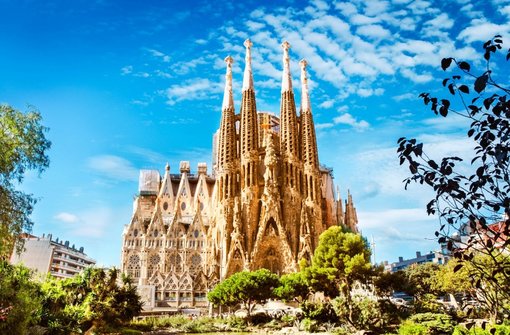