How to Spend Four Fabulous Days in Chicago

Recently, my daughter and I visited the city of Chicago in celebration of her high school graduation. While I had been to the city of Chicago twice before, both were very brief trips. I have always considered Chicago one of my favorite US cities. However, my impression was based largely on walking around the Loop, visiting the Art Institute, and taking the architectural boat tour. Fortunately, my impressions formed during my limited experience held up.

Chicago is America's most miraculous achievement: a business, artistic, intellectual and cultural mecca 1,500 miles from any ocean. There are so many great things to do in Chicago. The museums, attractions, and experiences are as great as those in any American city. The number and variety of restaurants is impressive. I'm happy to say that my daughter and I had a fabulous time in the city of Chicago. And if you follow in our footsteps, I guarantee that you will as well. 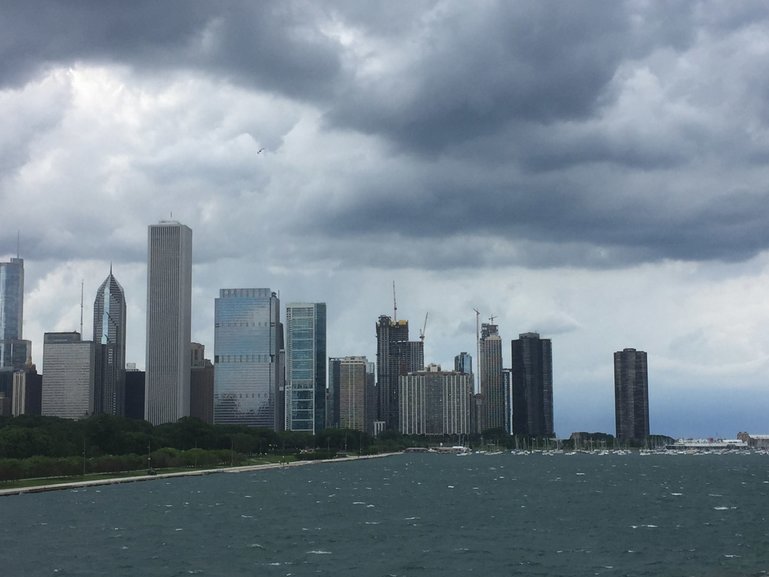 Cultural Attractions in the City of Chicago

Chicago's museums take a back seat to few other American cities. My daughter and I are museum junkies, so we knew we wanted to hit as many as we could.

The Field Museum sets the bar for natural history museums. Granted I'm suffering the immediate afterglow of the city of Chicago, and revisiting the Smithsonian or American Museum of Natural History of New York would likely attenuate my position. However, the immense scope of human, animal, vegetative, and mineral history covered at the Field Museum is breathtaking. Covering it all in 4-5 hours will also take your breath away. Be forewarned: the Field is both massive and dense with compelling information. My daughter and I found ourselves pushing from fascinating exhibit to fascinating exhibit so we could cover it all, grab lunch and head to....The Art Institute. 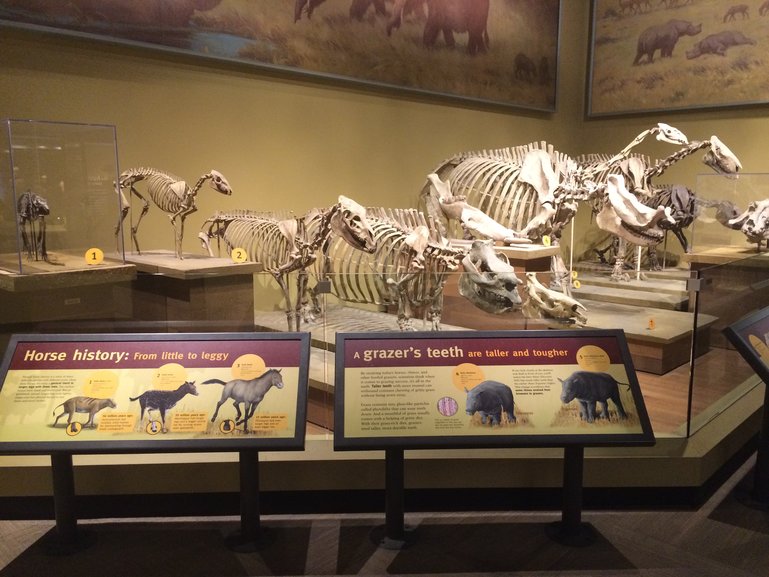 The Art Institute of Chicago

If you start a conversation about the best art museums in the country, the Art Institute quickly gets in the mix. Iconic works like Seurat's A Sunday Afternoon on the Island of La Grande Jatte, Wood's American Gothic, and my favorite Hopper's Nighthawks abound. While expansive across many eras, The Art Institute is particularly strong in the Impressionist and Modern Art movements of the 20th century. As with the Field, this is not a museum you can zip through in an hour. Leave yourself several hours, take some breaks, and take it all in.

The Museum of Science and Industry

Rank the best science museums in the country, and Chicago's is right there near the top. Sitting on the south side of Chicago, about 6-7 miles from the center of the Loop, lies another gigantic edifice of stunning exhibits. Whether the focus is a coal mine or a tornado, this museum teaches by involvement. This, along with many interactive exhibits for kids, makes it an ideal stop for families. My favorite display is the story of the U-505 submarine rescued in the Atlantic during WWII after being bested in battle and towed to the US for analysis. Eventually, in a feat that seems typically Chicago-impossible-but-they-did-it, it made it all the way to the Windy city.

The Shedd Aquarium was a welcome break from the museum run. Not as massive and overwhelming as the other sites, but nearly as impressive. The aquarium had sections with regional themes (e.g., Amazon, Caribbean, Great Lakes) that gave you a quick snapshot of the ecosystems of different bodies of water. The main tank held beautiful fish and sharks. Even better, the aquarium was manageable and easy to navigate. In a brief opportunity to sit down, we gratefully took in a 4-D film about sharks which was interesting and beautifully produced.

The Museum of Contemporary Art Chicago

The curators of the Museum of Contemporary Art clearly have a great eye for compelling current and recent artists. As a bonus, entry for my 18-year-old daughter was free, and adult admission was just $12.

One current exhibit, the works of Nigerian-born Otobong Nkanga, is among the most stunning and powerful I have ever seen. The scope of her work appears boundless. Her work is tied together by themes of the impact of colonialism on African culture, people, and landscape. There were works by big names like Koons and Calder. Mostly though, The MCA will expose you to artists you have never heard of, but who you will never forget. 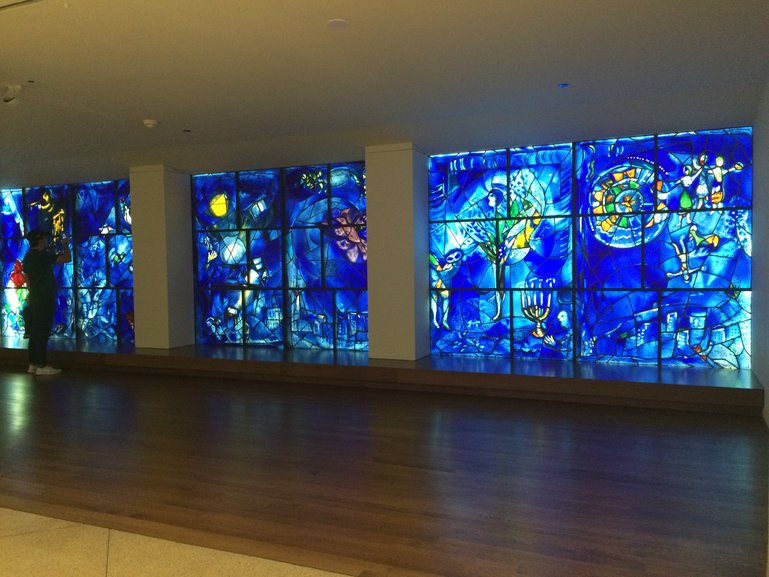 Stained Glass at the Museum of Contemporary Art

I'm not a "tour" person, but the architecture boat cruise conducted by the Chicago Architecture Foundation is not to be missed. A friend took me on this tour the first time I visited Chicago, and I paid it forward the second time I visited. Yes, a man who hates tours took the same one twice. This tour gave me a true appreciation for the thoughtful, rich history of the downtown Chicago renaissance. Knowing how all the pieces fit together, about the competitive nature of architectural bids, and about the care to make disparate styles work in unison, gave me a new appreciation for urban planning.

There are a lot of boat tours, so make sure you get the Architecture Foundation one. It's pricey ($47 per person in day, $52 in twilight), but it is well worth it. Also check out HotTix for potential mid-week discounted tickets for tours and other Chicago events (see below).
If you're not up for the tour, just walk the city. Go down to Navy Pier and walk the length and back. Wander through the vast parks between the Art Institute and the Field and Shedd. Wander through as many streets in the heart of downtown as you can. We downloaded a walking tour app of the city of Chicago which provided a nice history of several key buildings.

As you would expect, dining options in the city of Chicago are infinite. My daughter and I sought out some interesting options not necessarily in our normal rotation of Indian, Mexican and burger/steak places.

First up was Tryzub Ukrainian Kitchen. Tryzub had a modern look and feel inside, with attractive lighting, interesting tiling and plenty of room between tables. We started with traditional pierogis, which were excellent and the highlight of the meal. My daughter had the chicken paprikash and I had the steak goulash. The goulash was very good, really tender braised beef accented by a good vegetable mix. The chicken paprikash was fair, not quite spicy enough for either of our palates. Overall, a solid meal, but not spectacular.

We figured we needed to try one of the famous Chicago pizza places, so we took in one of the Giordano's sites downtown. Neither of us likes the thick crust Chicago-style of pizza, so we opted for thin crust. Maybe our mistake, but we were underwhelmed. Our local Boston pizza place makes a better pizza for half the price. But again, perhaps it was not a fair test.

Our final dinner was at a Senegalese restaurant called Yassa African Restaurant. This is a small place (no more than 25 tables) in the Bronzeville section of south Chicago. My daughter had the Yassa chicken, which is marinated and then grilled with onion, garlic, mustard, lemon and spices with aloco (plantains) as a side. The chicken was tender and beautifully spiced. I'm not a plantain fan, but my daughter loved them. I had the Dibi chicken, a heaping plate of crispy grilled mustard coated chicken with rice. The chicken and rice were both tremendous. I also had the ginger juice which is not for the faint of heart. I loved it, but could not finish it, as the ginger burned too much to drink quickly. Service was relaxed. If you are in a hurry, this is not the place for you. But my suggestion is settle in and enjoy.

My daughter and I fashion ourselves ice cream connoisseurs (some would say judgmental snobs). So we outlined our ice cream plan ahead of time. Chicago delivered here too, with specific kudos to the funky Chocolate Shoppe Ice Cream on W Devon Ave (convenient to or from O'Hare) and locally made Graeter's Ice Cream, available at many grocery stores or large big box stores. 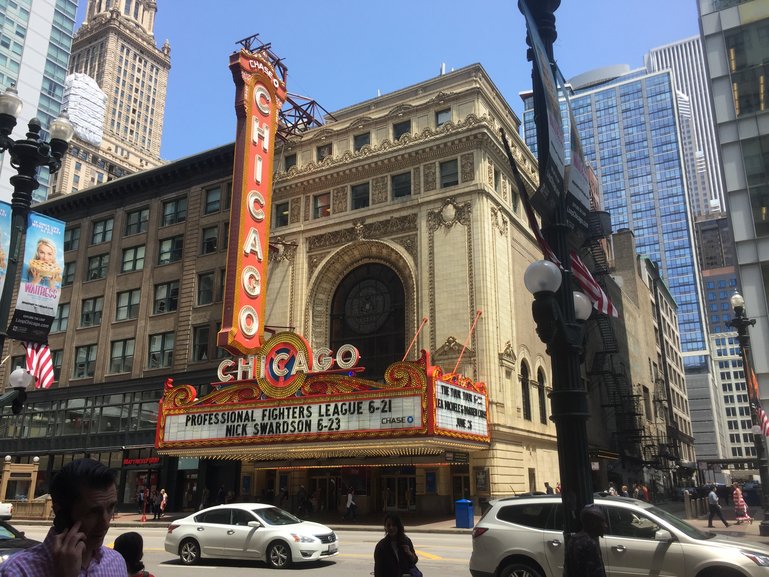 Frankly, I've barely scratched the surface of Chicago entertainment options. My daughter and I scored half-priced tickets to a small, experimental world premiere show through HotTix (only cost us $13 a piece including service charge). We had planned to take in the world famous Second City troupe, but our Senegalese dinner ran long and we didn't have time to catch the show. Our research revealed innumerable other theater and comedy options. Also, the many blues clubs are calling to me on my next visit. For sports fans, the Cubs and White Sox in the summer and Bulls and Blackhawks in winter provide a relaxing night out.

As we stayed in a neighborhood about 5 miles from the Loop, we decided to rent a car. Parking of course can be pricey and difficult to find downtown. Street meter costs, and rules for free times, vary by region (see map here and more info here). If you park in a cheaper zone (or one free on Sundays) you can save substantially. For example, when we went to the Field Museum and Art Institute on Sunday, we made sure we parked near the Field and below Roosevelt Road in the blue region, because it was free on Sundays. If we parked just a couple hundred yards up in the green region, it would have cost us $4/hour and if we tried to park near the Art Institute it would have cost $6.50/hour. In busy workweek times, you may want to not worry about any of this and use a garage. You will save huge amounts of money and hassle if you use SpotHero (which is available in many major cities).

If you are staying downtown or convenient to a station in outer neighborhoods, you might just skip this all and take the L, Chicago's iconic elevated rail system. That will get you around pretty well with even less hassle.

The city of Chicago is a great American city. While many large U.S. cities had the inherent advantages of being coastal, Chicago has had to actively seek their piece of the action. The result is a grand city, with a physical, cultural, dining, and social landscape that is difficult to match. If you have never been to Chicago, reserve four or five days and take it all in. You won't be disappointed. 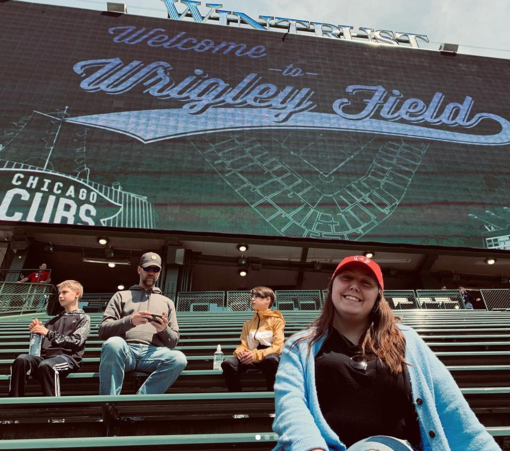 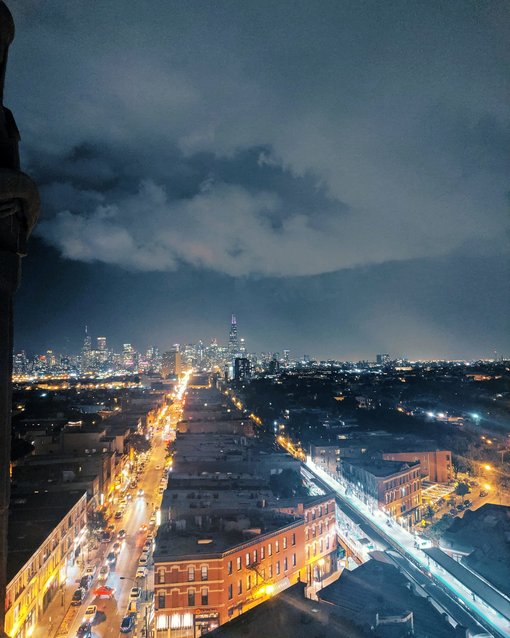 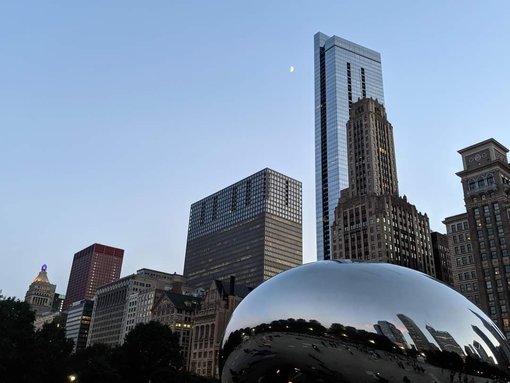 5 Free Things to Do in Chicago