How Much Does It Cost to Travel by Train in France?

Train prices in France vary greatly (up to 1000% for a same itinerary, or even more) depending on a lot of parameters. This article is here to give you a rough idea of what to expect and to share a few tips to help you save as much as possible.

How to travel by train for cheap in France

Here are a few general rules of thumb:

What's the catch with Ouigo?

Ouigo is low-cost high-speed trains brand running in France. The company is owned by the French Railwail Company (SNCF), but the service and the experience are a bit different than "normal" trains. For a relatively equivalent journey, prices offered by Ouigo are always cheaper than their counterparts.

Ouigo serves around 50 of the 3000 train stations in France, mostly in major cities. However, it sometimes uses non-major stations, often farther from city centers. It can also use different "halls", also farther from the station entrance.

Note than biggest cities can have multiple stations served by Ouigo (5 in Paris, 3 in Lyon, etc).

Other services are minimalist. For instance, there is no trash can onboard. You must wait for the cleaning service to collect your garbage.

All prices are for 2nd class, 1st class (not available with Ouigo) is roughly 1.5x the price of 2nd class.

Some countries and city-states can be reached by train from France: Spain, Andorra, Monaco, Italy, Switzerland, Germany, Luxembourg, Belgium, the Netherlands and England.

Note that Ouigo is only available to (and even within) Spain. Other routes can be operated by SNCF, Thalys, Thello, Eurostar, Trenitalia or DB.

Here are a few price examples:

Hundreds of discount cards are available when traveling by train in France. It's a bit of a mess, but if you take time to explore your options, you might end up saving a lot. Even just for a round trip.

A discount card can be bought at a one-time fee (roughly €19 to €399), is usually valid for a year, and offers cheaper ticket prices. If you own a discount card, don't forget to select it when buying your ticket so that the discount can apply. You'll need to have it with you, along with your ticket, when traveling.

Most of the time, cards can be bought both online and at a train station. Physical cards require a picture.

There are two types of discount cards:

You can find the national discount cards on SNCF's website. There are only 5 and they're pretty straightforward (age categories, family, weekend only, frequent travellers). Click on "check it out" to see the details.

Regional discount cards are a bit of a rabbit hole, especially since many of France's regional rail network websites are only available in French. Those rail networks are often referred to as TER (Transport express régional).

Here are the different regional rail networks in France, depending on which region you want to travel within. The links will get you directly to their discounts/fare page:

Each of these networks have their own specific discount cards. You can often encounter Bons Plans (Great Deals) which are discounted one-way tickets.

For instance, TER Fluo Grand Est (North-East region) offers roughly 70 different discount cards (some of them include bus discounts, sometimes combined with train discounts). Their website has an "English language" flag, but unfortunately their discounts page is not translated.

If you don't speak French, you can either use Google Translate or ask for more information in a train station. Good luck!

Where to buy train tickets 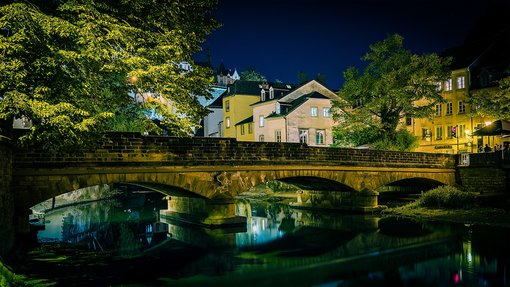 Visiting Luxembourg on a Budget